Computers And Servers All WIPED At 1MDB

Concerned staff at 1MDB have confided that all computers and records at the troubled fund were recently called in and wiped. They say this includes not only personal computers belonging to staff, but also the mainframe servers as well!

The order came as a surprise move by management, according to sources and it happened just before Christmas. Staff were contacted directly by phone or in person and told to take their computers immediately to the IT section in order to be wiped. 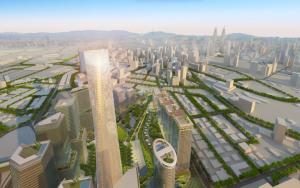 The Tun Razak Exchange is one of 1MDB’s key projects.

None of the instructions were delivered by text or email, leaving little record of the blitz, which took place in the space of just a few hours.

The result is that there are few records left available to show what has been going on at the beleaguered fund and this is widely believed amongst staff to be the reason.

The excuse was they had ‘been hacked’

The excuse given to bewildered staff members was that there had been a systems hack.

One of them sent out this message on the day it happened, which was Friday 19th of December, a fortnight before the departure of the previous CEO Mohd Hazem Abdul Rahman:

“1MDB has been collecting employee laptops and company-issued handphones today. Staff were contacted in person or by phone call and informed to hand them in to IT. No emails or text messages were sent. On asking the reason for the hand-in staff were advised that there has been a hacking attempt and that therefore the company is collecting all laptops and handphones in order to wipe them (wipe the discs clean) before they are returned. Parallel to that the main servers are being wiped. If you try to email a 1MDB employee now the email will bounce back as undeliverable. Obviously the reason given is incredulous to say the least”

Experts have told Sarawak report that the excuse of a hacking attempt is indeed rarely a credible reason for wiping information from servers:

It makes absolutely no sense to wipe servers to protect against hacking or online attacks. Instead you would either take these severs offline altogether until the issue was resolved or step up security. When Sony was hacked recently they didn’t wipe all their servers.

This snap decision to expunge all past records and emails from all staff computers and handheld devices as well as the organisations mainframe computers will inevitably raise questions about whether management were trying to conceal potentially embarrassing information before the handover.

Numerous questions have been asked for several months from all quarters about the hundreds of missing millions from the fund, which were raised from public borrowing. 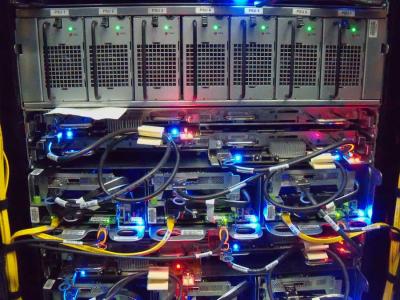 Everything Wiped – what were they trying to hide?

There have been few proper answers forth-coming from 1MDB and now it appears there may be no evidence to be had either!

Were outgoing team deliberately covering up evidence and if so what, people are inevitably left wondering?

Just in September, Sarawak Report, for example, had disclosed that it has been given access to emails, which indicated the extent of the involvement of tycoon Jho Low in 1MDB’s decision-making processes.  Was this the reason for the attempt to wipe anything that could corroborate such information from 1MDB?

An emailed directive was later sent out to all staff confirming the situation that all data pre-19DEC2014 is no longer retrievable. “It is an internal email” one staff member told Sarawak Report. “It says that as part of the wipe all 1MDB HQ emails have been re-configured. All emails prior to 19DEC14 are permanently wiped”.

It is generally acknowledged that 1MDB has become the single biggest threat facing the Malaysian economy, according to observers with borrowings now standing at over $USD40billion and a number of assets widely believed to have been highly inflated in value.

There is also a mysterious black hole at the centre of the fund, which its managers have found impossible to account for. This is an alleged billion dollars, which it is claimed is resting in a redeemable Cayman Islands account, having been allegedly repaid to the fund by the company PetroSaudi, which originally received the loan.

The former CEO of 1MDB had claimed at the end of last year that this money was being ‘repatriated’ to help fund pressing debt repayments to Malaysian banks on the billions borrowed.  When he took over the job in January the new CEO was first quoted as saying that all the money had indeed been returned. 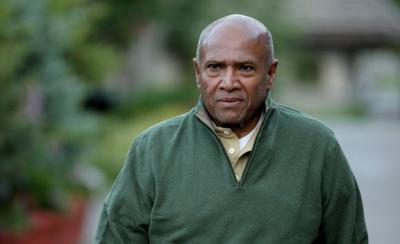 Business tycoon Ananda Krishnan is being pressured to pay up.

However, it is now admitted that this is not the case and the current excuse is that the low level of the dollar makes it a bad time to try and return the money.

Instead, business tycoon Ananda Krishnan is being pressured to stump up RM2billion to prevent 1MDB defaulting on its loans on Feb 18th next week, which would plunge the Malaysian economy into crisis.

Krishnan has been resisting extradition to India in connection with a corruption case and it is understood that Malaysia may stop protecting the businessman unless he cooperates.

It is an ugly stand off. And the escalating crisis has led to an increasingly poisonous atmosphere politically. The man with full responsibility for the fund is its Chairman, who is also the Finance Minister and Prime Minister, Najib Razak.

Both opposition politicians and increasingly leaders from Najib’s own UMNO party are demanding accountability and an explanation as to how such a vast debt could have accumulated out of borrowings in just five years?