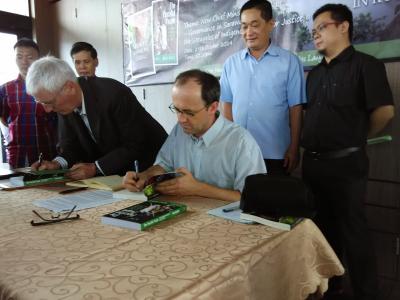 Following a barrage of threats against their publishers and distributors like Amazon, the Bruno Manser Fund has issued a challenge to Governor Taib Mahmud’s London lawyers to either carry through with their complaints or to stop trying to bully third parties into suppressing the book Money Logging – On the trail of the Asian Timber Mafia, which will be launched in London next week.

We print the text of the letter to Mishcon de Reya, which is self explanatory.

The legal firm, which boasts of the “Ultra High Net Worth” of its Asian clients and has bragged about its defence of a Malaysian “UHNW individual”, assumed to be Taib, from criticisms by journalists, started issuing its threats for “immeasurable damages” in October.

The legal firm told Amazon and the publisher Bergli Books that given their client’s extreme wealth the cost of the “defamation” would be all the higher, because of the damage to Taib’s “business reputation”. 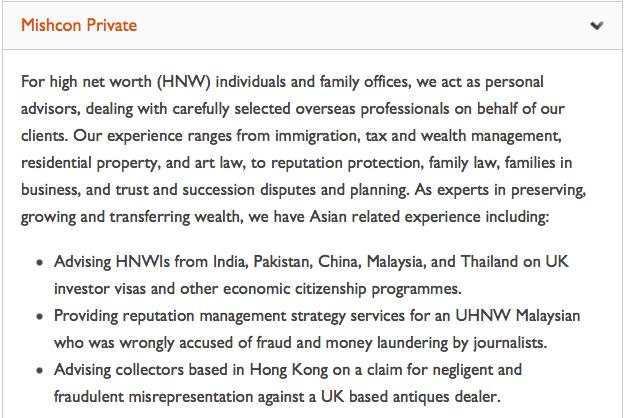 Reputation management for an Ultra High Net Worth Malaysian wrongly accused by journalists….

BMF have pointed out that Taib has no business to be wealthy and no legal right to be in business, given his years of public office.

The NGO says that Mishcon de Reya should now make good their threats on behalf of their client, because no one has taken any notice of their demands to withdraw the book. 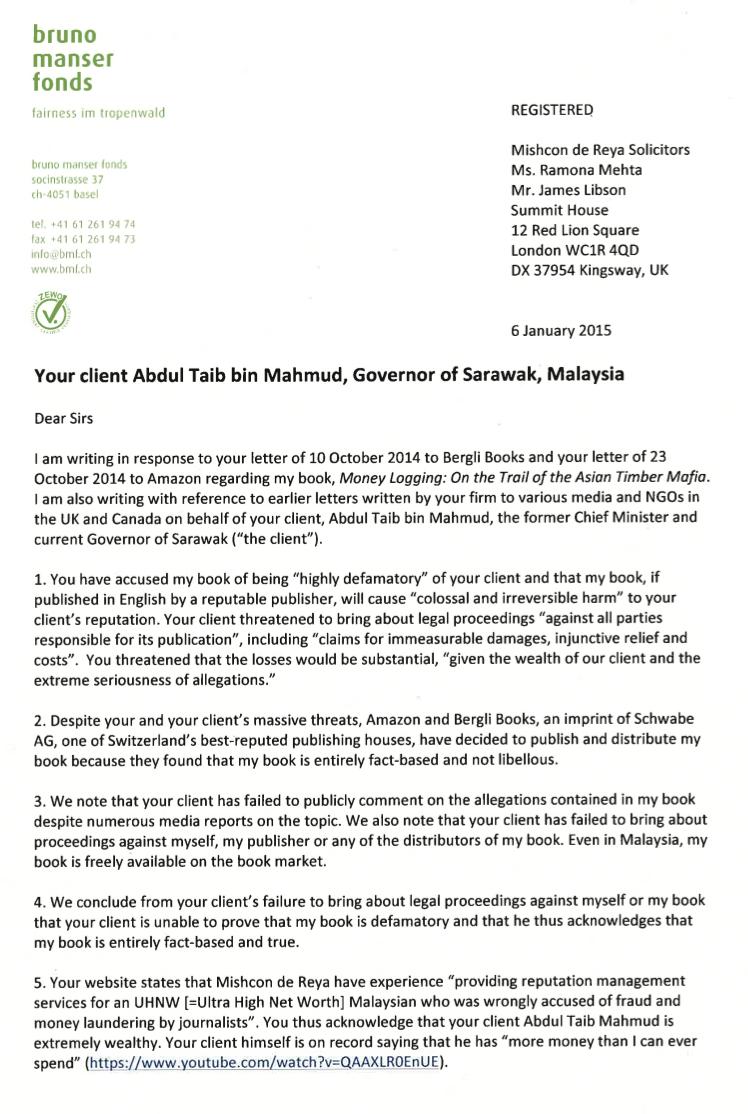 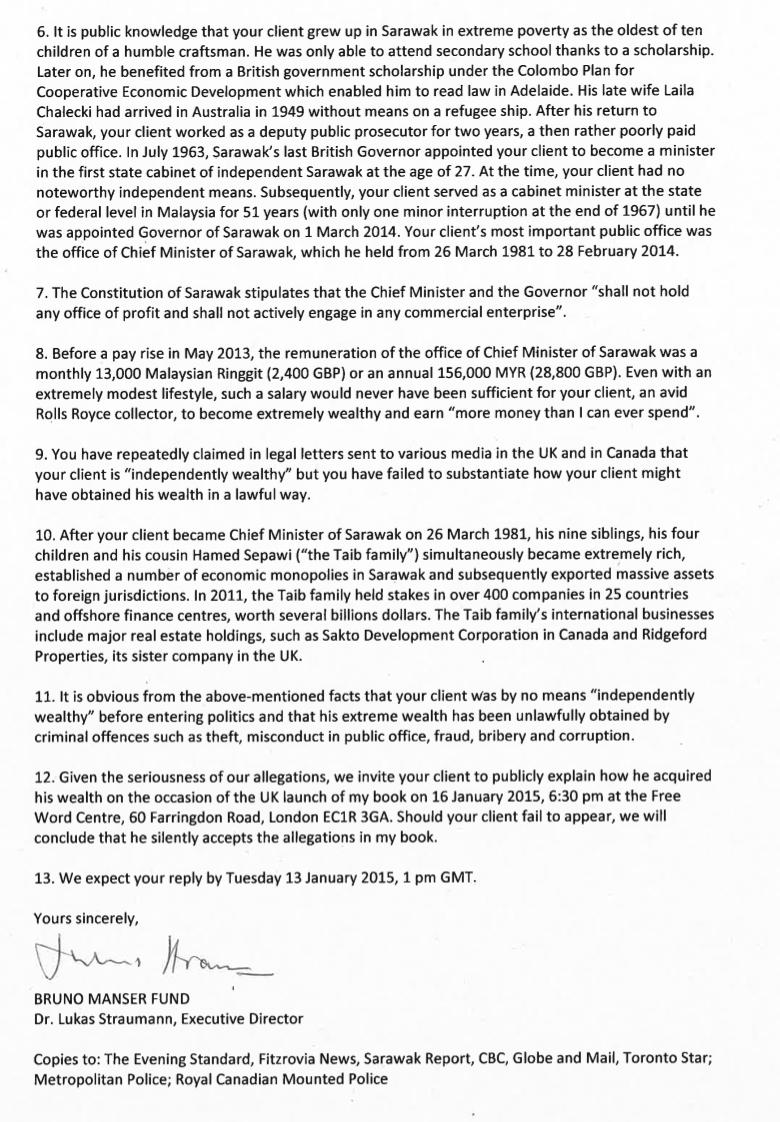