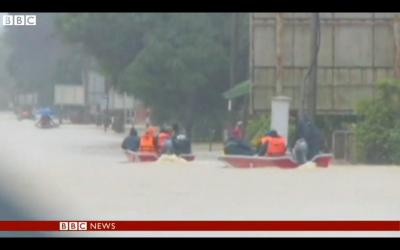 Scenes that shocked the world

Malaysia’s political leaders have struggled to shift blame for the shocking floods, which have displaced a quarter of a million folk over the Christmas period.

Some even blamed women for not wearing veils and related ‘liberalism’ for the torrents of mud and water, indicating that God’s wrath was at hand over such a heinous sartorial negligence.

It is a disgrace that such leaders can act on the assumption that enough Malaysians have been so poorly taught in science to let them get away with such nonsense – guesswork explanations that are two thousand years out of date.

In fact, there is no secret about what made this flooding so much worse than it should have been in this monsoon season.

Bad behaviour is certainly at the root of the problem, but it has nothing to do with modesty and all to do with greed. 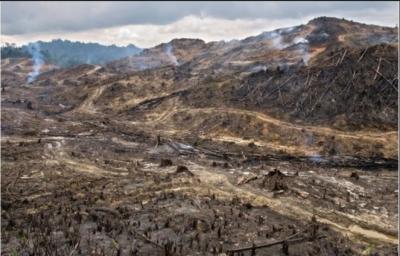 Logging and deforestation in the hilly regions of the country has dramatically reduced the ability of the earth to soak up large amounts of seasonal rain.

Instead, without roots to hold it all in place, the earth itself has been washed away and become part of the muddy deluge that has engulfed homes and villages for all to see.

This earth is now lost for ever as a bed for future vegetation and crops to grow.

Mudslides and bursting reservoirs have already become a theme of recent years.  The Christmas floods were just another manifestation of the same deeply dangerous problem.

Since the earth is thinner in tropical regions, this has multiplied the serious long-term consequences in Malaysia’s and Borneo’s case. 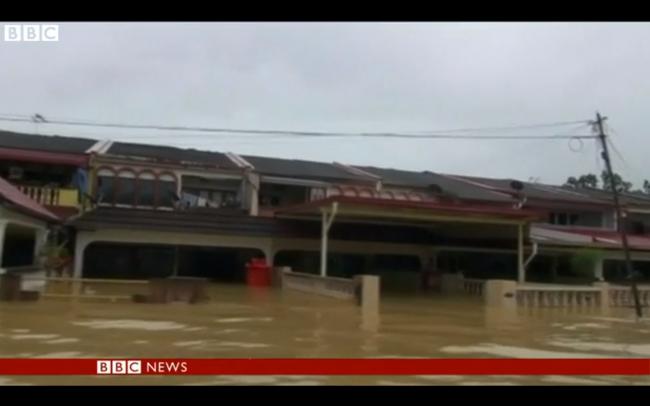 Observers have noted the muddiness of the water being carried down by these floods. As with Sarawak’s once crystal rivers – the earth is now eroding into the water and being carried out to sea.

In this manner, grave wrongdoings have indeed been meted with a form of retribution, where some might see a divine hand or just punishment.

However, there is little karma in the fact that the actual perpetrators have jetted off scott free, investing all those millions raised by logging into foreign properties, while the people who have taken the punishment are the poor, who gained nothing from the destruction of Malaysia’s forests.

Lay blame where it is due and leave innocent women alone 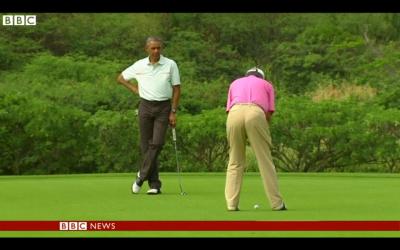 It is the political classes, entrusted with the proper running of this country, who are responsible for this debacle.

Yet, predictably and disgustingly, it is these same fellows who have queued up in recent days to print their faces on the rice bags (provided at the taxpayers’ expense not theirs) which were handed out to the victims of the consequences of their own failures and corrupt actions.

And of course, when the disaster started to swell, the Prime Minister himself was content to tarry on a golf course on the other side of the world, currying favour with the American President, who has so far found it convenient to ignore the growing evidence of gross UMNO corruption and the suppression of democracy on Najib’s watch.

Why? Because, Obama is keen to get the US corporate control of Malaysia’s markets promised by the TransPacific Partnership, and Najib is willing to sell his country out in return for the sort of special status that gets you a game with golf with the US President on Christmas Day. 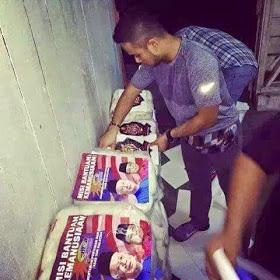 After all, given the situation unravelling beneath him in Malaysia, he knows he needs powerful friends in the sorts of places he likes to live…. i.e. where government is conducted by and largely for the benefit of the population, unlike in Malaysia run by him.

In fact, the realities are so stark that UMNO politicians have started lining up in recent days and weeks to admit the genuine cause of the problem and condemn excessive logging.

The former PM Dr Mahathir has had his say, now Najib has taken his own turn.  Over in Sarawak Adenan Satem has postured as a man gravely concerned by illegal logging (to the outrage of the opposition, who say he is worse even than Taib when it comes to land grabs).

But, these are the very men responsible for the problem that now exists.

This logging took place under their watch as senior leaders over the past many decades.  It is only now that the trees have gone that they are willing to talk about ‘stopping’ the problem.

BN/UMNO should not be permitted to get away with such duplicity.

They have been warned and told by environmentalists and scientists and native protestors for decades about the consequences of their greedy rape of nature’s buffers and the answer has always been the same.

By ‘you’, they meant some long dead bunch of long forgotten Europeans from centuries ago.

As, Adenan’s mentor and protector Taib Mahmud was so fond of arguing, Europe ‘destroyed its own forests’, so why should Sarawak not also ‘develop’? 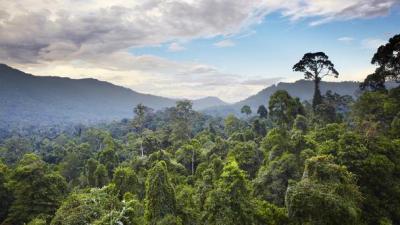 Beyond compare – these fountains of life have been turned to paper.

But, these politicians did not develop the country for the benefit of the native people.

They just grabbed all the timber and ran off with the money.

Does one act of pillage (by anonymous people in the historical past) justify another…. and another?

More to the point, the tropical jungle paradise of Borneo, which is unequalled for its biodiversity and planetary significance, cannot begin to be compared to the sparse northern vegetation of the temperate regions, where the earth is deep and covered with grass.

The consequences of these politicians’ greed, which has reduced forests of unparalleled significance to pulp and paper in less than a generation, have only just begun to manifest themselves as the full effects of climate change have begun to impact on our weather.

Tropical deforestation, after all, is of itself one of the greatest single drivers of climate change and it is all going to get worse.

Yet, while some of these culpable politicians are at last starting to talk of halting the logging, others, like Sarawak’s Land Development Minister, James Masing, are even now poking their heads up to say that all we need is more dams to allegedly solve the flooding problem. 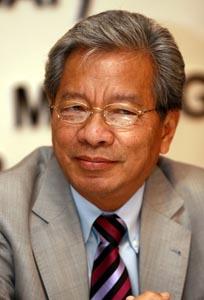 Dams, where the crucial water catchment areas are stilll being logged, as is the case above Murum, for example, are perhaps the most dangerous flooding threat of all.

It is here that heavy rains can wash in and overwhelm the barriers – just as happened last year in the Cameron Highlands disaster condemned by Dr Mahathir.

Another mudslide took lives a few weeks back.

A breached dam makes normal river flooding into a minor issue by comparison.

So, Malaysians and Borneans should have no truck with the belated pleas of the likes of Najib, Adenan and Mahathir, when it was their profligacy that caused this dreadful problem and when some of their colleagues are already now suggesting that more destruction not less is actually the answer to this man made nightmare.

These blame pushers all deserve to be washed away themselves, in a flood of political change.