What is CM Adenan Satem's Position On Sedition? - So Many Questions Left Unanswered 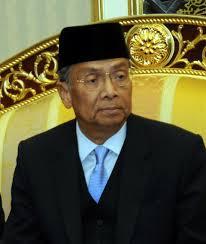 Najib’s shock proposal to criminalise anyone who even speaks in favour of Borneo’s independence has been met with silence by Sarawak’s Chief Minister Adenan Satem and the head of state, Governor Taib Mahmud.

Both men have played on East Malaysia’s national feelings for decades, pretending that they are protecting locals from Malay imperialism, while at the same time acting as UMNO’s cat’s paws in Sarawak.

The recent leak revealing how overwhelmingly it is Malays/Melanau who are given promotion in the civil service, while Dayaks are side-lined, has not helped in hiding that reality.

So, Sarawak’s Dayak population is waiting to hear what Satem has to say about Najib’s threat to jail Borneo patriots.

Likewise, they want to know his reaction to the PM’s added threat to jail people who fail to sufficiently appreciate the sanctity of Islam – a direct threat against the non-Muslim populations of East Malaysia.

Shouldn’t the Chief Minister be sticking up for his local people and speaking out against such draconian innovations to cower and intimidate non-Malays, who might argue that things were better for the Borneo states before their ‘equal federation’ with a BN ruled Malaysia?

Filial advisor – why is Adenan taking his son on trade trips?

Instead, this self-styled champion of reform has rushed off to South Korea (with his son as his ‘advisor’ at his side) to drum up more investment.

A chemical factory is apparently interested in setting up shop in Sarawak, which opens up some other questions.

What perks will this chemical factory receive to move its operations to labour light Sarawak and what perks have been offered in return to attract Sarawak’s powers that be?

Precedent shows there will not be a single Sarawak job or a bent ringgit of benefit to the local communities from this sort of inward investment.

So, perhaps the CM’s ‘filial advisor’ will be able to announce where the money from such investments is expected to end up? 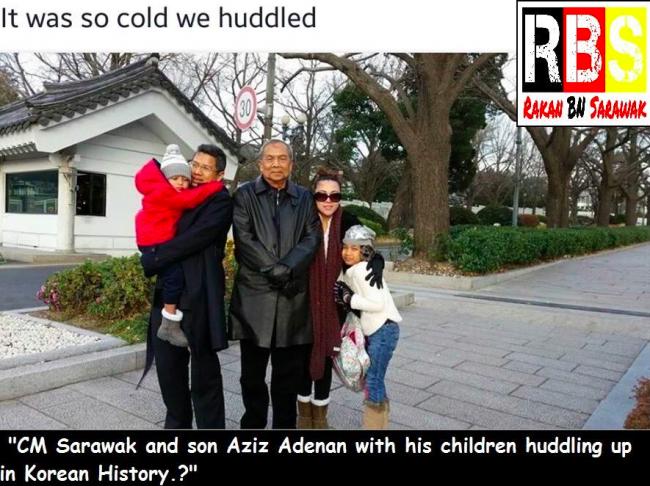 Aziz (and his whole family) accompanied Adenan to Korea. In what capacity and at whose expense?

What has Satem to say on Bangladeshi influx?

This brings us to another relevant issue.

Because, another of the Prime Minister’s utterances on which Satem appears to have no viewpoint is the outrageous announcement that 12,000 Bangladeshi workers are to be imported into the state, in order to run all the enterprises that the BN regime is operating on the Dayak homelands. 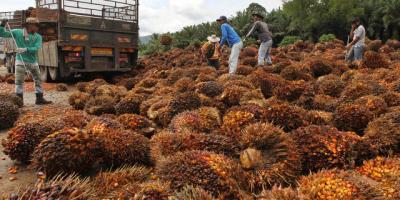 Rock bottom wages for foreign workers – no profit to locals. Who wins?

Armies of foreign muslim men have now been deployed across the state, without so much as a by your leave to the local people.

Predictably, they are causing all the problems that armies of men always cause when inflicted on a community and it doesn’t help that they are always being chosen from countries with a specific different religion.

They have cut down the timber, rolled out the palm plantations, sucked out the oil, dug out mines, worked on construction, powered polluting smelter factories…. and virtually none of the benefit has gone to locals.

These industries have delivered peanuts in terms of tax – and Christian locals are just treated as if they are largely incapable of being educated or employed.

He and other Dayak leaders can wait to face their maker in order to explain their compliance with this exploitation of their own people – or make immediate amends by demanding that Satem speak up against Najib’s new law. 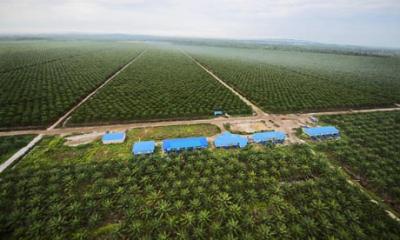 Industry run for the benefit of locals or big business?

Conditions in Sarawak are even managed to the extent that if any local person wants to grow oil palm on his own land he has to go cap in hand to the MOPB.

If the powers that be don’t grant him a licence then he can’t farm the golden crop.

If he gets a licence he is told the limit he is allowed to farm.

And, if that farmer annoys one of the BN crony corporations, which have been given vast lands to exploit, for example by winning a court case against that corporation, then the MOPB will illegally act to prevent his access to mills to crush his fruit.

So, it boils down to those two questions, which will sum up whose side Adenan Satem really is on when he pretends to represent the locals.

Silence is not a credible option for Satem, so the answer should be forthcoming and immediate.

Sarawak Report has one last question for the CM – who paid for Aziz Adenan’s ticket and his expenses for accompanying his Daddy to South Korea?

Or, if he was there in an official capacity, how did he qualify for that position? 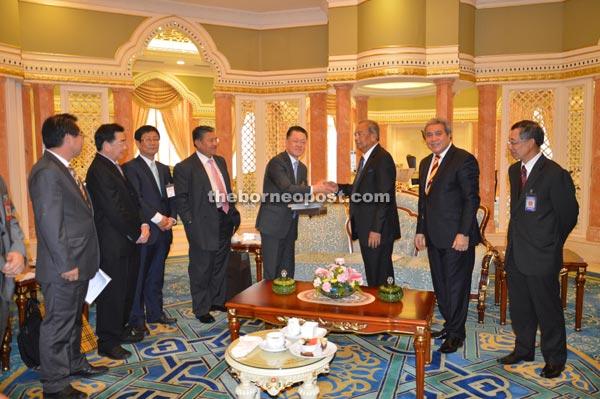 See below how Borneo’s heart of darkness is spreading to other poor communities, as Sarawak companies deploy the same pattern of criminal greed and negligence as they move across the globe: 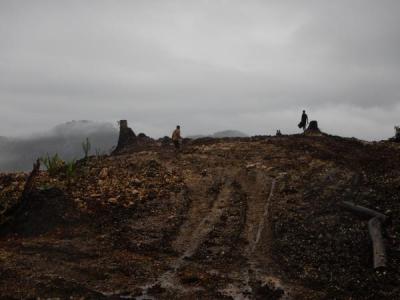 On Friday 28 November a local Pomio man, Leo Kaukau and a child, Roland Akin, died after eating crabs cooked in water contaminated through the SABL logging and oil palm operations of Rimbunan Hijau. Four others were hospitalized.

The operations are opposed by local people who say they have not given their consent and the leases were obtained by fraud.

Serious human rights abuses by mobile police squads employed by RH to intimidate local people have been documented in an independent multi-agency report. 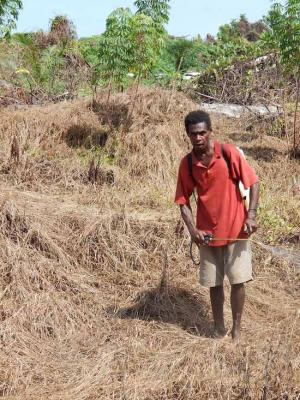 Roland Akin had left school and run away to the log camp where he was staying with Leo and his family but ended up losing his life.

Local people say Rimbunan Hijau has totally failed in controlling the management of the waste from their logging and oil palm operations and have failed to manage the safety of local people.

Locals report that empty chemical containers can be seen everywhere around the log camp where anyone even children can collect them to use for themselves.

Nearly all the households within the SABL area are using the empty containers but nobody from Rimbunan Hijau seems to care about their safety.

Local leaders say they are gravely concerned and that the SABL lease and logging operations are turning into a permanent disaster.

As well as the chemical containers, there is spilling of fertilizers and other chemicals and pesticides everywhere around the log camp.

When these spills are reported to the company or local officials there is always a cover up and no action is taken.