The Governor Gets Down To Business 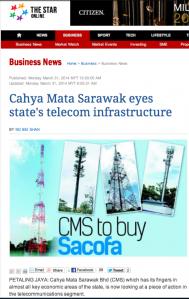 The Star reports on the back room deal underway

When Taib Mahmud spoke of his retirement in years gone by he would tell bemused confidants “when I retire one day, I will run business”.

‘What else has he been doing for the past 40 years?’, was their silent thought.

After all, Taib has for the past four decades and more abused his public positions of trust to tear down an unparalleled rainforest, roll out plantations and grab enormous swathes of state land and corporatised state assets.

He has also awarded huge contracts to his own companies.

So, now we learn he was really only just getting started?

Worryingly, this seems to be so.

Taib Mahmud evidently has a very severe case of ‘Wealthmanquesomethingitis’ (the disease where sufferers discover that wealth doesn’t actually bring happiness, but assume that the cure must be greater wealth) and now he is Governor, the condition is in danger of moving into its most virulent terminal stages.

Since Taib has moved into the Astana he has launched into all manner of grabbing activities, recorded with polite exasperation by Malaysia’s muzzled media.

There has been his announcement stepping up the dam building programme, for example, to a projected 5 mega-dams to be started in the next 12 months – due diligence and impact assessments having been swept aside.

And there have been numerous SCORE (Sarawak Corridor of ‘Renewable’ Energy) announcements all benefitting his own companies:

“CMS has major investments in Sarawak Corridor of Renewable Energy (Score), including 20% in the US$592mil ferro alloy smelting plant OM Materials (Sarawak) Sdn Bhd and a 40% stake in the RM1.04bil integrated phosphate project in Samalaju.

In an earlier interview with StarBiz, its group managing director Datuk Richard Curtis had indicated that it might invest in a third project in Score.

Apparently there were several proposals on CMS’ plate. It was reported that the conglomerate might be increasing its stake in K&N Kenanga Holdings Bhd by buying Deutsche Bank AG’s 13.84% from the existing 25.07%. [The Star] 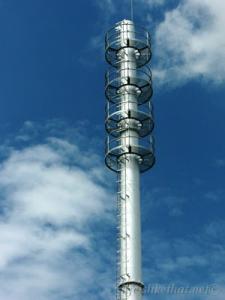 And now it seems that Taib is planning to hive another huge chunk of the state’s infrastructure into his own pocket with CMS bidding for the telecoms company SACOFA.

Don’t forget Sarawak Cable, owned by son Abu Bekir, is already in control of the electricity transmission infrastructure thanks to earlier ‘negotiated privatisations’.

The Star newspaper, which broke the story on the SACOFA sale, wearily points out that CMS “has its fingers in almost all key economic areas of the state” and that the company has “positioned itself as the proxy to Sarawak’s economic growth”.

It is a polite way of pointing out that Taib has made sure that any business supported by the state goes the way of his family company.

But where are the questions about this planned acquisition? To start with, how come CMS reckons it can just ‘eye’ this lucrative company and then proceed to grab yet another public asset?

And how come this sale is being ‘negotiated’ with just CMS in the running and no debate whatsoever about the proposed ‘privatisation’ in the first place?

The decision to sell off the company is in the hands of the largest shareholder, the Sarawak State Secretary Morshidi Abdul Ghani, who owns 70% of the shares. But, where is the open tender and why should this fellow be solely negotiating with CMS as opposed to other companies as well?

Indeed why is this lucrative privatisation of an industry, which is about to expand with huge investment planned from central government in the field of broadband telecommunications, not being opened to the wider public to buy shares, as with privatisations in the UK and elsewhere?

Can Taib still give orders to crony officials? 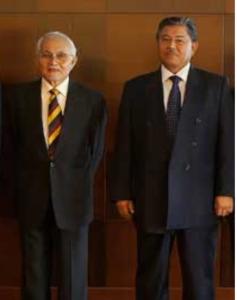 Of course, Taib Mahmud goes a long way back with State Secretary Morshidi bin Abdul Ghani, as we have recorded in previous posts.

Like all public servants appointed over the past three decades, Abdul Ghani has been used to considering Taib as his sole boss, rather than the people of the state, in whose interests his duties and responsibilities actually lie.

So, the former Chief Minister clearly reckons that this former lackey will continue to do as expected and sign over another of Sarawak’s valued businesses to the rapacious ‘first family’ without a murmur.

Business commentators like the Star Newspaper clearly also consider the matter a done deal.  What Taib wants he gets is the assumption.  After all, the British CEO of CMS, Richard Curtis has been at full throttle in recent months, scooping up the lions share of every contract going in SCORE for his boss’s company and why should this be any different?

Adenan should get tough 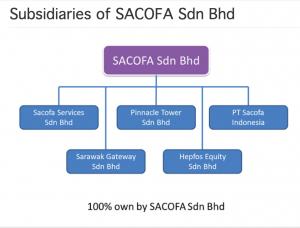 Yum yum – the businesses Taib wants to shift onto his greedy plate.

However, we suggest it is time things changed.

Taib is no longer the boss, even if he thinks he can treat his brother in law like a puppet replacement.

His signature is no longer required and he can’t sack people either any longer.

Do the Federal authorities really intend to pour the RM1.5billion apparently set aside in the 2014 budget into telecoms towers in Sarawak straight into Taib’s own companies pockets once more?

If Adenan Satem is worth his salt and represents genuine change this is the moment to start putting his foot down and with what better an issue?  An open tender process should be initiated on the planned SACOFA sell off and it should set the standard for the future.