So WHO Is The MACC Going To Arrest? 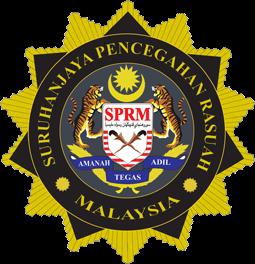 Malaysia’s Anti-Corruption Commission has made some key acknowledgements according to a recent interview with the Malaysian Insider.

The investigators have confirmed that huge tracts of land and concessions were handed to the family members of Chief Minister Taib Mahmud, making clear that a crime has been committed against the state.

They have gone further and informed the world that the signatories on the documents that illegally ceded these lands at a fraction of market price were two of Taib’s closest ministers and colleagues, Alfred Jabu and Awang Tengah.

However, inexplicably, these dutiful diggers at the MACC have come to the conclusion that, because Taib took care not to put his own signature on the documents and set up a system whereby his juniors could sign off lands at will, he cannot be “proved” responsible.

They have decided to give the old crook the benefit of the doubt, apparently, saying they “discovered” that his system of getting his junior ministers to sign off these lands time and again into his own family interests was “not to evade falling foul of the law”, but because he “delegated” authority in these matters!

Well that’s jolly nice of the MACC towards the all powerful Taib Mahmud. 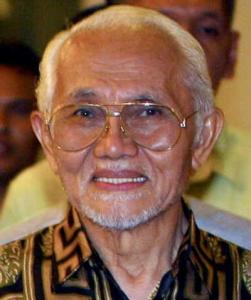 Criminal activity? Simple, just delegate it to a junior!

After all, most of the rest of the world would conclude that if Taib is in charge of a department he should take responsibility for that department’s actions, particularly if the department is busy signing off billions of ringgit worth of lands into his own possession.

Taib’s gross negligence in ‘delegating’ these activities to his junior ministers, who then for years and years followed a pattern of signing lands to his family, would demand serious explanations in any genuine investigation just about anywhere else in the world.

To avoid taking due responsibility for the grand fraud conducted by his own department, Taib would surely need to somehow show he had been tricked by these juniors who were displaying such obsessive generosity towards him?

Otherwise, he might opt to plead some sort of mental incapacity that made him unable to manage the government departments, which he in fact ruled with an iron fist for decades.

Both excuses would be tricky to pull off in any sensible investigation.

If Taib is not guilty then who is?

But, if Taib is to be let off the hook then who is to get the blame for these evident crimes that deprived the state of billions?

It would appear that the MACC are compelled to take action against the two men they have named as having signed off Taib’s acquisitions instead, his Deputy CM Jabu and Deputy Planning Minister Tengah.

After all, the anti-corruption agency spelt out the law to the Malaysian Insider and in so doing they really landed Taib’s two deputies in it!

“Under section 23 of the MACC Act 2009, any officer of a public body who uses his office or position for any gratification, whether for himself, his relative or associate commits an offence.”[Malaysian Insider]

After all, if Taib Mahmud is not an associate of Jabu and Tengah, then what is he?

For these two men, appointed by Taib, the Chief Minister is the font of all their wealth and power.  Both have become ostentatiously rich as a result of being part of PBB and the Taib machinery of Government and Taib is their senior associate who has made it all possible. 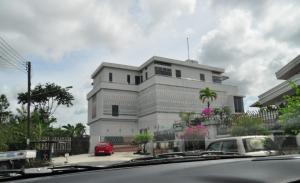 So, done and dusted, it would appear.  These two guys were benefiting an associate, who held great power over them and rewarded them mightily.

Indeed, both these men have enjoyed their own handouts of lands and concessions in much the same manner as Taib’s relatives.

Did they sign for each other on these occasions?

Surely the sirens will be sounding at any moment, as the police snatch squads roll up to their two whopping great mansions and drag them off for questioning?

A day or so for those guys in jail, followed by some gentle interviewing, ought to result in everyone getting a lot nearer the truth about these matters.

What about the kickbacks?

Meanwhile, it should be remembered that land-grabbing was just a fraction of Taib’s money-making machine.

Sarawak Report has just produced a whole lot more evidence showing Taib’s direct involvement through his wife and children with the companies involved in the Japanese kickback scandal over timber exports.

Again, as with the land grabs, Taib set up the system from which his family then benefitted.  He changed the  procedures to make them more open to abuse, explains the MACC.

To understand who we mean by family we can return to the MACC definition, as laid out in the interview:

In this context we point out that the Taib family members linked to the web of companies tied by Regent Star to the Japanese kickback scandal were Leila Taib (spouse), Onn Mahmud (brother), Sean Murray (son-in-law) and three children of Taib, Jamilah, Abu Bekir and Sulaiman Taib.

So, how does Taib get off on this completely separate corruption count, perhaps the MACC can explain? 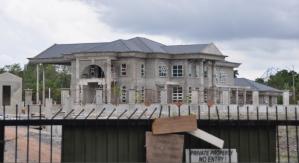 And this is all before we even start on the billions handed over in state contracts to Taib family firms.

Taib doubtless made sure he left the room before one of his pliant juniors called a vote and signed the papers for.

But, as we have established, if Taib has been the victim of excessive generosity from juniors then those juniors will have to be arrested, charged and punished, because they were benefitting an associate to the tune of billions of ringgit on a regular basis at the expense of the state.

Bring out the handcuffs surely and sort out all these lowly yes men, who have brought the gracious Taib into disrepute!

On the other hand, the momentum is growing in Sarawak and Malaysia for the appointment of a Clean Governor and if Taib still gets the job with all this hanging over him then Malaysia will become an international laughing stock and Najib’s weakness will be for all to see.

Having fingered Tengah and Jabu so effectively, the MACC should rescue the situation and start rounding up Taib’s henchmen.