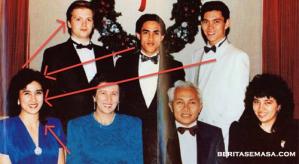 Follow the money – from Laila, Sulaiman and Abu Bekir and Richfold Investments to Sakto’s Sean Murray through Jamilah Taib

On the eve of Taib’s bid to escape into the supposed immunity of the governor’s office, Sarawak Report can reveal an astonishing new document that clearly links him to the Japanese timber export scandal that broke in 2007.

The scandal involved millions of ringgit that were paid by Japanese timber exporters from Sarawak to a Hong Kong company called Regent Star Company Limited, totalling RM32million over the preceding seven years.

At the time Taib had made a highly unusual personal declaration in the Sarawak Assembly, distancing himself from any involvement whatsoever in the matter and saying that he had no knowledge or connection with Regent Star, which was controlled by his own brother Onn Mahmud.

However, documents unearthed in Canada by the Swiss NGO the Bruno Manser Fund show a clear connection between Taib’s own wife and the company, involving the transfer of funds from Hong Kong to his daughter Jamilah’s private property business in Ottawa, Sakto Corporation. 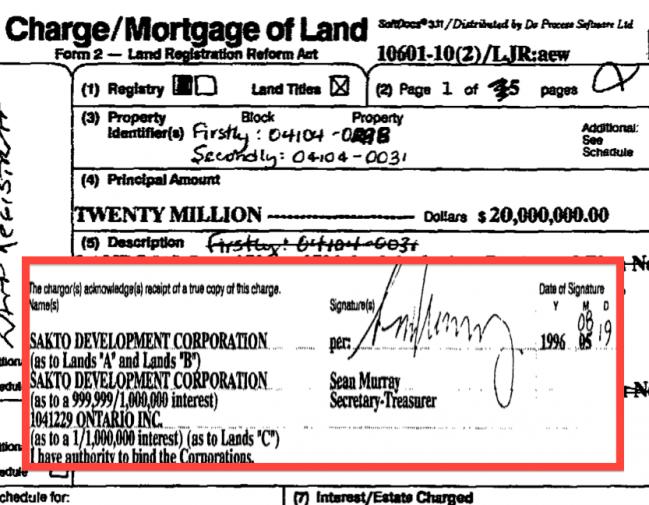 The documents relate to a $20million dollar mortgage loan by Jamilah herself to Sakto, which is money described as being “held in trust” by her and owing to “persons who with the consent of Jamilah H Taib lend money to Sakto”.

Jamilah’s husband, Sean Murray, a Director and Secretary of Sakto, is the named recipient of the loan and the persons named as having lent the money are Taib’s then wife, Laila Taib; her two sons Abu Bekir and Suleman; their company Sogo; Onn Mahmud and the company Richfold Investment Limited, which was a sister company of Regent Star, incorporated on the same day at the same address with the same directors.

Jamilah is the ‘chargee’ (lender) of the money ‘in trust’ for her family members and the company Richfold.

The document, which is available on public record in Ontario, Canada, therefore makes a clear link with the company Regent Star, which was receiving millions in payments from the Japanese shipping cartel to ‘broker’ export licences issued by Onn Mahmud, and Taib’s family investments in Canada. 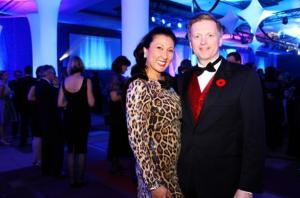 Among Canada’s wealthiest socialites – Sean and Jamilah Taib-Murray. But where did the money come from?

This link existed long before the scandal broke in 2007.  It begs the question why the Chief Minister denied all knowledge of a company that was tied up in a massive $20million dollar loan involving his own wife and kids?

The loan also undermines Taib’s constant earlier denials that Sakto has received on-going funding from him.

After Sarawak Report exposed the connection, Taib acknowledged he ‘gave some money‘ to get his daughter started’ back in 1983 and no more.

Now, he will have to explain the $20million injected into Sakti in 1996 by his wife and sons, after years of boasting that his children had done so well merely because they were cleverer than other people.

Perhaps the Chief Minister would also care to account for Jamilah’s own explanation of the business model of her company back in 1989, when she acknowledged in a newspaper interview that it was an investment tool for Pacific Rim businessmen with ‘big money’?

Jamilah Taib-Murray was born in Australia, raised in Malaysia, schooled in England and married in Canada…It’s that international network of contacts and breadth of knowledge that helped her, at 28 years old, land the presidency of Ottawa-based Sakto Development Corp., a firm that specializes in offshore investment in Canada. Sakto is a company that represents the growing number of Pacific Rim businessmen who are bringing their dollars and expertise to Canada..The group of 10 or 12 investors who control Sakto _ Taib-Murray doesn’t like to say how many _ are looking for a secure, long-term investment for their money. And someone they trust to handle it for them . .All are from the Pacific Rim _ Australia, Hong Kong and Malaysia _ and rarely come to Ottawa _ except the chairman who flies in from Malaysia twice a year for meetings.”They want a very careful investment, a sure thing, which is what the Ottawa market is like,” she said. ”The Toronto market moves too fast, too risky for them when they’re so far away.”[‘Pacific Rim Investment in Canada.. Big Money From Overseas..’ Ottawa Citizen 17/1/89, (Jamilah started Sakto six years earlier in 1983)]

When she referred to the Chairman of her company of investors ‘who flies in from Malaysia twice a year’ could Jamilah have been referring to the regular visits of her father Taib Mahmud to Canada or was it merely his brother Onn, who was so closely linked to his wife and sons in these investments? 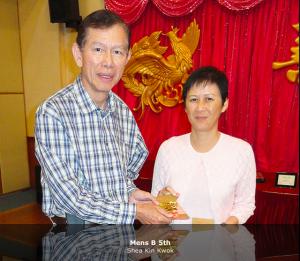 Taib Mahmud should now answer the pressing questions over where all this money was coming from, before there should be any question of him being appointed to the position of Governor of Sarawak.

Because the links between his wife’s loan to Jamilah and money flowing from Japan to “broker” shipping licences are now established and it needs to be made clear that the money is not one and the same.

And, if Taib’s family were not investing this kickback money where on earth were they getting such enormous funds, given his own modest salary as Chief Minister at the time?

Records show that Regent Star Company Limited and Richfold Investment Limited were both incorporated in Hong Kong by his brother Onn Mahmud’s then secretary, Shea Kin Kwok on 22 November 1983 at the same address.

Whereas Shea is the stated shareholder of Regent Star however, the shareholder and Director of Richfold Investment is Onn himself.

It was noted by the Japanese Tax Tribunal that the companies were incorporated shortly before “brokerage payments” started to be paid to Regent Star, under a contract signed with the Japanese shipping cartel to assist in the issuing of timber export licences.

In a clear conflict of interest Onn’s company Achipelago had been appointed by Taib’s administration to control the issuing of timber export licences to these shipping companies, although in his speech to the State Parliament Taib said the decision had nothing to do with him or the state government agency responsible for licensing, the SEDC. 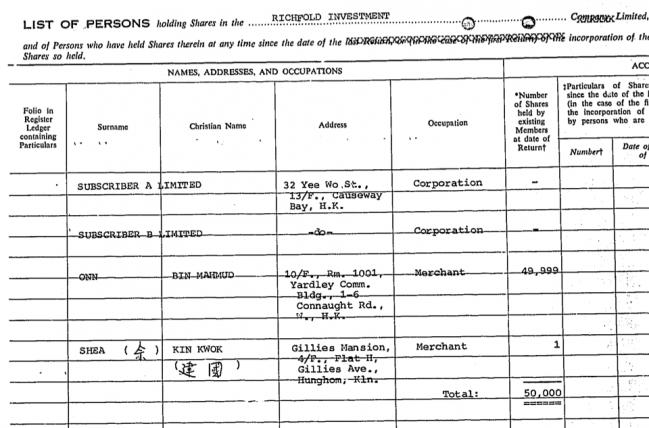 Onn Mahmud owned Richfold, however it was his secretary Shea Kin Kwok who was the named Director and shareholder along with another Onn employee of the twin company Regent Star

The Japanese Tax Authorities also noted that investigations showed there was very little paperwork to indicate that Regent Star was doing much of the normal brokering activity that might merit payments of millions of ringgit.

However the later Appeal Tribunal came to the conclusion that there was no proof that Regent Star was not providing brokerage between the exporters and Onn and so allowed the payments to remain untaxed.

Given that Sarawak Report has subsequently learnt that Shea was Onn’s Hong Kong secretary and direct employee, it is now clear that Onn was effectively charging brokerage fees amounting to 1billion yen to negotiate with himself.

The Japanese investigators, on the other hand, had merely acknowledged that the ties between Onn and Regent Star seemed extremely close – to the extent that on one occasion the shipping companies even sent payments to Onn and to Regent Star in the same wire transfer to Shea Kin Kwok!

Not merely a matter of tax

Sarawak Report now has a full translation of the of the Japanese tax hearings, which will be presented along with other findings at a press conference in Tokyo shortly.

However, although the issue for Japanese tax investigators was merely focused on whether Japanese companies should have been paying tax on these particular payments, for Sarawakians and Malaysians the matter is very different.

Malaysians are entitled to know whether profits from the rampant logging sanctioned by Taib were being correctly channelled back into the public purse or were being secretly siphoned off in Hong Kong by his own family members.

And they are entitled to know if the money from Regent Star was flowing through Richfold into the Taib family investments in Canada and beyond. 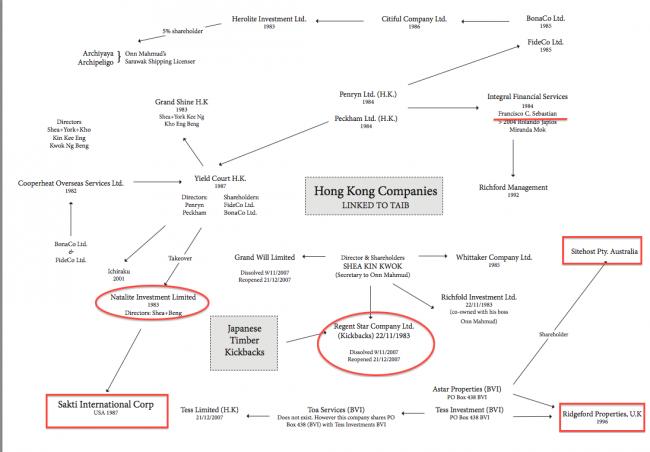 Hong Kong web – links to US investments and to Japan payments

Regent Star and Richfold are just two of a web of companies managed by Shea Kin Kwok during his period working as Onn Mahmud’s secretary in Hong Kong.

And, as this site has already reported, another set of fingerprints also link the Taib family’s North American companies with these Hong Kong concerns.

As recently as 2006 Taib’s children, who are shareholders in Sakto’s own sister company Sakti which holds properties in the US (including the FBIs offices in Seattle’s Abraham Lincoln Building) filed a tax return that giving Natalite in Hong Kong as their contact address.

Until the Chief Minister has provided a full explanation of what was going on the situation makes a scandal out of any decision to elevate him to the Governor’s office.