PM's Family Movie "Too Haram" To Show In Malaysia! 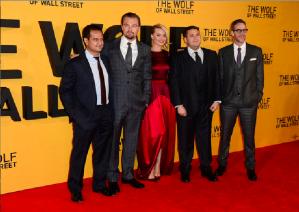 PM Najib Razak’s step-son Riza Aziz was earlier interviewed by the top Hollywood magazine, The Hollywood Reporter, about his eyebrow-raising series of investments in the movie business.

When they asked about what his family thought, he implied that his ‘Dad’ took an interest and monitored the content of his films.

The Hollywood Reporter: What does your father think of your new venture?

Aziz: I have leeway, but he likes to know that the projects we do have pedigree.[Hollywood Reporter]

In this way Riza Aziz publicly made plain that the Prime Minister of Malaysia, Naijib Razak exercises a level of control over his step-son’s movies and regards Wolf Of Wall Street as a film that has ‘pedigree’ i.e. class.

Too Haram for Malaysia! 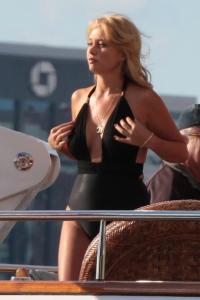 Just not (enough) on…. star of the movie Margot Robbie

However, as the film started to premiere around the world this week the authorities in Muslim countries have been stepping in with one word on their lips “Haram”!

While many in the more liberal communities of the world may accept that the point is to feature the debauchery associated with wealth and greed and find the antics humorous, the censors in the most wealthy Muslim countries are failing to see the joke.

The version currently being shown in United Arab Emirates apparently has had a full quarter chopped out.

The offending F words have also been removed, which, according to viewers, causes constant annoyance:

“Swear words were muted, which made almost every sentence in the movie hard to understand and sometimes you sit there wondering what happened”, complained one to a local reporter.  Another said “the movie jumped from one scene to another. The flow was completely lost. We bought the tickets online for buy one get one free. Even then it wasn’t worth it. I feel it’s better not to show the movie rather than in this chopped-up format”.

Now, Sarawak Report has heard that movie theatres have decided it is not worth even trying to show the film at all in cinemas in Malaysia.  One movie business insider, who has made enquiries, told Sarawak Report:

“I spoke with some film industry contacts in Malaysia and I’m told ‘Wolf of Wall Street’ was originally on the schedule for a local release, but after exhibitors saw the film, they realised there was no way they could get away with screening it in the country, due to the drugs, nudity, profanity”.

If so, it can hardly come as a surprise, given that Najib Razak has presided over a government where religious zealots have been given increasing influence over what ordinary people can and cannot do. 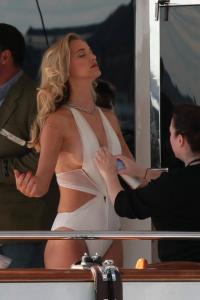 Should Rosmah’s young son have been present on set to witness such nudity?

As we pointed out in our original reports, the apparent enthusiasm of the Riza’s Mum, Rosmah Mansor, for showing the film always seemed a highly unlikely prospect.

This leaves a situation where ordinary folk are entitled to ask why the Prime Minister’s family should be allowed free rein to make profits out of movies, which contain such allegedly vile content, when they are not allowed to even look at it?

Is it OK to profit from dirty movies and pornography, as long it is only debasing the moral fibre of non-Muslims?

And is it OK for these producers, including the Muslim son of the PM, to watch such content, presumably day in and out, live on set, while it is banned to others?

And lastly, but not least, we come back to the delicate matter of funding. The Muslim faithful have become increasingly strict in recent years it seems about the issue of how their money is used and obtained.

Riza Aziz’s own money is in the film, according to his own admission.  There is also talk of funding from South East Asia and the Middle East.  So, do all these funds come from Muslim sources and, if so, is it ok for Muslim money to be ploughed into dirty, if profitable, movies? 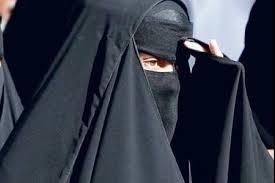 Can a government preach one thing and practice another in the age of 24/7 news?

Sarawak Report does not pretend to know the religious answers to such matters and invites the clerics to go ahead and have their say.  They plainly feel it is all of utmost concern and importance.

These days in Malaysia increasing numbers of women are now seen tagging after their husbands, dressed from tip to toe in black and barely able to see out.

Compare that to the yards of bare flesh exposed in Riza’s movie!

From a plain-speaking, lay perspective we suggest that the whole thing smacks of rank hypocrisy and double standards.

This is a system that is favouring the rich and powerful to behave as they like, while punishing ordinary folk for even thinking about the things they themselves get up to.