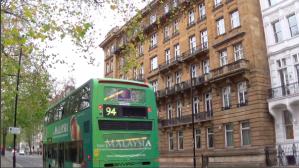 The advertising bus passes in front of Taib’s Hyde Park mansion on its Central London route.

A major advertising campaign is getting underway to entice British tourists to Malaysia.  But, over the coming months Sarawak Report will be pointing out that it is a shocking con.

Because, the symbol that Malaysia has chosen to attract the British to come all the way to the other side of the world is the Borneo Jungle.

The sides of buses now traversing central London in the most busy pre-Christmas shopping period are festooned with pictures of now rare and endangered Sabah and Sarawak animals, Proboscis monkeys and Orang Utan.

Nowhere is it mentioned that these animals and their advertised jungle habitat are now on the brink of extinction, because of rampant and corrupted logging and oil palm plantation by the very people behind this cynical “Malaysia Truly Asia” campaign, in other words the leaders of BN.

Feel free to view the eye-catching green buses and their eco-message as they pass by Taib’s mansion!

Don’t advertise what you have already destroyed

The complaint by the original agency behind the campaign that they were demanded kickbacks to keep the contract, tells far more about the real nature of Malaysia and the current regime than all these fabricated advertisements.

Thirty years ago tourists flying into Borneo could indeed have felt wonder and astonishment at the magnificent jungles and fabulous wildlife.  They could have experienced a genuine unique cultural experience by staying with some of the traditional peoples of the region. 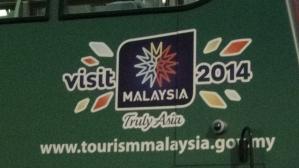 This would have indeed provided a healthy and sustainable income for these communities to help them develop more comfortable and modern lifestyles.

However, when Taib took office he continued the work that he had once criticised his uncle for, which was chopping down the jungle as fast as possible.

He has now replaced as much as possible with oil palm and acacia plantation, mainly to enrich himself.

The Federal Government has done nothing to stop this blatant and destructive corruption, because they wanted Taib’s seats to keep them in office.

So, how dare they now start advertising the Borneo Jungle to tourists as if it was still there? 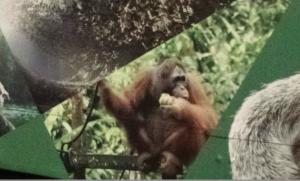 What even this picture on the bus can’t disguise is that the animal is caged!

The only animals tourists can hope to see in Sarawak are in captivity.  And the once breath-taking jungle, the oldest in the world, is reduced to less than 3% of the area of the state, in little pockets of primary forest.

Even these supposedly protected areas are being attacked by illegal logging, which the state government turns a blind eye to for reasons we can all surmise.

Instead of deceptively painting London buses green and promoting this misleading eco-picture of Malaysia, we suggest it is time to broadcast some facts:

– Malaysia STILL has the highest rate of deforestation in the world

– Malaysia is STILL the largest exporter of timber in the world

– Malaysia ranks No 3 for capital flight in the world (stolen money) after massively populated China and Mexico.

Tourists flying these days into Sarawak are generally horrified to see nothing but miles of oil palm reaching to the horizon. Gone is the unique and astounding diversity that not so long ago enabled scientists like Alfred Wallace to determine the tree of life. 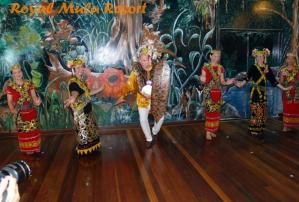 Prince Albert of Monaco and the tourist ‘experience’

Packed into soulless, concrete hotels (mainly owned by the Taib family) these tourists are usually uncomfortable to be greeted by ‘natives’ in flamboyant costume, dancing for them on the way to the cocktail bar.  It doesn’t take the visitors long to work out that the real natives are dressed in rags these days, pushed aside by the Taib family’s dash for wealth.

A bus trip to a ‘cultural village’ or an animal enclosure or maybe a plane ride over to the Taib ‘jungle resort’ of Mulu are the nearest most of these tourists are ever likely to get to see a real jungle.  And it is not near at all.

They would do better to stay and look at the animals in London Zoo and they will come home knowing it.

But Malaysia’s BN are doing what they are best at, conning others out of their money on false promises and pretences. 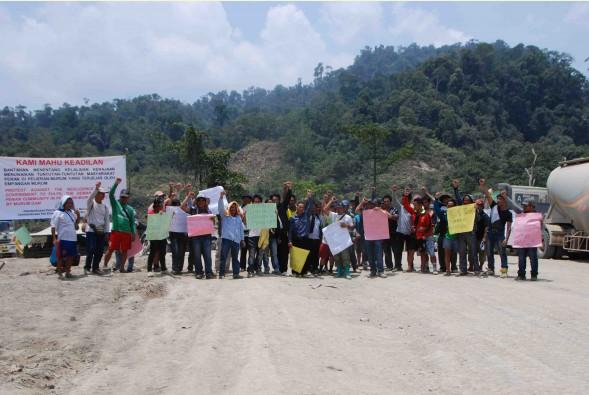