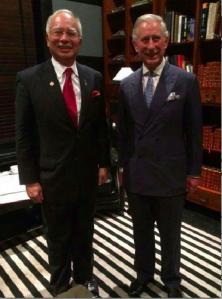 Charles will become ‘Head’ of the Anglican Church, but he doesn’t write the sermons or run the government at the same time!

This weekend the government religious department, Jakim, which operates out of the Prime Minister’s own office, issued a sermon to be read in all mosques condemning “liberal forces” on the internet, which it alleged were plotting to undermine Islam.

Sarawak contributes a major proportion of the cost of this bloated Prime Minister’s Department and it has to be questioned how a supposedly democratic country could have reached such a totalitarian state of affairs that even religion has been hijacked by the politicians?

How come Najib’s back office is writing sermons for religious leaders to parrot in their mosques?

How come these sermons are now teaching that freedom of expression on the internet; justified opposition on political matters and criticism of corruption are undermining Islam?

This particular sermon even attempted to re-write history and to play on ignorance, by fearfully suggesting that the democracy movement in places like Egypt, which it argues was sparked by the internet, was a move against Islam.

“Believe me, the use of social media to weaken Islam has been a crafty strategy already employed by our enemies to successfully bring about the downfall of several Middle East countries,” the sermon states.

In fact, as anyone who watches the news is well aware, the crowds which rose against Mubarak during the Arab Spring were substantially supported by Muslim organisations, which have now been suppressed by the army takeover.

The Prime Minister’s political sermon providers are therefore attempting to con Malaysians into believing that Islam has to be pro-establishment and of course, pro-BN! 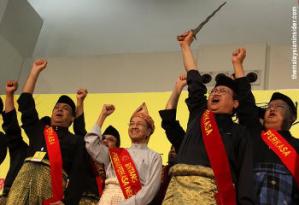 This increasingly interfering approach by BN, which is seeking to hijack pious religious people for their own political ends, has come to the attention of the wider democratic world.

While Najib still seeks to position Malaysia’s image abroad as a moderate, modern and tolerant state, it is becoming increasingly recognised that his government is manipulating religious faith in a very primitive way, to rally trusting congregations into supporting divisive and politically motivated campaigns.

The Home Ministry’s drive to whip up prejudice against Christians with its campaign to ban their use of the word “Allah” was therefore raised during a debate about the persecution of Christians in a number of Muslim countries in the Middle East just a few days ago.

In the UK Parliamentary debate MP Tom Greatrex, a member of the All-Party Parliamentary Group on Malaysia, pointed out how Malaysia is also now drifting into the class of countries where Christians fear persecution.  He referred to the predicament of the Christian East Malaysian states:

“The report to which she refers does not cover numerous countries, including Malaysia, which is not in the middle east, but the situation there is of significant concern. Is she aware of the recent decision in Malaysia to ban Christians from using the word “Allah”, which has been used in Malay as a term for God for centuries? It has effectively outlawed the Bible, particularly in the Christian eastern states of Malaysia. Is she concerned about the wider ramifications in other parts of the world not covered by the report that she cites?”[Hansard]

The mover of the debate, Fiona Bruce MP, acknowledged the issue and she expressed deep concern at the growing level of persecution of Christians across the world, owing mainly to the whipping up of religious hatred by politically motivated groups.

A new report by a Catholic charity, Aid to the Catholic Church in need, has pointed out that in 130 countries across the world there is persecution of Christians:

“The ACN report discusses how, in virtually every country in and around the middle east region, Christians report suffering either high, high to extreme or extreme persecution. That includes Egypt, Yemen, Sudan, Saudi Arabia, Syria, Iraq, Iran, Afghanistan, Uzbekistan and Pakistan. In virtually every one, the situation has worsened since ACN’s last report in 2011, except in Iraq, but only because the attacks in 2009-10 were so large in scale”, the MP reported.

As an example of the kind of prejudice and aggression that is taking place, the MP spoke of one incident in Iran just last month:

“In October, CSW [Christian Solidarity Worldwide] reported that four members of a Christian Church were sentenced to 80 lashes each for drinking communion wine during a communion service, contrary to rules against the drinking of alcohol. That effectively criticises and condemns the Christian sacrament of sharing the Lord’s supper, and criminalises it.”[Fiona Bruce, Hansard]

That Christians fear Malaysia may be embarking down a similar path is not surprising.  Witness the news this weekend that the Sarawak Minister for Islamic Affairs, Daud Abdul Rahman, is calling for members of the Sarawak Islamic Religious Department to be upgraded to become a ‘Sharia Prosecution Department’ and to be supplied with firearms!

According to Free Malaysia Today the Islamic Minister said:

“With this departmentalization , it can enhance the ability of the prosecution and thereby strengthening Islamic Sharia law in Sarawak” 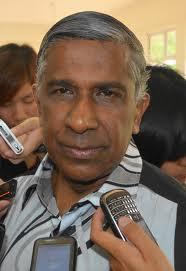 This from a man whose own religious morals have allowed him to channel billions of public contracts from both the religious and government departments into companies he owns!

In the face of such developments it has to be asked why, in this majority Christian state, is there no Minister for Christian Affairs and no Christian Department, given all this status for Islamic activities?

And why is it that while billions of public money and lands are being poured into promoting Islam, scarcely anything at all is being put into supporting the religion worshipped by the majority in the state?

The UK parliamentary debate examined how shocking situations can arise when countries of mixed religions and races allow and encourage the development of extremism and prejudice, even in our modern world.

And it raised a spectre of the path that certain groups are trying to set in Malaysia.

These groups include Islamic ‘NGOs‘ who specialise in attacking human rights groups and threatening them with aggressive accusations of being ‘traitors’ and of ‘attacking Islam’.  These outfits are getting overt official support.

Accusations against non-Muslims and liberal Muslims have started to abound and practices that have been accepted for centuries are now being condemned and outlawed. 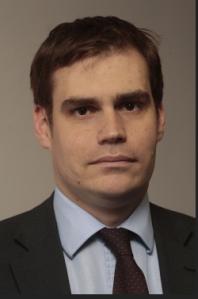 There is a reason behind this behaviour and it has nothing to do with religion or the tolerance and understanding that religion promotes.

It is all about seeking to create an army of supporters who identify one political party as being ‘pro-Islam’ and brand their political opponents as ‘anti-Islam’.

It is a dangerous road to take, because it unleashes mindless aggression, prejudice and fear and the non-Muslims of East Malaysia are right to be fearful of where it could lead to next.

Fiona Bruce MP highlighted in the debate the key principals of the Universal Declaration of Human Rights when it comes to the important matter of religion and the cheerleaders and sermon writers who are promoting UMNO/BN should remember them:

“Everyone has the right to freedom of thought, conscience and religion; this right includes freedom to change his religion or belief; and freedom, either alone or in community with others and in public or private, to manifest his religion or belief in teaching, practice, worship and observance.”

Malaysia’s laws already ignores a number of these principles in key respects.  Why, for example, are people of different religions not allowed to marry or to convert as they please?

So perhaps Malaysia should be moving towards improving human rights rather than encouraging further intolerance?

Meawhile, if the Prime Minister, through Jakim, seeks the right to preach at a captive audience each week in every mosque, why should others be banned from using the internet?