Arrest Me Too? Amazing Bravery Of One Small Child!....PLUS UPDATES ON MORE ARRESTS

Hours after the armed arrest of 8 of his relatives, including two young teenage boys, the people of Sarawak will be stunned at the amazing bravery of one young Penan boy at the Murum Dam blockade.

He is very young.  Sarawak Report has been told his name is Peter Senang and is age is just 6 years old!

But, in him a star and a future leader is surely born and the elderly kleptocrat Taib Mahmud and his court jester, the Norwegian dam builder, Torstein Sjotveit, should take notice of this powerful little voice.

Filmed on a shaky camera in the murkey darkness of his campsite by the side of the road, the displaced youngster speaks straight to the camera.  Straight to Taib Mahmud, the “swindler” who has taken his land and his heritage and destroyed a unique place on our planet.

Surrounding him are fellow campsite children, in awe of his bravery, and also adults, whose passions and views he articulates with simple eloquence.  Did ‘foreign NGOs instigate’ this, Abdul Taib Mahmud? 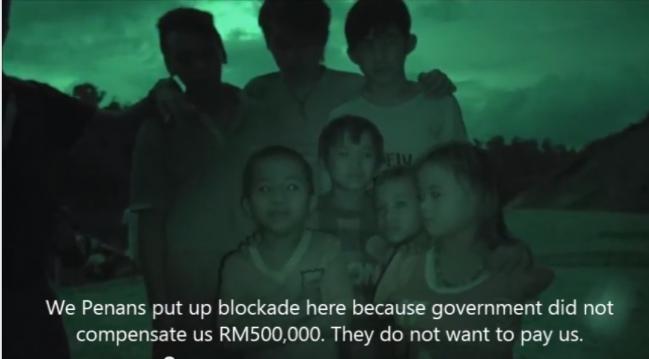 It has also emerged later on Friday that two more Penan were arrested, when they arrived at the police station in Belaga to enquire after the 8 (including two children) who were already incarcerated.

The two who were arrested were Philip Bujang, who is only 16 years of age adn Merit Gadong, who is 21.  The other youths in jail include a 13 year old and another teenager, who were taking photographs of the police armed raid on their camp on Thursday afternoon.

It emerges that the grounds for the arrest were accusations of ‘extortion’ brought by two ‘members of the public’, who police say lodged reports that the Penan were demanding money from passers by, to let them through their blockade, set up in protest at the dam which has displaced them from their homes.

Sarawak Report can report that there are now very strong indications that these police complaints may well in fact have emanated from the state company Sarawak Energy (SEB), with whom the Penan are in dispute.  First over their forced displacement and second over their mean compensation offer, post eviction.

SEB’s chief officer, Torstein Sjotveit, has contacted this site (see comments below) to lay out the claims of extortion as they were allegedly reported to the police.  His detailed knowledge of the claims and authoritative claim as to the truth of the allegations strongly suggests he had a hand in the complaints that were made to the police.

In fact NGOs, who have been in touch with the Penan, have confirmed that the natives were collecting donations to support their blockade. A tin containing RM700 (US$220) was confiscated by police:

“The Penan just hold a donation tin, written on it “AID FOR VICTIMS OF MURUM DAM” – Permupa.  Whoever goes through the blockade site, Penan just hold the tin asking if they could donate/help by going around to any cars stopped there.  They did not force people to donate.  It is not a toll as claimed by police and SEB”[NGO spokesman]

Given that the Penan are a famously peaceful and gentle tribe, SEB have a job to convince Sarawak that these families were forcing donations from passers by.

The Penan say they were not actively blocking any of the traffic passing along the highway, except for SEB vehicles carrying construction materials to the dam site and those belonging to the Shin Yang subsidiary who are constructing the access road. 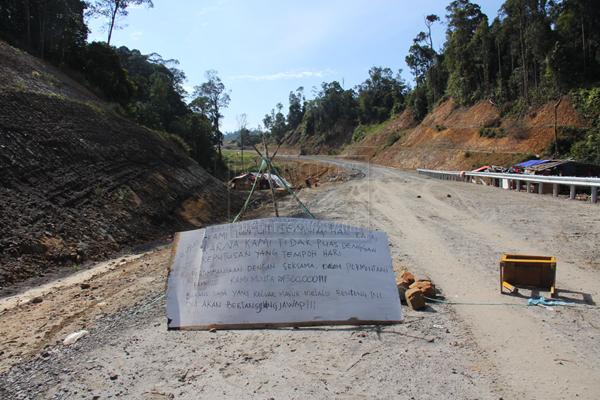 “We had to act” – Borneo Post report confirms that police acted owing to information from the ‘public': “We had to act as we received two reports from members of the public…that Penans collected money from them, prompting us to go to the site and investigate”

NGOs and human rights watchers will now be demanding to know on what grounds the teenager and 21 year olds who went to Belaga Police Station to enquire on the well-being of their friends were themselves arrested?

The lawyer who has been representing the tribe, Abun Sui, is currently on his way back to attend the crisis from Sabah.

Meanwhile, a direct plea from the Swiss NGO, Bruno Manser Fund to the Norwegian chief of Sarawak Energy, Torstein Sjotveit, to release the two young boys arrested during a riot police swoop on the blockade site this afternoon was met with an astonishing refusal to intervene.

Once again, the arrogant CEO blamed the entire event on ‘instigation’ by ‘foreign NGOs’ and proclaimed his self-appointed mission to ‘help’ the natives of Sarawak:

“I am sorry for the arrested Penans, but I hold you and other organsiation that is advising them responsible for their problems (sic). I am sure you know why they were arrested, but I am equally sure that you will suppress the truth and it will just be yet another lie you and SR will run for month………I am afraid I have to leave this conversation now as I must go to bed. Contrary to yourself, I have serious work to do tomorrow supporting the Penan’s future and contribute to development of Sarawak for a better future” [Torstein Sjotveit, CEO Sarawak Energy (US$1.2million p.a.) 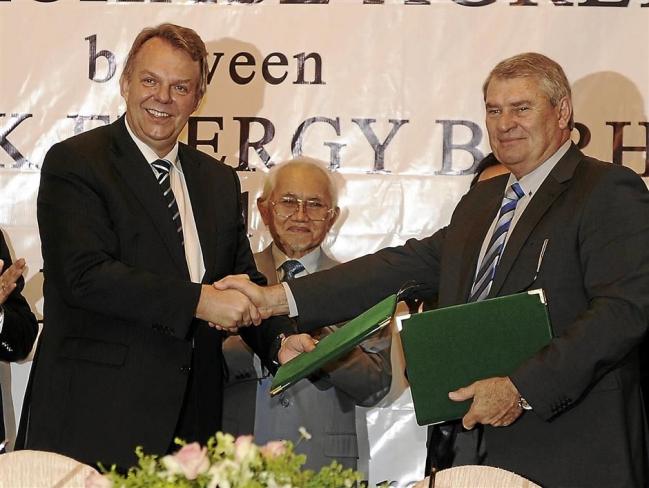 Off to bed – Million dollar a year Torstein Sjotveit (left) says he is determined to ‘help’ Sarawak’s natives (by flooding their homes) even if they don’t want his help.

So, it seems that Mr Sjotveit, who became so angry and stayed up half the night in Kuching writing furious emails and calling lawyers, because his wife and daughter back in “peaceful Oslo” received a leaflet through their door last week, is content to get a good night sleep having orchestrated the arrest of a 13 year old boy, who is now in jail in Belaga.

Now his new ‘adversary’ is even younger.  Will Mr Sjotveit be sending in more riot police in to Murum tomorrow to arrest him too?

We suggest that the brave CEO steps back and thinks before he moves.  He and his greedy boss, Chief Minister Taib Mahmud, may have met someone bigger than themselves. 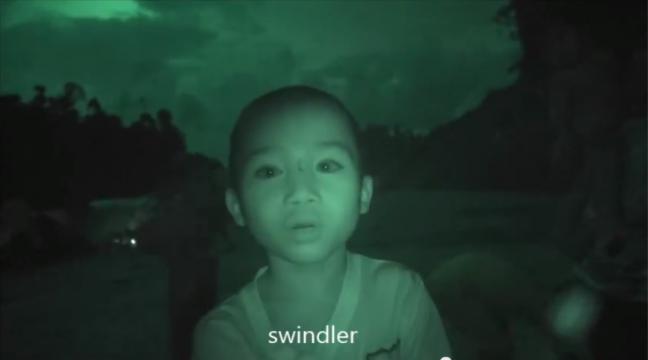 Last word goes to the plucky kid who stuck up for his arrested relatives.