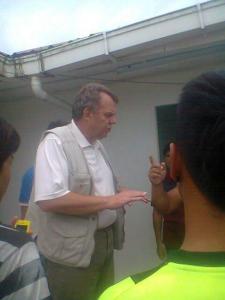 Sjotveit left the natives to walk home after his ticking off – looks like he could have used the exercise himself.

Native people of Murum say they are being bothered by a foreign troublemaker and have lodged a police report against him.

Torstein Dale Sjotveit is a Norwegian, who yesterday caused complaints after shouting in the faces of Penan indigenous people, whom he is ejecting from their ancient homelands.

It is also alleged that he berated the police, calling them ‘cowards‘ for not taking harsher action against the protesting natives.

The foreigner, who is spearheading Taib Mahmud’s dam building bonanza on an incentivising salary of over a million US dollars a year, later claimed in a statement on behalf of Sarawak Energy:

“It is disturbing to see that the poisonous influence of foreign instigators has now led to threats of violence.  ..  My clear message to the protesters is that foreign troublemakers and anti-government NGOs have never done anything practical to help you and they never will.” [Torstein Sjotveit, SEB Chief Executive]

Sarawak Report suggests that all this is a bit rich coming from a foreign bully like Torstein Sjotveit!

According to reports, representatives of the Penan, who are demonstrating at the Murum Dam site, say they were ordered into vehicles and driven some miles to receive their audience with the CEO, who then shouted at them.

After he had delivered his invective and chastised the police, he drove his people off, leaving the Penan to walk home, as some form of ‘punishment’, they assume. 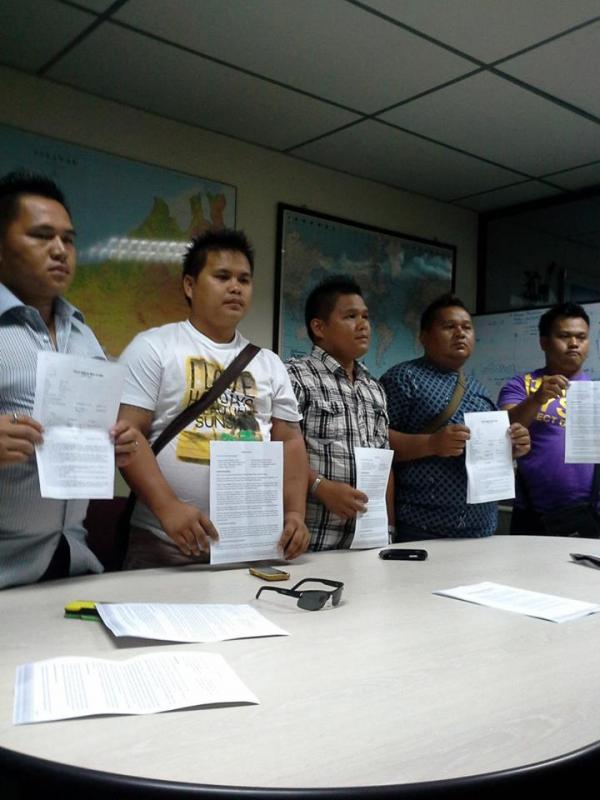 Where are all the foreign agitators and what violence? The Penan representative present their police report.

The Penan representatives who lodged the police complaint angrily reject the claim they are subject to ‘foreign instigators’.

“Since the construction of the dam, we have been protesting against it and had even written protest letters. We are protecting our rights, our heritage, our livelihood, but SEB chooses to ignore our protests because it thinks that the Penans are stupid, weak and easily manipulated…SEB accuses outsiders of instigating us to go against the dam. That is not true,”[Lugan Usang, Penan spokesman].

Their rejection of this ridiculous and patronising claim of foreign instigation was supported by the PKR opposition leader today, native rights lawyer Baru Bian, who demanded that this SEB executive should stop interfering in matters that ought to be handled by the government when it comes to the rights of native people.

Bian called for Sjotveit to remove himself from interfacing with the local people over their rights and compensation issues, which are a matter for the government ministers. 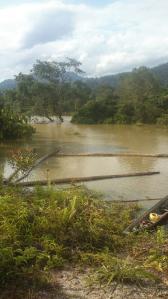 The once proud and living river begins to clog up. Soon the stench of stagnation will fill the air as methane pours out in vast quantities to contribute in no small measure to our global warming.

Meanwhile, as international NGOs and Sarawak Report have repeatedly pointed out, the case of the Penan, who say they have been treated unfairly and abysmally by Sjotveit and his boss, Chief Minister Taib Mahmud, is overwhelming.

The construction of the Murum Dam has contravened at every single stage  the international protocols laid down for the building of dams, as adopted by the International Hydropower Association, which Sjotveit has signed Sarawak up to as a present Board Member state.

The project was started in secret, without a single case being made to justify its destruction of one of the remaining areas of Borneo Jungle, save for Taib’s own whim and profit.

It was only after completion that there appeared any publication of by then token environment and social impact assessments.

And now in a crowning act of dictatorial arrogance Torstein, as CEO of Sarawak Energy, has presided over a sudden and unannounced decision to without warning begin the impoundment of the dam, while native people were still protesting at the unfair terms of the compensation arrangement that has been forced upon them.

So mean and laughable has been the ‘compensation’ planned for the Penan, in fact, that individuals with a better conscience than Taib Mahmud leaked the Government’s own Resettlement Action Plan Report (RAP) on Murum to Sarawak Report last year.

The RAP spells out in distressing detail the appalling neglect of this indigenous tribe by the Sarawak Government over the past 50 years, as loggers have been let in to their areas to pillage and destroy their hunting lands and plantation companies have followed them in to finish off the job, killing the entire habitat and polluting the rivers.

This plunder, carried out by outsiders and foreigners in the name of ‘progress and development’ has so far seen not a single benefit returned to the native people, 40% of whose children are malnourished and well nigh 100% un-educated, according to the report, which the state government was attempting to suppress.

What is more, none of the promises made by SEB as part of this so-called move have been fulfilled at the site they are now already forcing people into:

“The government promised to build our longhouses, a school, and a clinic, and to plant fruit trees and crops so that we can continue with our livelihood… All these facilities are not yet built, so how can we survive at Metalun?”

“Secondly, we do not want to move out as the values of our properties such as our land, our houses, our gardens, fruit trees, churches, and graves of our ancestors are yet to be assessed and compensation paid.” [basic and reasonable demands from Lugan Usang, Penan spokesman, who denied ‘foreign instigators’ yesterday]

So, what right has Taib’s million dollar staffer, Torstein Sjotveit, to lecture “that foreign troublemakers and anti-government NGOs have never done anything practical to help you and they never will”? 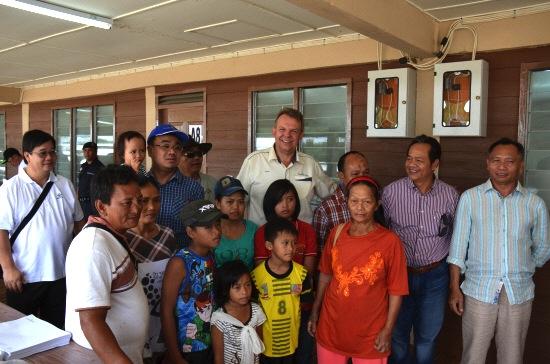 Sjotveit appears to bring tears to his own eyes as he relentlessly spells out in his well-funded propaganda how his mission is to show the natives how to improve their lives.

Yet, he never refers to his own interest in the matter in the form of a whopping salary with perks. 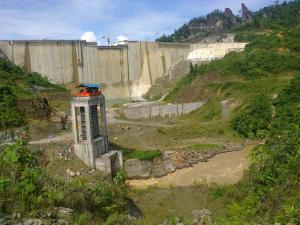 So, why his sense of huge moral superiority over concerned people in far away countries, who are shocked at the destruction that has been wreaked on Sarawak and its people by mega-dam projects that have given nothing back to the ordinary folk of the state?

There are now indeed thousands of foreigners trampling across the once pristine lands of the Kenya and Penan at Murum.

But they are not NGO’s on their shoe string budgets or volunteer bloggers.  These are the army of foreign workers hired by Sarawak Energy from China and Indonesia, Burma and Pakistan to tear down the rainforest and build the Murum Dam.

Those foreigners have indeed caused problems for the Penan, penetrating their villages and causing upset.  They are also allegedly desperately under-paid in many cases and ill-treated, according to some who have fled Torstein’s ‘philanthropic’ work site.

So, with all this talk of foreign troublemakers ‘instigating’ dissent, we ask why has Sarawak Energy done so little to attempt to help, train, educate or employ the local Penan people, whose lands have been trashed by big machines and are now being flooded with brackish dam water?

The RAP document showed the majority of the indigenous people have yet to be organised birth certificates, identity cards or voter registration, despite Torstein’s invading work forces – and yet he has the brass neck to criticise foreigners who speak out in support of the Penan protests! 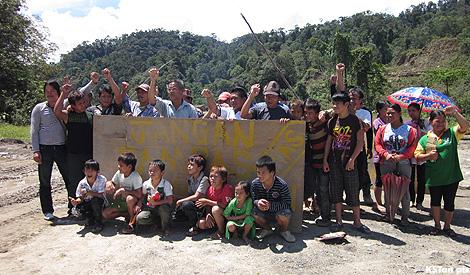 Community protest – where are the foreign agitators Torstein?

Sjotveit is currently suffering a major credibility problem with his management of Sarawak’s hydro-electric venture.

Failures of the power system shortly after he linked the Sarawak grid to the Bakun Dam completely destroyed the SCORE programme’s grandest industrial showpiece.  The much trumpeted aluminium smelter plant in Mukah is now a solidified wreak, at the cost of hundreds of millions of ringgit.

So, perhaps this expat should focus his over-paid foreign ‘expertise’ on performing the job he was brought in to do properly, rather than patronising, bullying and lecturing the native people about how they want to develop their future lives?