Torstein's Black Out Has Set SCORE Back By Hundreds Of Millions! 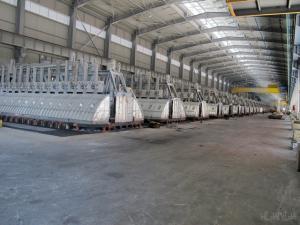 If you take a huge salary and brag a lot about your “Power to Grow” Sarawak, then you ought not to make multi-million dollar cock-ups.

Which is why last week’s state-wide power black out has surely left the credibility of Sarawak Energy’s Torstein Sjotveit damaged beyond resuscitation?

It has become clear that the power supply from the powerful new Bakun mega-dam faulted and tripped the inadequate existing transmission lines.

Not only did this plunge the whole of Sarawak into darkness for six hours, it blasted a hole in the epicentre of SEB’s vaunted master plan for a crash industrialisation programme.

It has been admitted that one of SCORE’s flagship projects, the Mukah Press Metal aluminium smelting plant, has been crippled by the incompetent electricity stoppage.

The core of the plant, the red hot reduction pots that use intensive amounts of electricity to separate the oar, cooled into a block of solid metal in a process that cannot be reversed. The plant is now closed for major reconstruction.

“Although power has been restored, Press Metal Sarawak was unable to resume metal production as solidification had taken place in the reduction cells of its potline…At the time of this announcement, none of the pots could be salvaged. The Board of Directors are unable to estimate the full impact and consequences of the incident but will be closing the smelting plant to facilitate major reconstructions works. PMS has in place adequate insurance coverage and has initiated engagement with its insurers to ascertain the damage and the cost of the reconstruction works.[Stockmarket Statement , Press Metal] 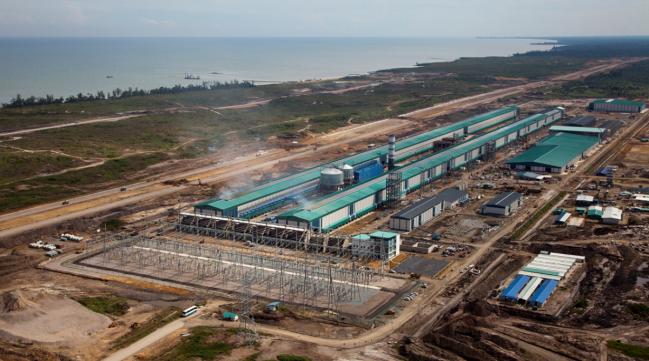 Never mind apparently – the second plant at Simalajau is still working. However, is is right to base development on a handful of mega-projects?

So, after all the boasts about ‘powering development’, Torstein’s appalling mishap has wiped out hundreds of millions worth of investment!

Like Wall Street’s bankers SEB’s big-talking CEO will no doubt continue to claim that he is worth every penny of his outlandish salary and bonus package.

But, who else will agree?

The plant’s management at Press Metal, have been desperately trying to put a positive gloss on the disaster.  However, they have admitted they are “are assuming a six-month halt in Press Metal Sarawak’s operations, which is likely to wipe out its FY13 earnings”.

Cheerfully reassuring shareholders that they believe they can claim the cost back from insurers for the situation Press Metal has calculated the likely loss in earnings in a region of RM100 million from the incident. 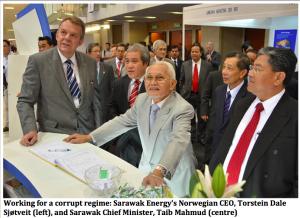 Grand Designers – Taib and Torstein have treated Sarawak like a giant lego project. But after this cock-up they should accept outside assessment and a proper public debate over their mega-plans.

Given the obvious failings behind what happens it would seem entirely likely that the insurers will in fact be reluctant to accept “force majeure” as the cause of the claim and will have started their enquiries into SEB’s management of its basic responsibilities.

Investors are also likely to respond with muted enthusiasm to the upbeat encouragement to “buy into” any share price dip as a result of the disaster.

In the end the blame for this ridiculous waste and incompetence should of course lie at the door of the person ultimately responsible for Sarawak’s mega-industrialisation strategy and for hiring Sjotveit to “power it through” at break-neck speed, without proper assessments or due processes.

That person is the Chief Minister Taib Mahmud, who has spent the last few days out of the country.  Taib appears unperturbed by a mere RM100million loss to industry in the state (small change to this multi-billionaire) or indeed a disastrous black out, which affected all his citizens.

However, it is another blow to the CM’s claim to be the successful CEO of Sarawak.

The problem with his pet mega-projects is that they can so easily translate into mega-disasters, as the Mukah plant has just demonstrated.

This is why is has been sensibly argued in many quarters that what the people of Sarawak really need is sensitive development that benefits people at grass roots level. 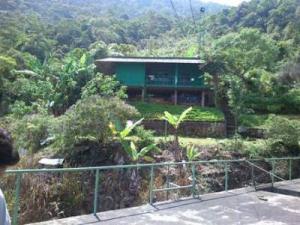 In place of the massive dams a large number of mini-hydroelectric projects could have transformed the quality of life in villages across the state – far more cheaply.

Yet, instead communities across the state have been expected to make do with plastic rainwater butts to provide for cooking and drinking and to wash in drains or polluted rivers.

How has such development helped anyone beyond the politically connected handful of people, who have creamed off the profits of multi-million ringgit contracts that mega-projects provide?

Torstein Sjotveit and his megalomanic boss should stop harping on about their outdated ‘masterplans’ and provide suitable evidence of independent and objective assessments of Sarawak’s genuine energy needs and best development models, before they start involving Sarawak taxpayers’ in billions of ringgit of further debt.