How BN Rigged The Baram Election 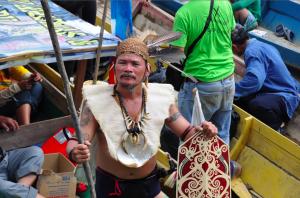 Denied their right to vote. Baram’s natives appeal to the courts for justice.

Polling stations in known opposition areas were slammed shut mid-morning across Baram on the day of the Federal Election, it has been revealed, leaving queues of outraged voters unable to cast their votes.

This was just one of the methods by which officials gained a wafer thin majority for BN in a region that has been enraged by the planned destruction of thousands of indigenous homes and precious rainforest by the proposed Baram Dam.

The early closures could not have been better designed to disenfranchise voters in the area. Although he is from Sarawak’s minority Muslim community, the Chief Minister Taib Mahmud knows perfectly well that these Christian tribes people would have first needed to attend their church services that Sunday morning.

After that, thousands made the often lengthy and difficult journey from their remote areas to the polling stations, frequently an hour or more away.

In a number of cases voters say that by their calculations it was in fact 10.30am when the officials started saying that no more voting could be allowed.

“The reason given by the agents .. of the [election official] was that the polling station was closed regardless of the number of the public still queuing and waiting for their turns to cast their votes at the time.“[Baram Election Petition]

By comparison, in the rest of Malaysia, including the more accessible polling stations in urban areas, voting was allowed to continue till 5pm.

The election petition filed by PR’s opposition candidate, Roland Engan, who lost the seat by a wafer thin 194 votes (the smallest margin in the Malaysian election), cites numerous people who were denied their opportunity to vote in this manner and they say they would have all voted against the government. 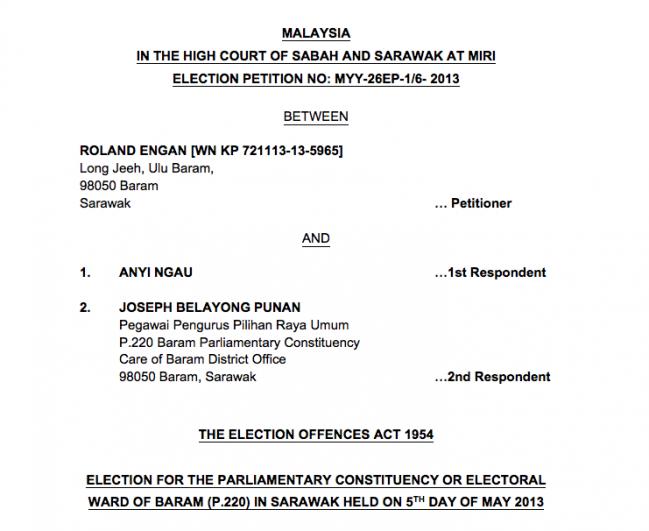 The details of the Baram election petition, due to be ruled on by judges on August 1st, lay bare the extraordinary levels of deceit condoned by Taib to maintain the sham of a democratic mandate.

Just days later, the Chief Minister had the cheek to boast to international delegates at the Hydropower Association Conference in Kuching that this result in Baram represented a vote of confidence for his hugely controversial plans to flood thousands of native people from their homes in the remote jungle region.

In fact the septuagenarian, who celebrated his 50th year of continuous ‘elected’ office just earlier this month, had done whatever it took to make sure he didn’t face an embarrassing defeat for his SCORE project in front of his high-profile foreign visitors.

And his tactics in Baram reflect widely reported abuses in seats all over Sarawak, where the opposition candidates have simply been unable to pull together the resources to contest the results. 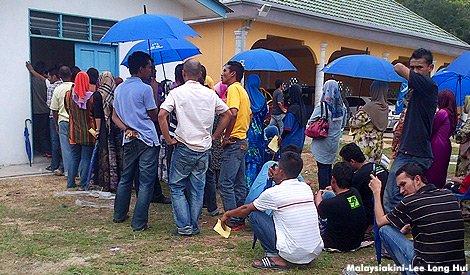 Same old tactics – BN were caught handing out money to voters at this week’s Kuala Besut by-election also. At Baram the payment per vote was RM100, according to the election petition.

The Baram Election Petition should provide thoughtful reading for anyone proposing to do business with Sarawak on the basis that Taib represents a legitimate democracy.

Likewise, the BN government in Malaysia, which relied so heavily on Taib’s delivery of the ‘safe deposit’ of Sarawak to cling on to power, despite receiving a far lower percentage of the votes than the opposition coalition.

The petition lists a catalogue of dirty tactics that are sadly familiar to anyone who has encountered BN’s election machine.  These include the widespread use of cash bribes to village communities, who are known to be desperately poor thanks to Taib’s deliberate policies of disenfranchisement.

“On..[the night before the election] at or about 8.00pm, the village headman of Kampung Long Jeeh Ketua Kaum Apoi Ukeng together with his team.. visited many families in Kampung Long Jeeh, offering cash money of RM100.00 [$30] to individual voters for them to vote for [BN]. Claiming that the cash money comes from .. Barisan Nasional, Ketua Kaum Apoi Ukeng gave RM100.00 to each individual voter who he termed “Ilu BN”. (certain to vote BN). For those who he was not certain that they will vote for [BN] he gave RM50.00 to each of these individual voters and promised to deliver another RM50.00 to those individual voters if [BN] received more votes at the polling centre”[one of several instances of bribes cited in the Baram Election Petition]

Despite their poverty many of the village people rejected or returned these bribes, according to the petition, because they are committed to rejecting Taib’s plans to dam the region.

In such places a number of other problems developed on the day for the opposition, however.  In particular the  opposition polling agents were refused their legal right to check and verify the all-important Form 14s, which record the results from the local polling stations before they are sent over to the central count. 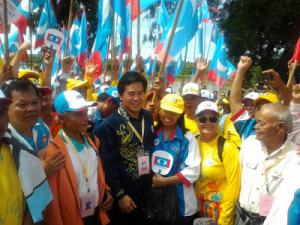 The opposition’s Roland Engan had campaigned on a popular anti-dam platform.

This means that in several cases the figures could have been manipulated or simply made up to suit the agenda of the election officials, which was to make sure that their BN ‘bosses’ won.

There was also familiar foul play with respect to postal and advance votes.  These were not properly sealed or monitored during the period before the election, despite requests by the opposition.

Then on the day of the count the advance votes were opened and counted at 2pm away from the presence of the opposition’s agents instead of the official time of 5pm at the polling centre!

Even faced with all these challenges PR’s opposition candidate Roland Engan managed to initially win the count.  It was only after a rowdy confrontation and a re-count officiated by Taib’s biased election officials that the ‘win’ for BN was finally forced through.

It remains to be seen whether the courts will prove sufficiently independent to strike out an election that was so plainly riddled with flaws and corruption.  However, that will just be the beginning.

This week’s by-election in Kuala Besut provides a flavour of how BN can be expected to handle matters under such circumstances. Hundreds of millions in ‘projects’ will be offered to local communities, along with bribes these poor families could only dream of in the past.

Will the people of Baram have the strength to realise that such ‘riches’ are nothing compared to the wealth of timber and land that Taib and his cronies have already taken from them and are planning to extract in the future? 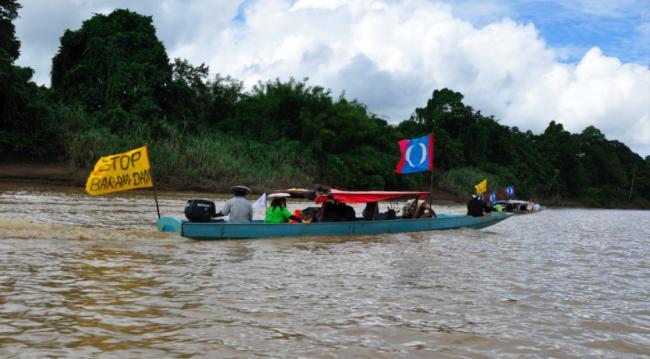 Their future for RM100? The threatened communities of Baram have resisted BN’s plans so far.