"We Are The Majority" - Lim Guan Eng Packs Out London Venues 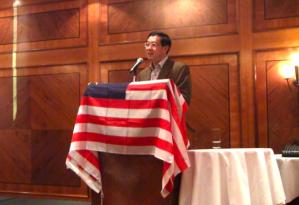 Lim Guan Eng – confident that Malaysia was changed by GE13

Against the background of rallies in KL, London’s Malaysian community crowded to see the Penang Chief Minister this weekend, who spoke to students from the LSE and then at a gala dinner in Kensington on Saturday night.

The reason for his surprise visit?  He was accompanying the Governor to see the world famous Kew Gardens!

It may have seemed out of context with the cauldron bubbling back home, but Lim Guan Eng explained the vision to restore Penang’s own once fabled but now neglected and degraded botanic gardens, which are distinguished for being the oldest in South East Asia.

This visit to Kew was part of a long-running liaison programme to make sure that Penang achieves the highest quality in its project, which was only confirmed after the election returned his administration.

It is a clever concept as well as a romantic notion.  Kew attracts millions of visitors to West London every year, as well as providing a place of beauty and education for local people to enjoy.

A notable and well kept botanic garden would be a similar attraction for Penang, so how short-sighted of BN to have neglected this ‘jewel’ and to have failed to have seen the economic potential.  Mr Lim made this an example of the way he plans to change the way Penang is governed.

We are the majority now

In his speeches and dialogues the Chief Minister insisted that although the election has left BN still in government they are no longer in power.  In a reference to the rallies in KL he insisted that the people in power cannot ignore the power of the people. 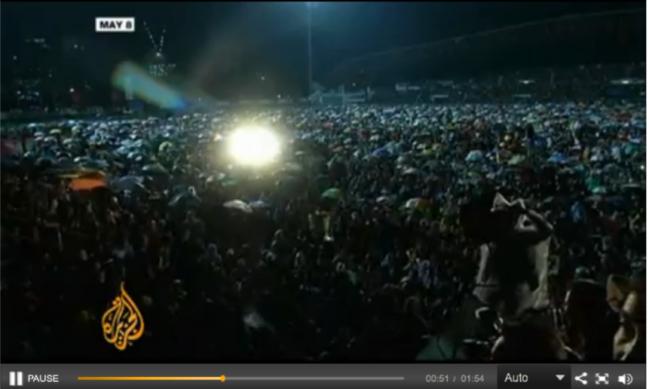 The future lies with Pakatan Rakyat he explained to the audience, which was as dismayed at the disparity between votes and seats and at the deluge of information about cheating and bribery by BN as the demonstrators in KL.

In an earlier exclusive interview with Sarawak Report Lim Guan Eng pointed to five priorities for the majority opposition as it pressures BN’s weakened minority government for reform. 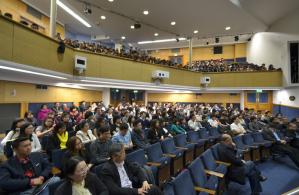 First he confirmed that PR will demand that the boundary commission must radically reverse the gerrymandering of seats that has allowed the urban votes in some areas to be worth just one tenth of a vote in a BN rural stronghold.

Second, he demanded a related reform to restore the independence of the Election Commission and get it out of the PM’s own office.

Both these actions simply involve returning to the provisions of the original constitution, which was altered and subverted by BN in a bid to remain in permanent power.

So much for the claims of democracy by one of the world’s oldest regimes.

The third key target of Mr Lim Guan Eng is Malaysia’s outrageous oppression of the media. He said that the utilisation of all media channels as a propaganda machine for BN must stop and that alternative media must be allowed.

His forth key target is the ending of ‘money politics’ and corruption.  With BN politicians like Taib Mahmud having just made the tripling of their own salaries their first post-election move, it is clear that the concept of going into politics to make money out of the Rakyat is still alive and well in the present establishment and BN’s bigwigs no longer care how things look. 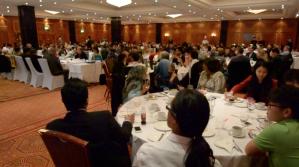 As Lim Guan Eng pointed out time and again, BN know they are now governing on borrowed time and that their loss of legitimacy and exposure as cheats will be followed by loss of power in due course. Meanwhile, each piece of such cheek and outrage will further seal their fate in the eyes of an angry electorate.

The fifth issue, Lim Guan Eng explained, will be the prosecution of cheating.

These are the five areas where the PR opposition will pressure for reform in coming months, so that it can finally take over the levers of power and bring good governance back to the people.  This in the place of greed, corruption and exploitation by politicians who have been on the make for over 50 years in Malaysia at the people’s expense.

Many in the audience expressed how previously they might have feared to have been seen at an opposition gathering, even in London where Special Branch might photograph them.  But, as the Chief Minister reminded them they are now part of the majority and the minority government cannot prosecute all of the majority in Malaysia!

It is clear there has been a dawning realisation of this, which explains why so many people were crowding to hear him speak in London and why the crowds keep gathering in KL. The rest of the world has also started to wake up to the changes in Malaysia that are signalling an end to BN bullying. 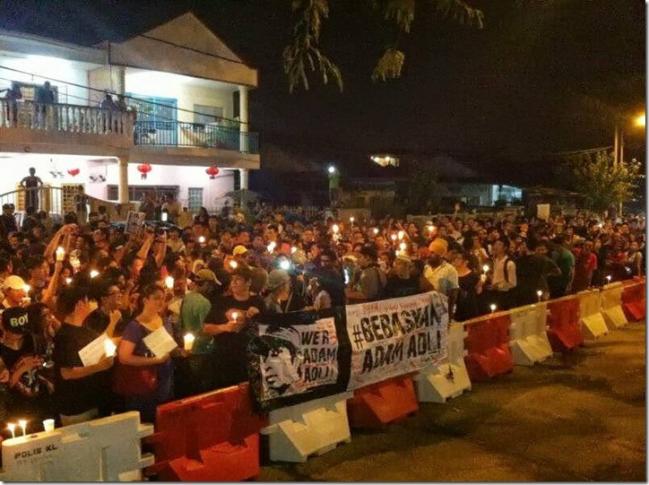 Vigil for Adam Adli – police attempted to disperse the 5,000 strong crowd last night by brutal methods and arrests, however the vigil remains undaunted as the student faces charges of ‘sedition’ for criticising BN’s cheating in the election.