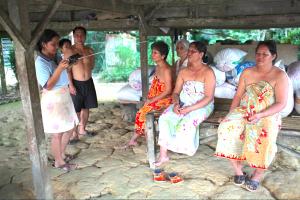 Reaching the rural people across Sarawak

The award was established in 1996 to honour media or organizations which have fought to ensure freer and more independent media in their countries.

The other two honours presented by the IPI’s Executive Director Alison Bethel McKenzie were the World Press Freedom Hero Awards, bestowed on two highly distinguished journalists, Marie Colvin and Mika Yamamoto, who were both killed in Syria last year. 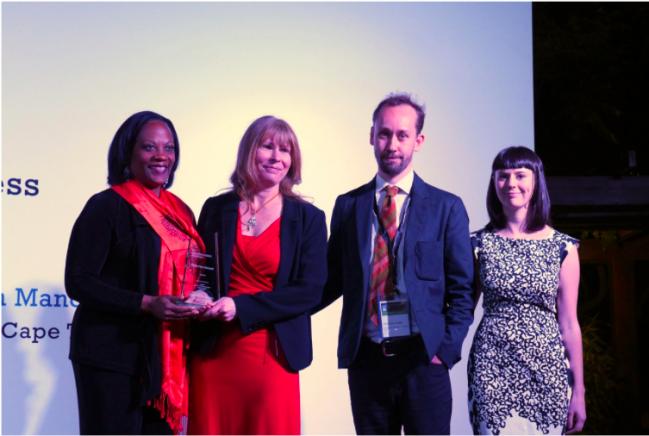 In her address to the 300 guests present at the gala dinner at the Hussein Club in Amman Alison Bethel McKenzie said:

“It is my pleasure and honour to hand the 2013 IPI Free Media Pioneer Award to Radio Free Sarawak.  Radio Free Sarawak was established by journalist Clare Rewcastle Brown and started broadcasting in November 2010 and bills itself as “the independent radio station that brings you the news you want to hear not what others want you to hear”.  In practice this bold mission has involved among other things on-going attempts to expose alleged government corruption in Malaysia” 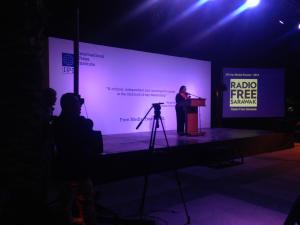 Little Radio Free Sarawak gets top billing amid the big names of the world media!

Ms Bethel McKenzie outlined how, broadcasting via shortwave radio and podcast, Radio Free Sarawak’s contributors have been detained by police and accused of possible acts of sedition by ministers in Malaysia.  Along with facing accusations of spreading malicious lies and threatening unity and harmony among races.

“During the bitterly contested 2011 Sarawak elections Radio Free Sarawak and its sister site Sarawak Report were subjected to what were believed to be deliberate, if ultimately unsuccessful efforts to silence them via cyber attacks. They have refused to be silenced. Instead they continue to broadcast loud and clear, critically and courageously”

Back on air shortly

The programme, which has taken a short recess following the election, is due back on air shortly to keep up its role informing the native people of Sarawak and hearing their views.

In her acceptance speech Clare Rewcastle Brown expressed honour and thanks for this recognition and support from the world’s oldest and most prestigious institute for international press freedom on behalf of her Sarawak Malaysian team of journalists and presenters and also on behalf of the station’s longhouse listeners.

“Malaysia is not used to a free media and we have provoked very aggressive reactions. Prominent politicians have accused us of sedition, filed police reports, accused us of poisoning the minds of the Dayak people of spreading lies, of acting as a virus and this has manifested itself in extraordinary cyber-attacks during this recent election and indeed jamming attacks as well and we find it telling that our small voice has provoked such an enormous and angry reaction in Malaysia, although it has also helped to enhance our status in many ways.  It has shown that reform is needed in the media and we will carry on our work in bringing an opportunity, a platform to some of the world’s most isolated and intimidated communities, living in the jungle far away from anyone and having that jungle cut away from under them, their rivers polluted, food becoming hard to find and really not knowing what is going on around them”. 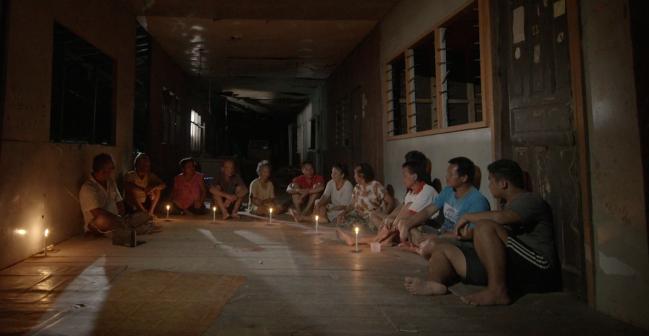 Without electricity – longhouse folk listening to RFS by candlelight