BN are persisting in their childish attempts to shut up criticism by attacking this website and also the websites of Radio Free Sarawak and Radio Free Malaysia.

They are also jamming the broadcasts of the two radio stations, but with patchy success.

Although the three websites have been hit hard and repeatedly by so-called DDOS (Distributed Denial Of Service) attacks, these attacks are being successfully countered by our systems.

Our web managers have identified attacks being distributed through the United States and elsewhere. Which indicates that a great deal of money and preparation has been put into trying to shut up our voice during what is supposed to be a free and fair, democratic election.

What are they so frightened you will read and hear?

Other independent news providers in Malaysia are also being attacked. The Malaysian Insider and Free Malaysia Today appear to be among the targets, as they are taking similar evasive action.

The attacks were entirely expected, because BN has a long record of trying to silence and disable independent media in this fashion, particularly during elections. 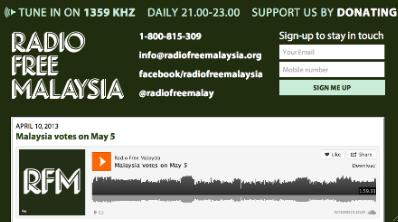 Malaysia’s ruling party appears to have no confidence in its ability to withstand any sort of independent scrutiny or criticism, preferring rather to shut it up by illegal and clumsy means, such as this much trumpeted “cyber-warfare”.

We wonder which stories they fear most getting out to electors? Is it the evidence of massive corruption on the part of ministers and their flunkeys, who are seeking re-election?

Is it unflattering analysis of their policies and questions over how such an oil rich country still manages to be largely under-developed and be home to so many poor people, while UMNO party members are buying up half London at the same time?

Or is that they need to silence information channels which might be able to report the conduct of massive election bribes and ballot rigging over the coming period?

We suspect that all of these motivations are at play and we suggest that these motives are as transparent to the people of Malaysia as they are to us.

BN’s approach to managing elections seems frankly backward. It is possible that giving voters a few ringgit and refusing to let them have any facts about the running of the country was the secret of their electoral success from the 60s to the 90s.

But to continue with the same sad old, corrupted formula into the internet age only shows that while the rest of the world has moved on, UMNO has got stuck in a rut.

It is always the case that parties that lose their way cling on to methods that worked in the past – even though it is clear that most online portals now have the means to resist these silly attacks and then to report on them in a way that names and shames the perpetrators. 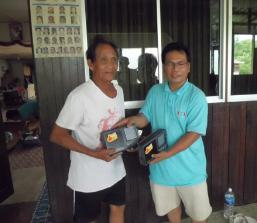 Our broadcasts have been reaching the rural population of Sarawak and BN are clearly frightened.

BN are clearly so bewildered and stuck that they will keep on desperately trying to shut up the independent voices of Malaysia, like a feeble old man swatting at a cloud of flies, because they don’t know what else to do.

If they had wits and a clear conscience they would settle down to the debate and answer back the criticisms. They would bring forward their policies and defeat their opponents in a fair discussion, like adult democrats.

But the truth is that BN are without this confidence that they can win the debate. And they don’t have a clear conscience or the ability to deny the overwhelming evidence of corruption by their party for the past 50 years.