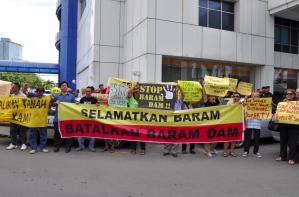 Malaysia and Sarawak and Sabah all gained democracy at the same time as independence.

That means that the people are in charge and the politicians are named ‘servants’ of the people like they are in Britain and America and other democracies.

These politicians have fixed salaries and should expect to be changed every few years to make sure they do not get lazy, mistaken or corrupted.

It is for this reason that democracies hold regular elections, so the people can politely change their political servants for someone fresh and new.

If the people never use this power to vote out their leaders then, unfortunately, it is only human nature that those politicians will start to forget that they are the servants of the people and imagine they are entitled to always rule (and their sons after them). 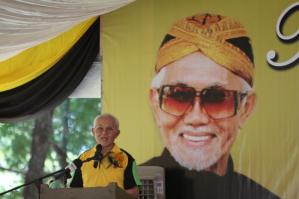 They will be tempted to become corrupt and find ways of vastly supplementing their salaries by misusing their positions of trust and cheating on their responsibilities.

‘Development’ projects are one great way a politician can cheat.

He pretends he is bringing in progress, first by taking money from the state, then by taking land from local people and then by giving the money to people close to him to make profit from that land.

Usually, if this ‘development’ is just an excuse for the politician to steal resources for himself, it makes the rest of the people poorer and not better off at all.  This is tragically what has happened in Sarawak, which has lost its timber and oil, but with no gain for most of the people.

So people in democracies need to be alert and remember that it is healthy to change their politicians regularly at elections, so that these servants know they cannot get away with such corruption without being discovered and punished.

Too timid till now 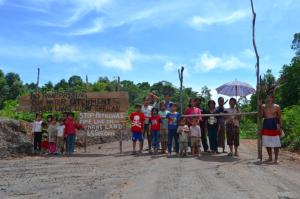 But of course, too often greedy politicians will try to exploit the politeness of the people and also keep them ignorant of their rights.

This is what Taib has done in order to keep hold of power for the full 50 years since independence.  Huge numbers of people who might argue with his policies have simply been excluded from the electoral register or even refused citizenship in their own country!

This old man had the chance to be appointed as a young man to Sarawak’s very first cabinet and he has held on to that power like a limpet ever since, undermining all the rules of democracy.

He has grabbed and grabbed in the name of development and he has ruthlessly bribed and cheated and broken all the rules of fair elections to keep that power, so that he can keep taking money from the poor people of the state.

And for all those years the people were too polite.  They tried not to complain.  They forgot that Taib was just a servant and allowed him to behave like an old fashioned rajah –  just how he liked it. 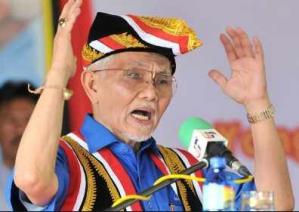 Taib had the luck to be trained as a lawyer, but has spent a lifetime undermining the laws of democracy

After all Taib likes to tell people that some distant ancestor was a bigwig in the Brunei royal family (even if his Dad was just a carpenter in Miri) so he has started to believe he can act like a sultan and destroy the democratic rights of the people.

But at last the people of Sarawak are starting to make it clear that enough is enough.

For 50 years they have watched their lands destroyed and taken and their rivers polluted and their birds and animals wiped out.  But now, as the resources have become scarcer they are realising they must act.

And as Taib looks for new ways to get rich, by flooding the country with dams and taking the last pieces of land belonging to native customary rights, more and more people have started to simply say ‘stop’.  They have ceased to be polite and they have started to exercise their democratic rights to speak out and demonstrate as individuals. 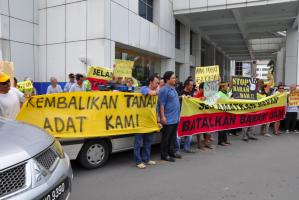 Can Taib go anywhere now without embarrassment? Never mind the election campaign promises to be more interesting at last!

In Miri this week a group of such people came to protest at Taib Mahmud’s visit to the town.  And why not?

In the past they would have been fearful, because officials always tell them that to protest against BN is to be an ‘enemy of the state’.  But people now realise that such claims are taking advantage of ignorance, because the people were given democracy 50 years ago and they are in charge.

The worst enemies of the state are politicians who seek to steal the people’s rights and freedoms and democratic votes and their money and land.

So in Miri the protestors who refused to welcome Taib’s visit demanded to know why they had still not received their rightful IC Cards and voting rights to make their voice heard?  They wanted to know why grateful foreign workers are being given them instead, as long as they promise to vote for BN? 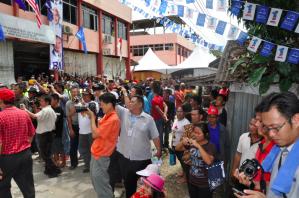 Outside during Taib’s speech promoting the Baram Dam at Long Lama. Protestors wrecked his visit, which had been carefully prepared with hundreds of folk given RM50 to come and listen

These people were also protesting against the dams that are being planned in their areas without rightful reason or consultation.

Such protests are perfectly right and legitimate and Taib deserves them.  In the same way he deserved the protests against his similar visit to Long Lama in the Baram region a few days before.

In the old days people would have fearfully bowed and clapped when the great ‘White Haired Rajah’ of Sarawak came to their area.  But now they are making clear that they are fed up and they want rid of this deluded and greedy old man.

So is there anywhere in fact that Taib will be safely able to visit over this coming election without the embarrassment of protests and demonstrations? The answer is probably not.

Never mind. The old man is at least getting a flavour of real democracy in action before he at last leaves office! 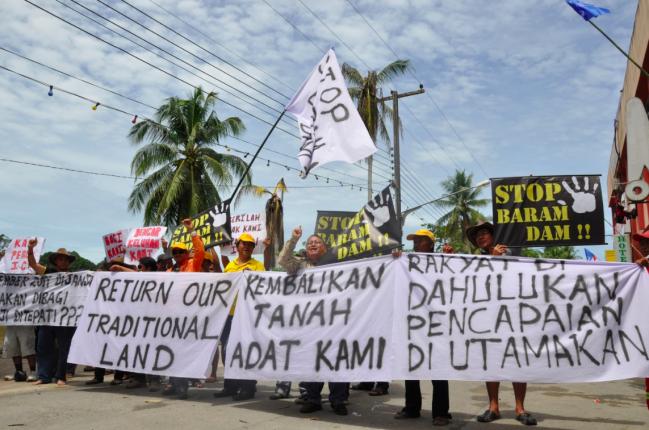