Corrections Come In On Ben Fogle.... 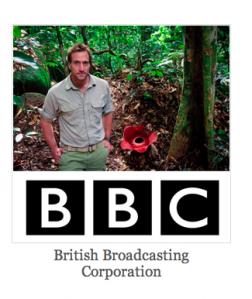 As advertised? – the BBC say Fogle was not working for them

Sarawak Report has received denials from the BBC that it has commissioned any of the material filmed by Ben Fogle in Sarawak.

The trip, which was organised by a UK travel PR company, Hills Balfour, was paid for by the Sarawak State Government.

However, much was made locally about the BBC’s supposed involvement.

Fogle was reported to have travelled out with ‘BBC cameramen’, however it is likely that these were former BBC cameramen working freelance for Hills Balfour.

Another Sarawak production team was also on the job, called 4CG / For Common Good.

4CG’s online promotional material about the contract the company also refers to the ‘BBC’ crew.

That impression was strengthened by Hills Balfour publicity, which confirmed that a ‘distinguished’ camera and production team were accompanying Fogle over on his trip to Malaysia from the UK. 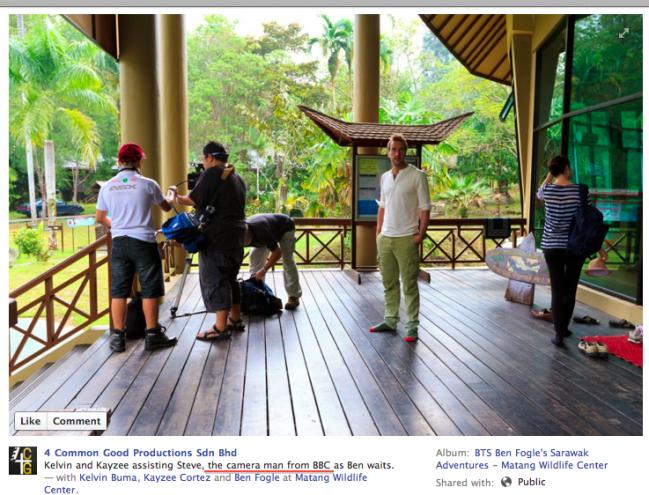 ‘Man from the BBC’ or just a freelancer working to make films for the Tourist Board?

However, it was federal minister, Jacob Sagan’s photographer daughter Sharon who was most responsible for putting it about that she was working on a shoot with the BBC.  Did that inflate the importance of the job as far as she was concerned?

Sharon gushed in her blog about the BBC involvement in her project, saying how the BBC man had told her that her pictures were in Hello Magazine.

BBC/ Ben Fogle Production? – more from Sharon’s blog (no wonder she pulled it down)

Sagan even went so far as to claim that the BBC are now to be listed as one of her clients.  She made clear this was thanks to the Fogle shoot, because next to the claim she placed a picture of Fogle (taken by her) with the BBC logo right underneath! 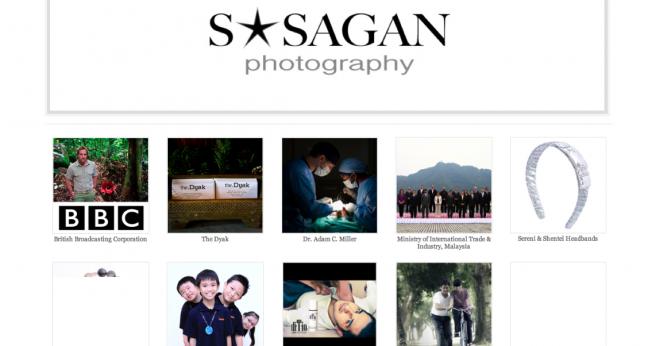 However, Sharon’s site was taken down yesterday following our article on the affair.

Fogle’s Twitter campaign and promotional videos and articles have raised many eyebrows amongst people who know about the environmental and human rights problems caused by the corruption of Chief Minister Taib Mahmud.

Professionally managed from beginning to end by Hills Balfour, his message was that he was travelling in the unspoilt jungle in Sarawak and seeing wild orang utans.  Sadly, he displayed a terrible lack of grammar in the process.

In fact Ben’s ‘eco-tourism product’ involved being filmed with captive baby orang utans whose parents have died after being driven from the jungle by Taib’s logging practices.

Hills Balfour have been drumming up an online blogging campaign to publicise a green image of Sarawak’, using professional bloggers and ‘Mum’s blogs’ and Twitter sites, while making no mention of the serious eco-concerns about the devastation of the state by logging and oil palm.

“Wildife conservation as it should be”- is this naked attempt to greenwash Taib’s destructive policies, or a genuine tweet?

The PR company have been inviting bloggers to come to London to see Ben and watch his films and even put it about that some lucky bloggers will be invited on expenses paid trips to Sarawak.

The tactic is reminiscent of the paid for trips organised by Josh Trevino for APCO and FBC Media who were trying to create positive publicity about Malaysia after being paid millions by Taib and Najib.

Professional ‘Mummy bloggers’ who raise money by advertising on their site have been responding positively. None of them seem to have researched the real situation in Sarawak regarding the animal life on the brink of extinction and tribal peoples who are losing their rightful lands. 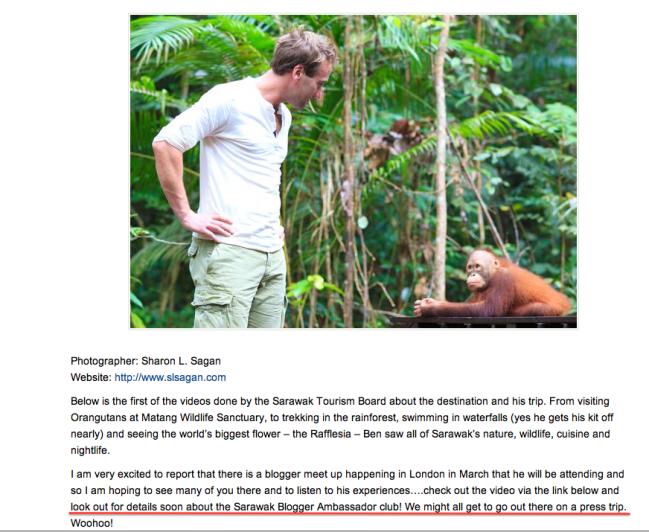 In return the PR company is clearly expecting syrupy tweets about how brave and ‘sweet’ Ben Fogle looks posing next to orang utans.

The photographs were taken by Sharon Sagan, a daughter of the Baram MP Jacob Sagan, who corruptly received a multi-million ringgit belian timber concession and who has been teased for being able to afford helicopters to do her areal shots. 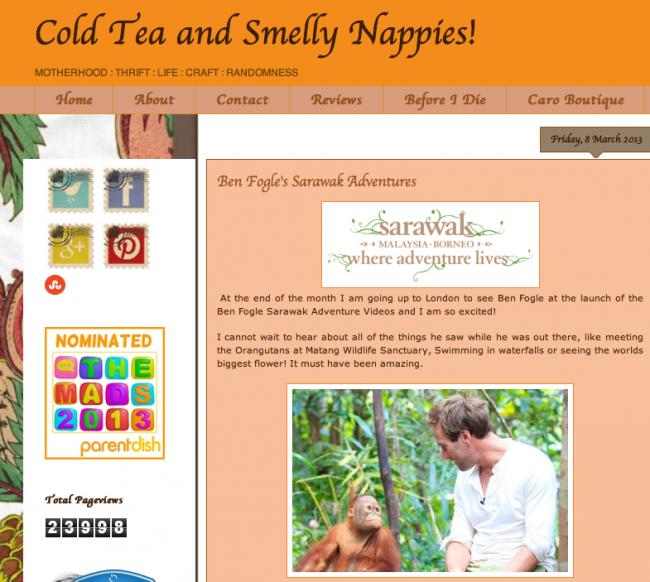 Do I get to go to Sarawak too on the Chief Minister’s ticket?

Today Hills Balfour said they were “unable to help” when questioned as to whether Ben’s films would indeed be shown on the BBC.  They asked us to call the BBC directly to find out.  We replied that we already had and that the BBC has asked Hills Balfour to comment on the claims instead.