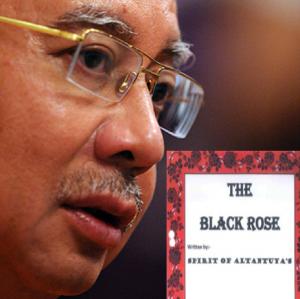 Enough to cause a stroke?

Word is seeping out that the Prime Minister of Malaysia suffered a ‘minor stroke’ over the weekend.

Given the scandals building around him, perhaps the pressure has started to tell?

So far, Najib Razak has provided no substantial answers to the deadly accusations over the past couple of weeks, further linking him to the cover-up over the murder of the model Altantuya Shaariibuu and to the kickbacks from the French Scorpene submarine deal.

Instead, in an extraordinary move, he directed the Defence Ministry to execute a blatant buy up of a company owned by his main accuser and former business friend, Deepak Jaikishan.

Malaysia has been left asking why did the PM so suddenly and arbitrarily decide it was necessary to pour millions of ringgit into a company of no apparent use, which just happens to be owned by the man who has been threatening more revelations? 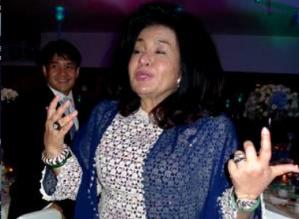 The ‘First Lady’s’ love of diamonds is well-documented

However, the former carpet dealer, Deepak,  immediately made clear that the sum was not enough to get him out of the financial trouble, which his business dealings with the Prime Minister appear to have landed him in and which started him talking in the first place.

Ensuing revelations have duly appeared over the past 3 days, including the publication of a much heralded book attributed to Deepak, The Black Rose.

There has also been new evidence that the carpet dealer bought millions of ringgit worth of diamond jewellery for the first lady (jewellery being a well-known foible of hers) in order to smooth his deals with the Razak family involving the sale of state lands.

Deepak has started to become strained and contradictory in his interviews, blaming the opposition for not supporting him and denying supplying information to journalists, but none of this looks good for the PM.

So are we seeing a leader physically succumbing to what must be unbelievable strain or instead, a man who has decided that the game is up and it is time to duck out on good old fashioned health grounds?

What is certain is that while a ‘minor stroke’ may be survivable in terms of health, it is fatal in politics for someone three months away from leading the government into a crucial election.

So, if Najib does admit to having had this stroke, then either way it means he is heading for the exit before the election.  The lightening strategy would parachute him out of BN’s current nose-dive and allow his aggressive Deputy, Muyhiddin bin Yassin, to snatch the controls in a last ditch attempt to rescue the spiralling downward trajectory of the UMNO-led coalition. 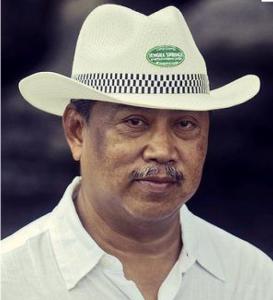 Riding to the rescue – does Deputy Muhyiddin really imagine that he can seize control of BN just before the next election and blame all past wrongdoings on ‘sick’ Najib?

Conversely, if Najib refuses to admit to the stroke, but has in fact suffered this unfortunate turn (our sources say doctors have been on standby all weekend), then BN will become weaker by the hour in the run up to the election.

Not only will the party be led by a man who is not up to the job, but those circling him in his own ranks will increase the pressure and create further disruptive divisions instead of tackling the opposition.

It is this internal rivalry that possibly provides the most likely explanation for the destabilising rumour about Najib’s health.

The people who most want Najib out are his colleagues in BN. Their aims are selfish, yet they know that Najib has managed to remain more popular than his wider party throughout his period in office, so they have had to move carefully.

This current situation, where the Prime Minister seems unable to disentangle himself from a sex and murder scandal borne out of greed, corruption and incompetence of jaw-dropping proportions, has given them their best chance to dislodge him and attempt to create a clean slate for themselves.

The prospect of an election during a honeymoon, new leadership period must seem very tempting for anyone planning to take over, given all the dirt and disillusionment of BN’s 55 years in office.

However, if Najib is forced to fall on his sword over the coming days, it is wishful thinking on the part of his likely successors if they believe they can then disassociate themselves from all the corruption, cover-up and incompetence of his Prime Ministership.

After all, these people have been there at the PM’s side every step of the way and they are every bit as responsible as he is for the corruption and cover-ups.  What’s more, the people know it.