What A Little Bird Told Us - Time For Change? 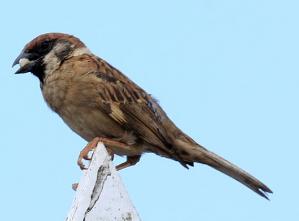 Can we save Sarawak's wildlife from BN's plantation madness?

The Chief Minister is well known for his obsession with black magic and omens, despite his proclaimed Muslim faith, which bans both.

Sinister black birds are known to been allowed to hop freely around his home in Damak Jaya, spooking guests.

The basement is packed with shrines and bomoh artefacts, all part of Taib’s attempt to use the spiritual world to gain advantage over his fellow people.

So, he will understand full well the significance of the action of one simple, small bird who came in from the falling jungles to listen to the words of opposition PKR leader Baru Bian as he spoke to longhouse folk this week.

We reproduce the story from Baru’s website at a time when Sarawakians are searching their souls for guidance on the eve of a key election. 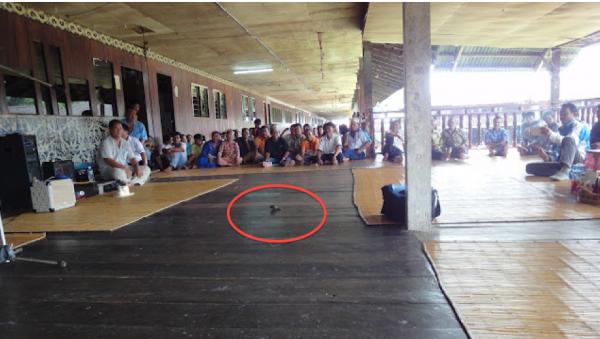 Baru speaking at the longhouse with the little bird attentive throughout!

Baru Bian at Uma Sambob: Along came a little bird…

Uma Sambob, Long Semutut was the last stop of YB Baru Bian’s visit to Hulu Rejang on 28-30 July 2012. One of the residents of the longhouse, the late Joseph Lenjau was represented by Baru in a suit against 6 companies and the Goverment of Sarawak many years ago.

When Baru started to talk about Joseph Lenjau’s struggle for justice, a little bird flew into the common area and headed towards him. The bird fluttered above Baru for a while, then circled around him and settled down on the floor in front of him.

Facing Baru, the little bird sat and listened attentively until the speech came to an end. A lady, who is related to the late Joseph Lenjau then approached the bird and reached out to hold it. To everyone’s amazement, the bird allowed itself to be picked up by the lady, who was crying. She kissed the little bird and took it into a bilik. The bird was later released. We are told that there were very few dry eyes that day at Uma Sambob, Long Semutut. 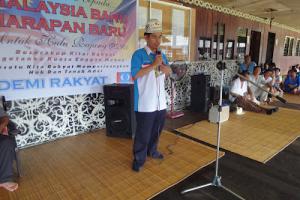 Abun Sui, the next speaker, was too overcome by emotion to speak.

To the people of the longhouse, the visit of this little bird is of great significance.

They say that the bird came with the message that the animals and birds are suffering together with the people as their homes are also being destroyed by the logging and plantation companies.

They say the bird brought the message that justice will finally prevail and those who fight for justice will enjoy the fruits of victory soon.

A very meaningful visit by a little feathered friend.