Taib Grabs Yet More Billions Out Of Sarawak's Destruction! 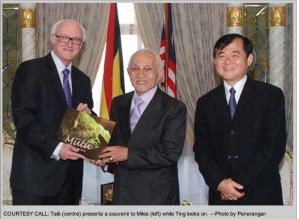 Why? - Australia's Miles Kupa has been assisting key deals between O M Holdings and Sarawak

Australia’s support for Taib Mahmud’s SCORE project is becoming ever more deeply questionable, as the corruption surrounding every project in which it has sought to be involved gets plainer by the day.

The message should be coming through clear by now.  If you do business with Taib Mahmud’s Sarawak then you are immersing yourself in a world of bribery, backhanders and theft from the people of Borneo.

So it is time for a re-think surely for Miles Kupa, Australia’s High Commissioner ?

His enthusiasm over the past year for promoting ‘Australian’ investment in SCORE has caused embarrassment after embarrassment for honourably-minded people in his country, who are concerned about Taib’s environmental destruction and his theft from his people.

After all, Kupa was still applauding the plans by Rio Tinto Alcan to build a smelter, just as the aluminium giant had decided to pull out of Sarawak.  That decision followed our expose that Taib’s family firm CMS was the 100% owner of the licensed company SALCRA, in which RTA was due to invest $2billion dollars ! 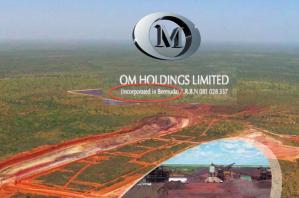 Kupa has also been cheering at the involvement of O M Holdings Limited in SCORE, a company he has chosen to describe as ‘Australian’, because it is listed on the Sydney stock exchange.

But, O M Holdings is in fact based in the off-shore tax haven of Bermuda and is China linked.

So, why is the Australian High Commissioner making such efforts to promote this company’s construction of yet another aluminium smelter plant in the once pristine areas of the Borneo Jungle, using cheap electricity from the controversial Bakun Dam?

There are numerous concerns about the lack of effective and objective environmental and human impact assessments surrounding such projects in Sarawak.  Already the existing smelter plant owned by Pressmetal in Mukah has caused extensive health and environmental problems in the surrounding area.

And OM Holdings will bring no more in the way of jobs or income to locals (or Australians) than Pressmetal – i.e. zero.  So, why all the effort? 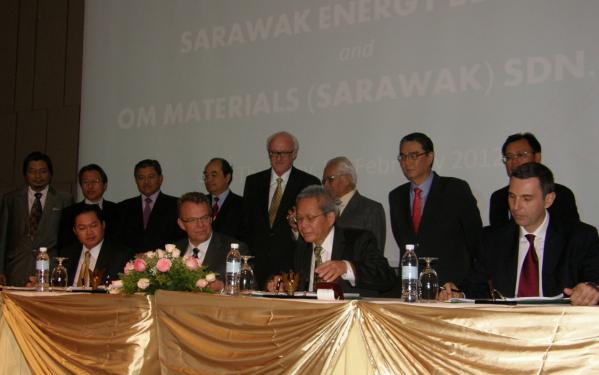 More money for Taib of course!

Why doesn’t Kupa instead question the corruption surrounding this project, which is every bit as bad as the failed Rio Tinto venture, thanks to Taib’s greedy determination to make millions out of anything that needs a permit in Sarawak?

The bosses at OM Holdings seem perfectly aware how the game is played by BN.  If they want to build their filthy, dirty plant and pollute the poor people of Sarawak, then lots of lovely money is going to have to find its way towards Taib. 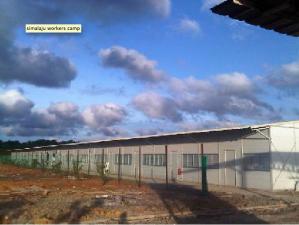 Workers' camp for KKB Engineering - now they get to build the RM2 Billion project!

We have already shown how their first step was to offer Taib’s family firm, Cayha Mata Sarawak Berhad (CMSB) a fat shareholding in the entire venture.

Then we demonstrated how O M Materials provided a further huge kickback for the Chief Minister through the company KKB Engineering Sdn Bhd.

KKB was the outfit which grabbed a juicy RM70million contract from O M to flatten out and prepare the smelter site.

It was a contract O M chose not to tender out to the lowest bidder and as we pointed out at the time, KKB Engineering Sdn Bhd is also owned by CMSB!

Consider the worth of these projects to Taib and his family.  Taib’s own wife Laila continues to be the largest single shareholder of CMSB, even though she has been dead the past 3 years (and his four children own most of the rest). How do their auditors Ernst & Young explain such a strange anomaly?

Another RM2 Billion project for CMSB!

Yet, Taib has evidently been demanding even more money out of this single project. The BN-controlled Star Newspaper has now alerted the world that KKB Engineering is also primed to receive the massive contract for building the entire factory as well!

That further contract will involve a projected expenditure of just under RM2BILLION! 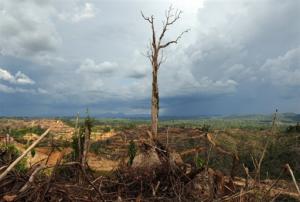 So, while the poor people of Mukah have been instructed to continue waiting for the benefits of this SCORE project, which has destroyed their lands and so far provided them with nothing but pollution, Taib Mahmud is cashing in up front and big time too!

It makes his own enthusiasm for SCORE easy to explain!

As he bragged so recently “I have got more money than I could ever spend”. Yet, for the greedy old monster of Sarawak even this is clearly not enough.

It is frighteningly plain that Taib is intent on taking and destroying everything he can lay his hands on in order to satisfy his unquenchable thirst for money.

And none of that money is he prepared to share with the poor people he pretends to represent, apart from the smallest bribes he thinks he can get away with each ‘election-time’.

Australia and Australian representatives should therefore have no part in this disgraceful process and well-off Australian institutions like Adelaide University should be ashamed to have taken millions from Taib Mahmud in return for a doctorate and further honours, when so little has been offered by this greedy dictator to improve the lives of his own impoverished people. 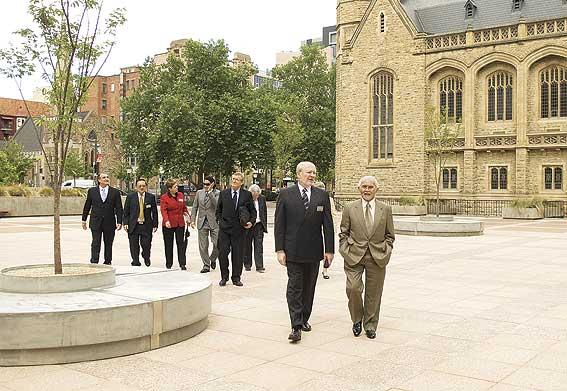 Adelaide University Vice Chancellor James McWha - Should he keep taking the un-accounted for millions offered by Taib, while the people of Sarawak are left poor and destitute?