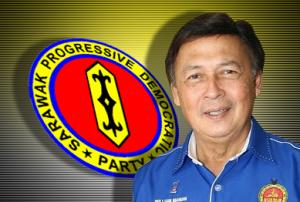 The Sarawak Progressive Democratic Party have been lashing out at each other in recent months like a bunch of vicious crocodiles.

Five members have walked out and now they are fighting with the party leader, William Mawan, over who should contest which seat for BN at the coming Federal Election.

So, it is perhaps no surprise that one of the dissidents, Sylvester Entri, actually referred to himself as a “Crocodile bin Abdullah” after he was challenged on Radio Free Sarawak last year about his secret conversion to Islam – a fact that he had kept secret from his Dayak voters!

Thanks to tip offs from our readers, Sarawak Report can now lend some insight into what this fighting has really been all about.  And it turns out that the party’s “progressive” policies have a great more to do with developing the wealth of these squabbling YBs than improving the lives of the people or democracy in the State of Sarawak. 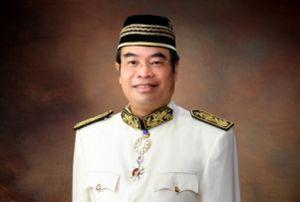 Our reliable inside information is that the real reason for the fall out between these former brothers in politics, who form one of the key Dayak components of Taib’s Barisan National coalition, is a fight over money.

We are talking about a lot of money.

Money that they doubtless regard as their rightful reward for loyally backing the corrupted Chief Minister, who has exploited the lands of their own people for so many decades.

This money has come through at least two companies, which they have ironically chosen to call Barisan Progresif Sdn Bhd and Semangat Progresif (M) Sdn Bhd, in a blatant reference to the title and posture of their own party!

The record on the official Construction Industry Development Board website shows the sort of government contracts that have been handed to these companies.  Take for example the RM300 million contract handed to Semangat Progresif by the Ministry of Finance to build a Traffic Police Station! 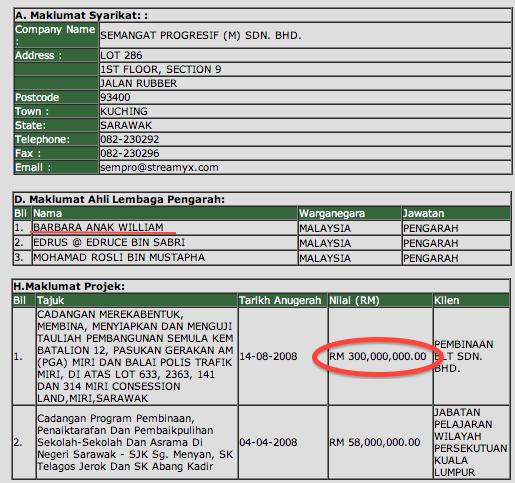 With such a price tag we suggest that this must be a very fancy police facility over in Miri!

Or could it be that in fact the payment had less to do with the actual cost of building these quarters and more to do with the price that BN were prepared to pay to keep this key Dayak party on board with their 6 seats headed by William Mawan? 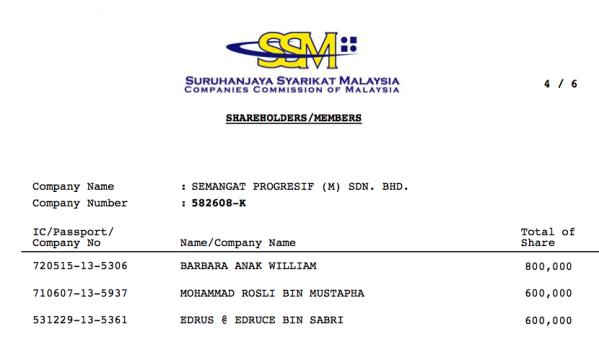 One of BN's 'Super Datins' - Barbara William Mawan has landed a 300 million ringgit construction project from the Central Government!

This, by anyone’s measure, is a staggering achievement for the young lady.

Is she a qualified engineer?  Has she made millions in order to invest in such projects?  Did she put in a tender that was so much lower than any other competitor?  Or is it merely that she is a dutiful daughter of her father William and happy to act as his nominee in this matter? 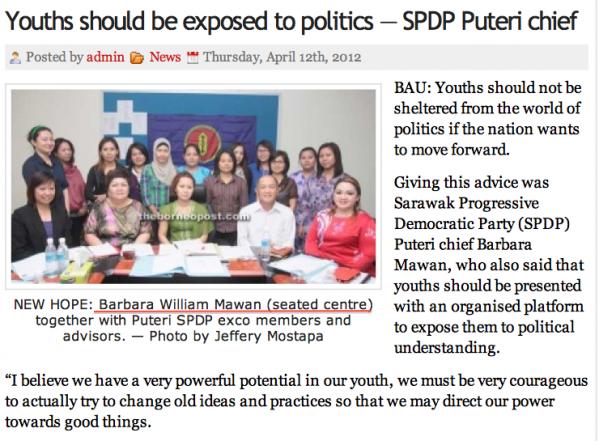 Engineering wiz-kid and aspiring politician posing for the Borneo Post - Barbara heads up the young ladies wing of her Daddy's party!

Our insider information is that it has been the arguments over the dividing of the spoils of this contract that has caused the split in Mawan’s party.  Apparently, other YBs are angry and jealous that he has grabbed so large a share of the profits for himself!

We wonder what the police officers who have been used as the excuse to make such profits out of think?

And what are the voters supposed to make of the spectacle of their ‘representatives’ fighting like bandits over the spoils of this theft from the public purse?

For ministers to accept contracts of this size from their own government is the definition of criminal political corruption, yet for BN in Malaysia it has sadly become a common-place.

However, the aggrieved parties over this contract have clearly not lost out entirely from their pact to support Taib Mahmud.

As one commentator on Sarawak Report has remarked, Sylvester Entri appears to have also been well rewarded for his secretive conversion to Islam and his years of supporting Taib, instead of the interests of his own people.  Take a look at another company, Barisan Progresif Sdn Bhd! 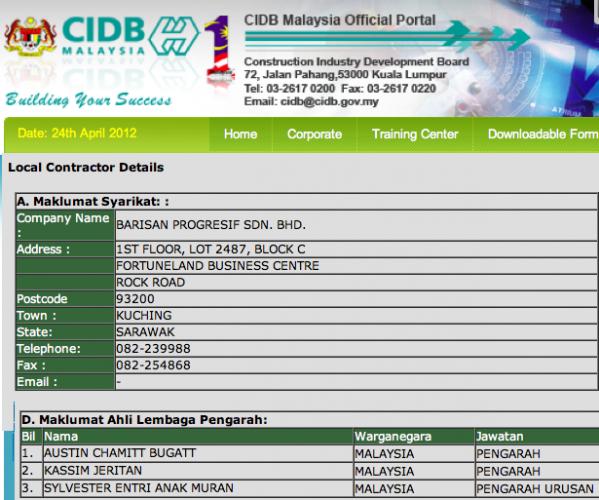 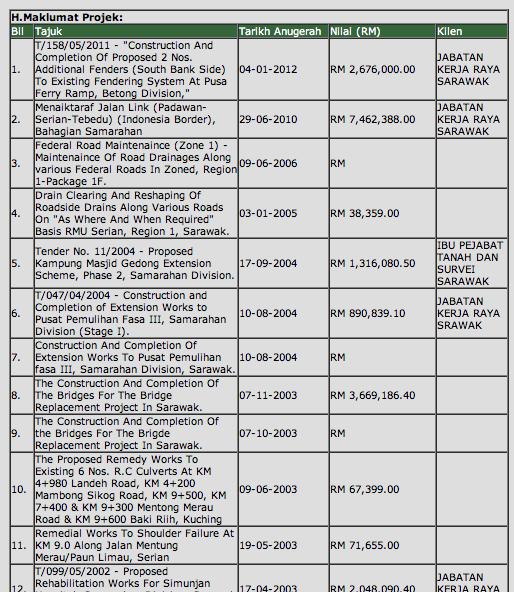 Millions in public contracts for the company Directed by YB Sylvester Entri!

There is an interesting pattern of Directorships and ownerships, however, to this company.  Almost as if Mr Entri was anxious to conceal his deep involvement?  After all, to be connected to a company, which has just received a RM2.6 million construction award from the Ministry of Public Works, which is his own portfolio, would possibly be something that even a BN YB in Sarawak might seek to keep quiet!

And we all know how Sylvester Entri likes to keep things that might be embarrassing quiet! [Crocodile Bin Abdullah]

So, if you look at the Register of Companies at this present time you will notice that Entri is no longer listed as a Director or Shareholder, even though he is plainly listed in the official CIDB website as a director (above). 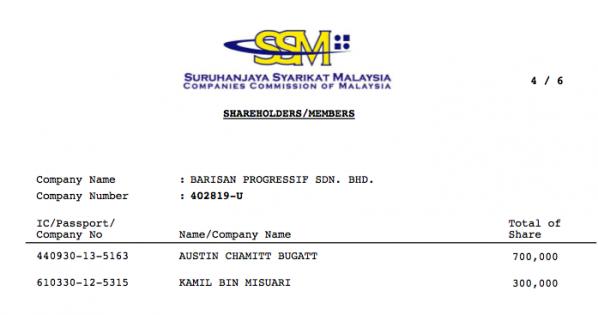 However, our historical researches show that Entri was registered as a Director and 70% shareholder up until 12/10/05 at which point he handed his shares and directorship to Austin Chamitt Bugatt.  Mr Bugatt is believed to be a retired civil servant in SALCRA and so his ability to buy into such a thriving construction concern is rather mystifying.

What are we to make of that?