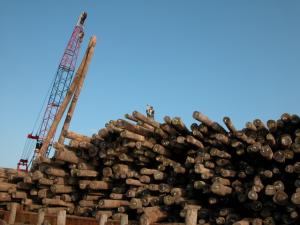 Clearing out the Borneo Jungle - more profit for Musa Aman?

A court case, lodged in the High Court of Sabah in Sandakan in February, raises further questions over the business relationship between the Chief Minister, Musa Aman, and the family of Michael Chia, as well as the lawyer Richard Christopher Barnes.

Aman has denied that Michael Chia was his favoured ‘adopted son’ or that he has had any business relations with him.

Yet the court case now reveals that Chia’s father, a barging contractor named Chia Nyet Min, was granted a monopoly over the transportation of logs for Yayasan Sabah during the time that Musa Aman was its Chief Executive in 1997.

Chia’s companies, Kini Abadi Sdn Bhd and Imej Berlian Sdn Bhd, have enjoyed that monopoly ever since, but Chia is now suing for damages of RM84.4 million, because it says Yayasan broke the terms of the monopoly agreement by allowing another contractor to take over some areas of work since 2005. 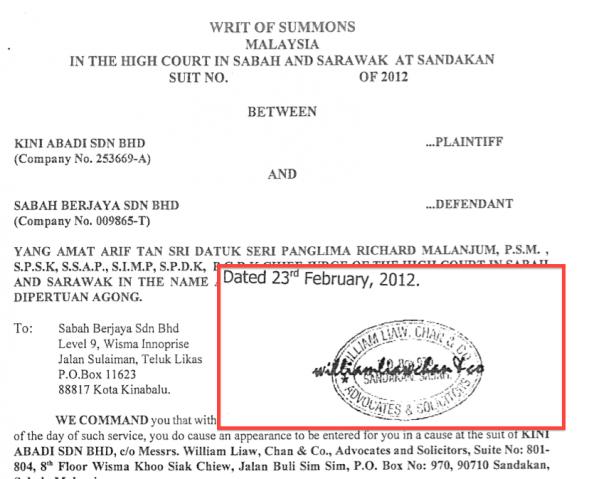 So, have the Chia family and Musa Aman now fallen out, or is this matter a little more complicated and devious?

The fact that the damages for an infringement of this barging contract are being set at the enormous sum of RM84.4 million, gives a clear picture of the extreme value of the monopoly that Musa Aman’s Yayasan Subsidiary, Sabah Berjaya Sdn Bhd, awarded to Chia’s company.

It begs the question why did Musa Aman decide, as Chief Executive of Yayasan in 1997, to avoid open market competition for barging contractors and hand a state-backed monopoly to just one family?

Is it a coincidence that this company, Kini Abadi Sdn Bhd, just happens to be owned by the father of Michael Chia, the man the Chief Minister has now gone on public record to disown? 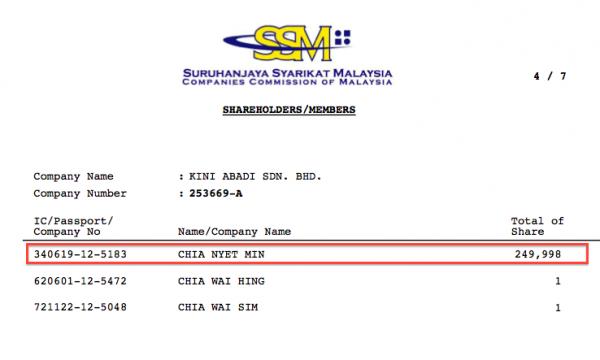 After all, until his arrest for suspected money laundering in 2008, Michael Chia used to publicly call himself the ‘adopted son’ of Musa Aman and presented himself as the go-between for the Chief Minister and timber tycoons seeking concessions from Yayasan. 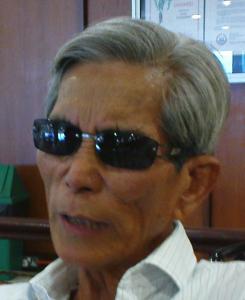 Chia Nyet Min - father of Michael Chia and the winner of an exclusive contract to hold the monopoly over the barging of logs from Yayasan Sabah's timber concessions.

Documents presented in previous court cases testify to this fact, including letters written by the timber dealer Agus Hassan of Peluamas Sdn Bhd, describing Michael Chia as the go-between in negotiations for getting timber contracts [see previous coverage].

Now, however, the Chief Minister is denying the association with Chia.  This is despite the fact that we have presented bank statements showing that Michael Chia was sending standing payments to Musa Aman’s sons in Australia to fund their education expenses!

The denial also ignores the fact that both Michael Chia and his father have been given numerous timber concessions by Musa, through Yayasan Sabah.

And it flies in the face of the new information that we are now able to make public, which is that Musa had also even granted the Chia family the monopoly over the barging of all the logs transported for Yayasan in the Sandakan region of Sabah! 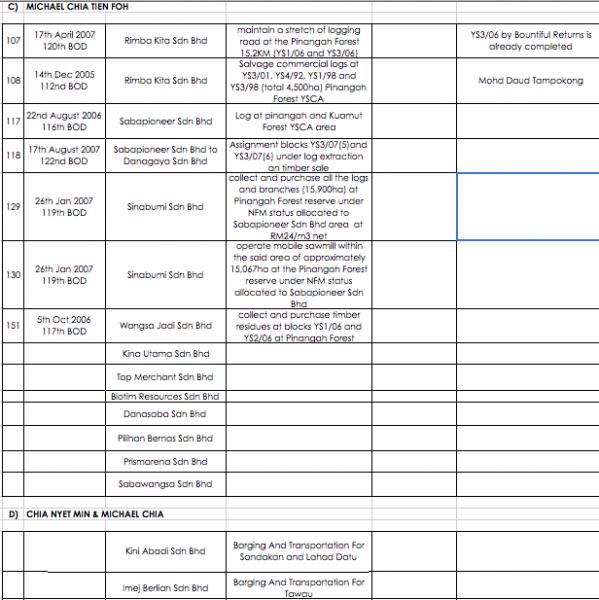 From our leaked MACC document - the Chia family's dealings with Yayasan Sabah - no business contacts?

How can Musa deny that he has had a business relationship with Michael Chia and his father Chia Nyet Min when there are so many documented ties between this family and Yayasan Sabah, which he has so long been in charge of?

Background to a relationship – Musa and Chia family

Aman’s fortunes in life began to rise after he achieved the position of Party Treasurer for the West Malaysia-backed UMNO party in Sabah in 1992.  This was just before the party achieved its political take-over of the State.

UMNO lost the election in 1993, but then staged its coup by bribing enough ‘frog’ assemblymen from the winning party, in order to get the majority in the State Assembly and to wrest control from the lawful winners of the election.  They have kept tight control of Sabah ever since.

Soon after the UMNO take over, Musa Aman was parachuted in as Chief Executive of Yayasan Sabah.  After all Yayasan Sabah is the trustee of the state’s rich timber resources.  His was clearly a politically motivated appointment to ensure the party had control over this valuable sector.

Aman kept this position until he moved on to win a State Assembly seat himself and then to take over as Chief Minister – at which point he also returned as Chairman of the Board of Trustees for Yayasan Sabah! 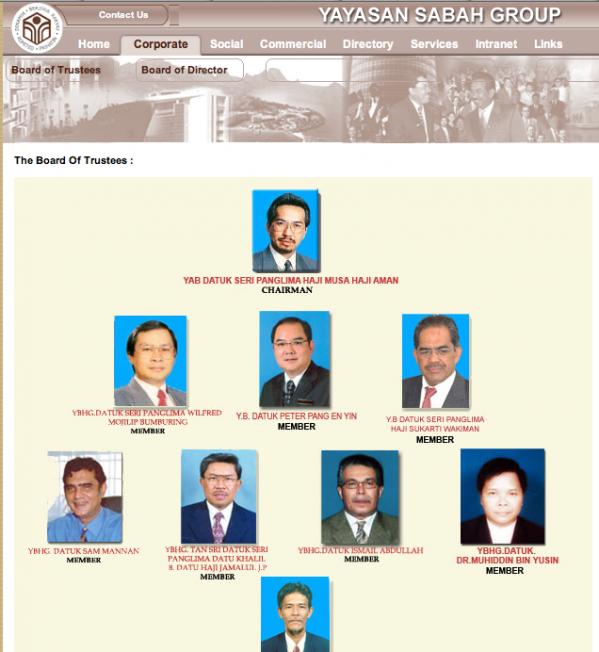 Back in charge at Yayasan - Musa Aman combines control of Sabah's richest resource with his role as Chief Minister!

Despite his job at Yayasan of supposedly protecting Sabah’s forest reserves for its people and for future generations, Musa appears, instead, to have started cutting the whole lot down as fast as he could, while diverting millions into his own bank accounts (see our previous coverage).

And by further creating a barging monopoly for Chia’s Kini Abadi Sdn Bhd and Imej Berlian Sdn Bhd, Musa Aman also made sure that no one else could benefit from the transportation business and squeezed out local people from potential employment and profit.  Instead all the profit went to Chia’s company.

Timber traders and competitors were soon complaining that the monopoly meant bad service, higher prices and the loss of jobs for local people.  So why would Musa Aman insist on supporting it?

Perhaps the Chief Minister would care to deny our inside information that the Chias were paying him RM5 in cash per m3 of logs transported under this monopoly?

After all this would make a real incentive for his awarding of the monopoly, which is otherwise hard to explain. 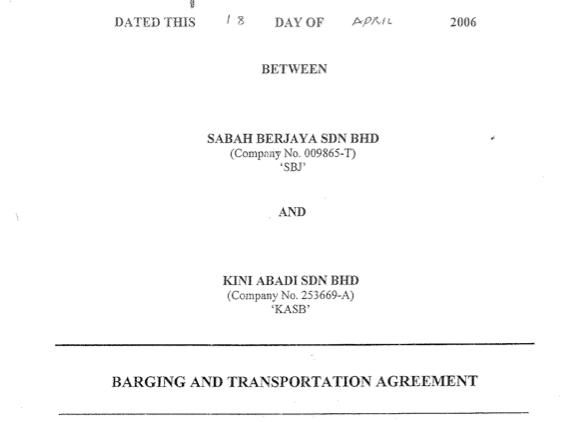 The contract between Kini Abadi and Yayasan’s subsidiary Sabah Berjaya Sdn Bhd, was renewed a number of times.

However, after a protracted row with timber traders, in particular the tycoon Andrew Lim, who complained to Yayasan bitterly over claims of bad service, Yayasan Sabah allowed some other contractors to come in.

This was the basis for the court case by Chia, since he claimed his agreed monopoly was being transgressed.

Chia’s deposition before the court (of which we have a copy) shows just how much the contract was worth. In his complaint he describes his company as having been appointed as the “exclusive agent” for barging wood extracted by Yayasan Sabah and then details how much timber was involved (below) 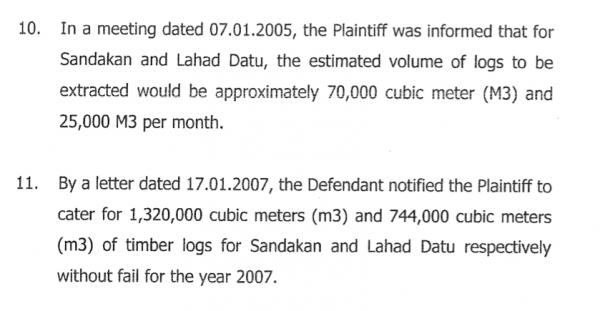 Extract from the court deposition by Kini Abadi Sdn Bhd - it shows the huge volume of timber to be transported, growing year on year!

The rates the Chias were allowed to charge for this transportation were laid out in the 2006 agreement, of which we also have a copy (below). 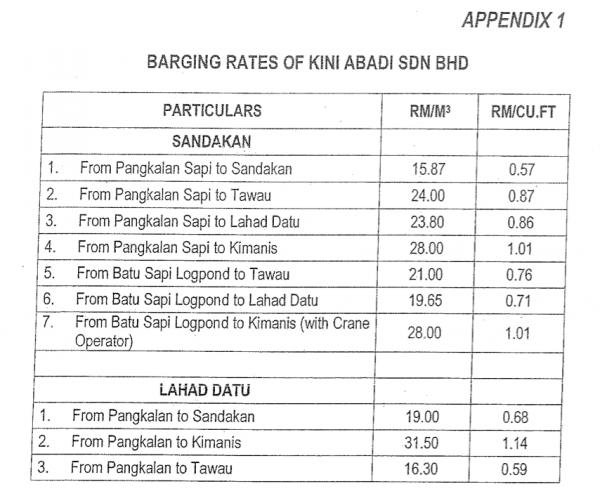 Lucrative - millions of m3 of wood to be charged these rates for transportation - how much was the kickback?

When Andrew Lim’s companies were allowed to start to use alternative barging contractors Chia claimed that the losses to his company amounted to the sum he is now demanding in damages RM84.4million.  He lays out his calculated losses in his deposition to the court (below). 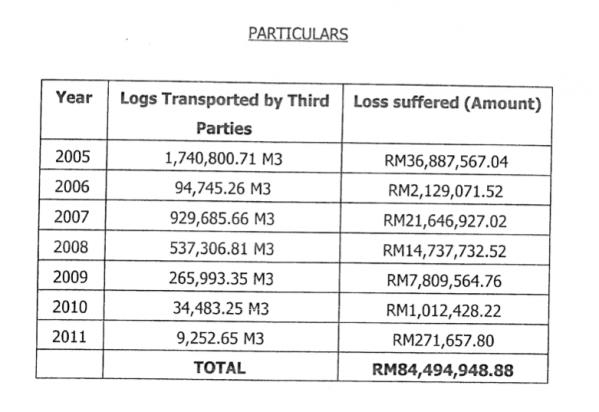 RM84.494,948million to be precise! Chia calculates his losses from the partial loss of his monopoly that he has enjoyed for years, thanks to the good offices of Musa Aman!

Business partners fallen out, or just a new way to make money out of Yayasan’s resources? 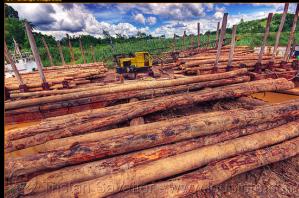 On the surface, it would appear that the once cosy relationship between Chia and Musa (which Musa now denies) has gone sour.  The businessman is suing the organisation which Musa heads and which had for years offered Chia such a very valuable monopoly.

On the other hand, insiders have pointed out that the Chia family would “never go against Musa”, from whom they have made millions and from whom they hold numerous valuable timber monopolies.

So, is this just another way to extract money from Yayasan Sabah?  After all this is only money from poor taxpayers, not from Musa himself.  The Chia’s, if they win the case, will walk off with RM84.4million of public money – no problem for Musa!

Richard Christopher Barnes just happens to be the lawyer often used by Yayasan Sabah when it comes to such things as taking advice on the barging monopoly!

It is also surely noteworthy that the legal advisor to Yayasan Sabah on this matter of the monopoly has been none other than a firm called Shelley Yap.

The Chief lawyer at Shelly Yap is Richard Christopher Barnes, another individual from whom the Chief Minister is now trying to distance himself.

It was Barnes, who was arrested by the authorities along with Michael Chia over the alleged laundering of millions of US dollars worth of timber kickbacks from Sabah.

As we have demonstrated in earlier reports, Hong Kong investigators have shown that Barnes was receiving money from HSBC and UBS accounts managed by Michael Chia and then forwarding it into an account in the name of Musa Aman in Zurich.

The Chief Minister has been actively denying his links to these two men ever since.  Yet how can he deny the fact that he has worked with both of them closely over many years through his dealings with them at Yayasan Sabah?

It is a matter of record! 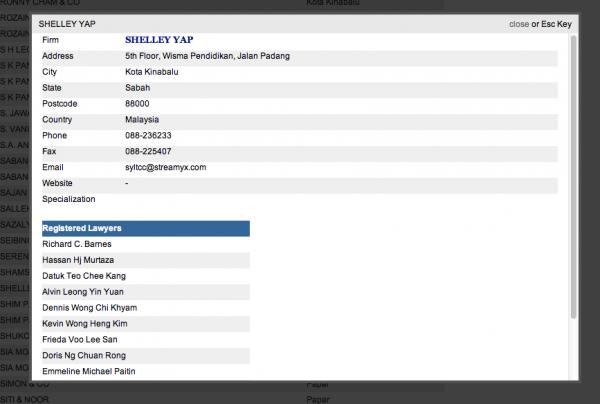 The Chief lawyer at Shelley Yap, who advises Yayasan Sabah on its monopoly? - Richard Christopher Barnes!

Barnes’ opinion on the subject of granting separate transportation licences to other companies was given to Yayasan Sabah in 2010.  He stated that this would be a breach of the monopoly handed to Kini Abadi and that legally they would be entitled to sue.

This is exactly the outcome that Yayasan now faces with the RM84.4million ringgit suit now tabled against them in the Court in Sandakan!