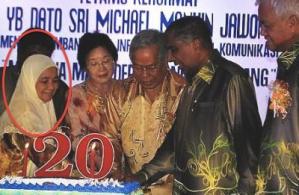 Super Datin, Noraini Binti Hussin is Director of the Billion Ringgit company Eastbourne Corporation Bhd - such an achievement for the wife of the Infrastructure Development Minister!

Women in the West are given to grumbling about the ‘glass ceiling’ that prevents even the most qualified and hard-working females from getting top management jobs and directorships.

However, their Sarawak sisters seem to have no such difficulties – as long as they are Datins that is.

The ‘Super Datins’ of Sarawak seem to achieve the most enviable positions at the helm of timber companies, plantation companies and major construction companies, even without qualifications or, indeed, working hard! 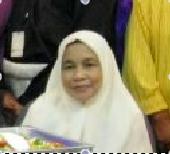 Datin Noraini Hussin, wife of the Sarawak Minister for Infrastructure Development, Daud bin Abdul Rahman, is one such shining example.

She is a Director of Eastbourne Corporation Bhd, which has just celebrated it 20th year as one of the most successful construction companies in Sarawak.

Eastbourne has also has had interests in timber, including Belian, and oil palm.

At the time of the celebrations of Eastbourne’s success last year, fellow Director Gani Matahir, announced that it had received a stunning RM1.12 billion in contracts, mostly from the government sector.

Such contracts include the Kuching Waterfront;  the PBB headquarters in Kuching; the Tanjung Manis reclamation project in Mukah; Bintulu General Hospital; and the Police Training Centre in Penrissen.

“Currently we are working on various projects costing about RM291mil. Among them are the Miri sewer project, roads in Mukah, and infrastructure developments in Bintulu and Tebedu,” Matahir was quoted as saying.

Apparently leading this success has been Sarawak Super Datin, Director Datin Noraini Hussin, who by coincidence is married to the Civil Engineer and long term BN/PBB Assemblyman for Tupong, the Minister for Infrastructure Development, Daud Abdul Rahman. 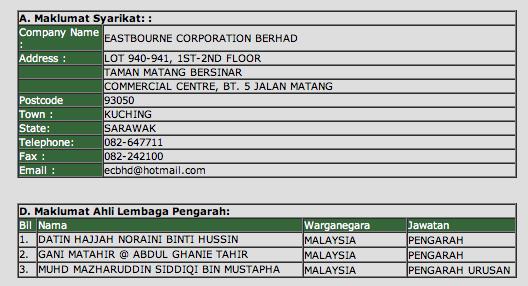 In charge - Mrs Daud is one of the team of three Directors registered with the CIDB as responsible for Eastbourne Corporation Bhd.

Or is it, actually, a coincidence that Datin Noraini Hussin is married to the Minister for Infrastructure Development?

We question whether Mrs Daud Abdul Rahman isn’t, actually, a rather obvious nominee for her husband, who is clumsily seeking to disguise the fact that he has been corruptly pushing around 3/4 of a BILLION RINGGIT worth of Infrastructure and Development projects through a company owned by himself?!

This is the quite staggering list of public projects registered by the CIDB as having been handed to Eastbourne over the years to the company – the value of these contracts total over RM750MILLION! 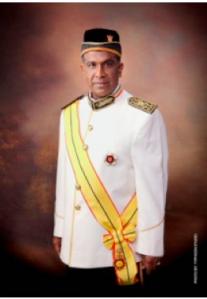 Daud in his ceremonial robes of office - but what independence does he have to represent his people when he gets such massive contracts from his political boss Taib Mahmud?

We have demonstrated that there is nothing Chief Minister Taib Mahmud likes better than to tie up his Ministers in concessions and contracts that constitute a corrupt conflict of interest.

This puts them under his control and makes them dependent for more handouts in order to live a life that far exceeds the level of luxury of a normal politician.

Daud Abdul Rahman studied engineering in the UK, where he knows full well that a politician caught running an engineering company that took contracts awarded by his own government would have to resign and would probably be put in jail.

Maybe that is why he puts his unqualified wife’s name as Director of the company?

Meanwhile, Daud likes nothing more than to lecture his people in his capacity as Assistant Minister for Infrastructure and Development about the need for the state to first cut down the forests, then move into plantations and then build more and more construction.

Little of this activity has so far benefitted more than a handful of people in Sarawak, beyond people like himself.  The rest of the people have lost their lands and livelihoods and received little in compensation.

However, we can demonstrate that Daud has profited out of every stage of the process that he has been driving as a politician! 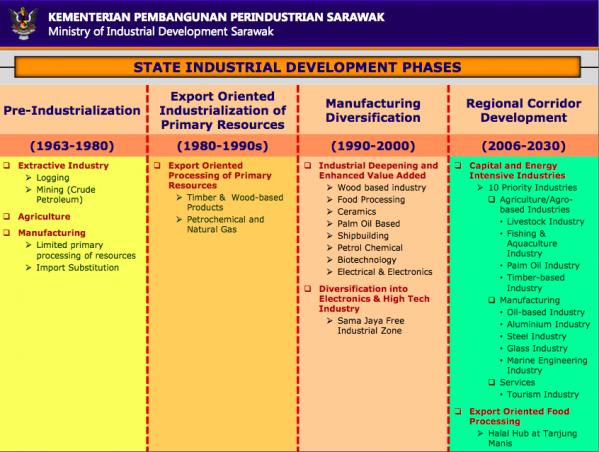 Daud's vision of Sarawak from his own presentation. First extract the wood, then grow oil palm, then build factories

After all, Eastbourne Corporation Bhd started off with a nice set of timber concessions during Sarawak’s “extractive phase”, under an earlier name as Eastbourne Estate. 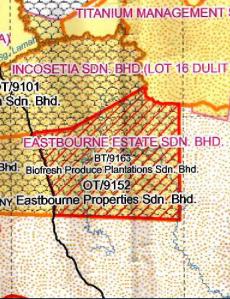 Lucky Mrs Daud!  We can see from our map leaked from the Forestry Department’s (right) that she even got a huge Belian concession.

These Belian concessions, as we now know, are the special favour that Taib likes to give out to especially loyal BN YBs.

We can also see from the map that, once the area had been logged, the BN YB Daud’s family enterprise started to take advantage of Sarawak’s “plantation phase”, with a very large area handed out to the key PBB politician through the company Eastbourne Properties.

We ask, what opportunities for enhanced living did any of this ‘development’ offer to the native people of these areas, whom the non-native Mr Daud was seeking to act as a representative for? As we all know, they are left impoverished and do not even have work on the plantations that pay below subsistence wages.

Our leaked Land & Survey Department list of plantation concessions (above) shows that the concession awarded to Eastbourne Properties Sdn Bhd in 2007 was registered under the very same address as the current Eastbourne Corporation HQ in Kuching.

So is it about time to look at who is really in charge at the Eastbourne group of companies? 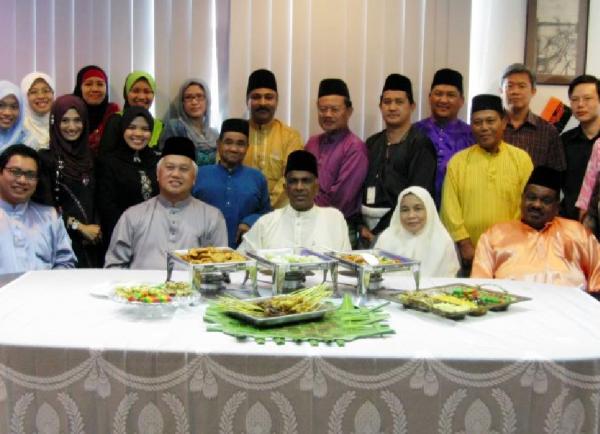 Eastbourne's staff line up - so look who's boss! Sitting in the middle is BN YB Daud Abdul Rahman with his wife at his side

In fact Daud doesn’t really try very hard to cover up the fact that he is really the boss of the Eastbourne group, maybe because he so pleased with himself about it? 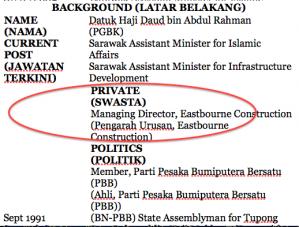 Daud even boasts his private role as MD of Eastbourne Construction on his Sarawak Page outlining his public role as a Minister!

He even mentions it on the government’s official Sarawak Page website CV!

So, once the Land & Survey Department had so generously decided to hand this plantation to Development Minister Daud for the supposed price of RM3.7million in July 2007 what do we think he did with it?

Well, it is perfectly easy to find out that the plantation now belongs largely to WTK’s subsidiary, Biofresh Produce Plantations Sdn Bhd.  Nevertheless, it continues to be registered by the Land & Survey Department under the same address as Eastbourne!

We have established from official Bursa Malaysia announcements and WTK’s Annual Report (below) that just a few months after acquiring the plantation for RM3.7million Daud sold 80% of it to WTK/Biofresh for RM23.4million.

RM20million profit from the immediate sale of just 80% of the company!

Daud was even named as the seller in official announcements at the time.  The money he made out of the quick sale proves the actual value of the plantation that Taib’s government had handed to one of its own Ministers for just RM3.7million.  Because, Daud sold just 80% of it immediately for RM23.4million!

Investment reports even mentioned Daud as the seller by name!

This is all money that should have gone to the State of Sarawak to at least bring some benefit to the people from these destructive plantations. 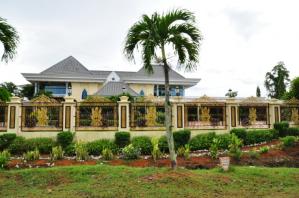 Instead the profit went to the Development Minister himself and top PBB man Mr Daud!

No wonder he manages to live in such extravagant and opulent style with a very showy house that has raised so many eyebrows in Kuching!

If Taib says bark, yes we think that Daud Abdul Rahman will bark!

So, let us deal with the suspicions about Mrs Super-Datin Abdul Rahman and confirm who is the real shareholder of Eastbourne Corporation Berhad. 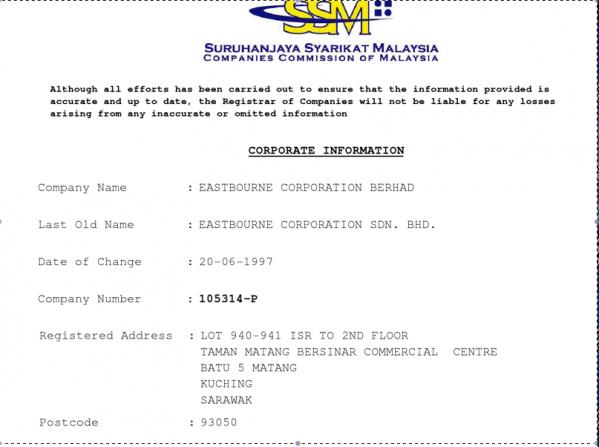 The shareholders are plain to see and the main shareholder is the BN YB Daud Abdul Rahman, who has received so many contracts for this company! 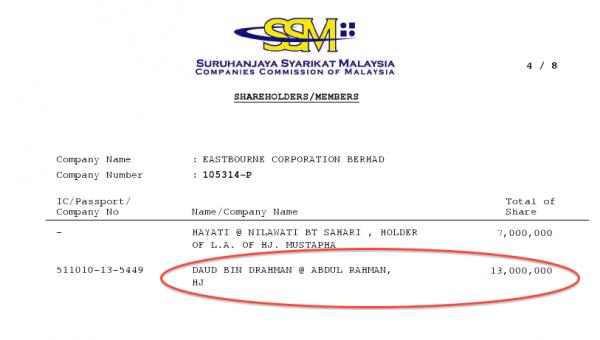 Main beneficiary is Minister of Infrastructure Development, Daud himself!

So next time Minister for Infrastructure Development lectures the people with one of his speeches about moving forward into an era of construction, remember it is himself he is thinking about enriching and not them!