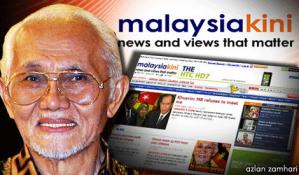 So, the threats and bluster have come to naught.  What a non-surprise!

Taib Mahmud launched his libel case against Malaysiakini way back in 2008, thundering from the State Assembly that the evidence that his brother’s company had accepted kickbacks from Japanese shipping companies seeking licences to export Sarawak’s timber was “lies”.

The Chief Minister had given his brother’s company, Achi Jaya, a monopoly over issuing those licences, by the way.  That in itself comprises blatant corruption and nepotism, so getting upset about the evidence of kickbacks is almost beside the point!

Why else would the well-connected Onn Mahmud be so interested in such a pen-pushing occupation, dishing out licences?  And why else would Taib bother to inflict it on him?

In fact, those kickbacks were worth at least US $2 billion a year for three decades, according to the industry and political insiders Sarawak Report has interviewed on the subject.  That figure is hardly contradicted by the millions which the Japanese tax authorities announced in 2007 had been paid over just a few years by just a few exporters to just one of Onn’s companies.  Regent Star Ltd received RM32million over 7 years.

The first law of a libel case is that it draws attention to the complainant! 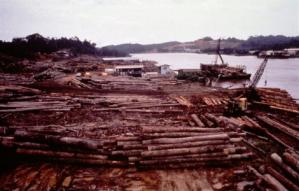 Having been caught out, Taib was determined to crush the upstart internet news provider that had brought this fact to the world’s attention.

But, what a huge mistake to sue for libel!  At least, not under circumstances where the whole affair could be fairly and accurately reported.

The reason he went ahead was that in 2008 Barisan National were not yet quite used to a media that did not say exactly what they wanted. They had long since established a corrupted monopoly over the press and broadcasting in Malaysia and they thought that was the end of the matter.  The reach of the internet, which has helped topple nasty regimes this past year in the Middle East, had yet to register with old fashioned chaps like Taib.

By the time he realised his error, the story had ballooned and all because of his own court action.

Even so, for a long while the Chief Minister still clearly hoped he could get a way with the issue, because of his sheer wealth and power.

Since BN has established control over the courts and judiciary, the embarrassed politician was pretty hopeful that he could rig a result that could drive an outfit like Malaysiakini out of business.  A huge fine should have done it !

But, unlike BN’s own controlled press, Malaysiakini has already rapidly developed respect throughout the region (and beyond) for its professional and accurate online reporting.  The world could see that their story was based on concrete information provided by the tax authorities in Japan.  Their scoop consisted of justified and fair reporting and comment. 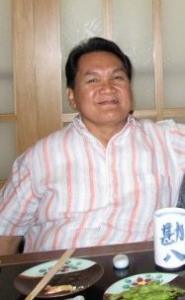 Blame him! Taib has apparently fallen out with very rich Onn.

So, while Taib ranted and raged, everyone else could observe the perfectly obvious.  Sarawak’s Chief Minister and his family have been permitting their cronies to cut down the state’s unique and unparalleled forest estate as fast as they can – and getting rich off the back of it.

With the court case about to finally begin at the very onset of the federal election campaign, it was clear that Taib had to settle, whatever it took.  His reputation could not stand such an assault and nor could BN’s.

I don’t mind doing it, but I mind you saying I do it!

Today’s out of court settlement has been a humiliation for Taib.  Malaysiakini didn’t have to pay him a cent.

What a huge mistake, all caused by anger.

Indeed, it is funny how some people are prepared to do all sorts of sinful things and yet get terribly angry and upset when others mention it.  They seem to think that if they keep their sins secret, then they are not really sins!

But, if Taib cares so much about what the world thinks, then he and his family should appear less rich. Because if you don’t want to be thought a crook, then don’t act like one.

So it was, that, as Taib’s libel case dragged on, it reminded the world, time and again, that he had handed his brother a monopoly over shipping licences and that his brother had subsequently become extraordinarilly rich.

Moreover, people were reminded that the whole Mahmud family have also become suddenly and unaccountably wealthy, thanks to a slew of monopolies, licences, concessions and state contracts handed them by Taib at the expense of the people he was in office to represent.

Once again, the first law of a libel case is that if you have things to hide, don’t bring one.

Given that Taib is a trained lawyer, it was a really bad mistake to forget this rule about libel.  Clearly, he had failed to recognise that the internet age has outstripped the totalitarian controls over media and the law that regimes like BN have imposed in countries like Malaysia.

Because of the internet, for the last 4 years he has been trying to defend a reputation that has long since been mud. 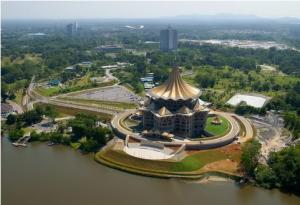 Freedom or captivity ? What does it take?

He did succeed in rigging the case.

He got the courts to make an unprecedented ruling that the hapless  defendent, Malaysiakini, should present their defence before they had even heard the plaint!  This has never happened before, because such a practice would be so unfair.  Taib swung the unheard of ruling, none-the- less.

But clearly, even with this outrageous advantage, the Chief Minister’s lawyers (and what sense he has left), were urgently advising that the last thing the tainted Chief Minister of Sarawak needed in the run up to the Federal election was for the details of how he runs Sarawak to be trawled over in open court!

All those monopolies; all those landgrabs from the state and native peoples; all that environmental destruction and all his monstrous wealth to be raked through in the dock in horrible detail!  Think of the sorts of questions Taib would have been asked in the witness box:

“Chief Minister, you attained a scholarship to university on the basis you were a penniless student.  You then went straight into public office on a modest fixed salary for the following 40 years.  How is it, therefore, that you and all your once impoverished family are now amongst the richest people in Malaysia, while the natives who lost their forests and their lands and their minerals and oil to your rapacious ‘policies’ have nothing?  Indeed they are poorer than they were under the White Rajahs a hundred years ago!  How come?”

It is plain to the whole world that Taib thought about facing such questions in open court and decided, very sensibly, that he would rather not!

Who could avoid noting however, that any honest, religious and decent man, caught up in such accusations of graft, would have welcomed the opportunity to put the record straight?

Yet in Taib’s case, even the most wild and optomistic Bomoh would have been mad to suggest he take the stand in a trial about kickbacks.  Libel is about defending a reputation and Taib doesn’t have one anymore – his record speaks for itself. 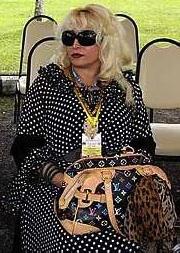 So, Malaysiakini has got off having to face one of the most rich and powerful men in Malaysia in a rigged trial.

Taib had been trying to get a settlement for months, but they had bravely refused to buckle. This, despite the rigged court, the fact their reporter on the story had meanwhile died and the decision by the Japanese tax authorities to drop their own prosecution on the kickbacks.

But, let us be clear, the Japanese tax authorities have not said the money was not paid after all.

The Japanese have just bowed to the argument that it is impossible to do business in Sarawak without paying kickbacks to the corrupt authorities – in this case Taib’s own brother!

It is for this outrageous reason that the implicated Japanese shipping merchants have been allowed to write off their bribes as a ‘business expense’ after all. Malaysia’s ruling BN, in charge of the world’s 3rd most corrupted country has to answer to that indignity. And Japan has to answer to the international community.

To get out of such discussions in court during an election, the desperate CM, who had once threatened to use all his power over the legal system to fine and destroy and possibly even imprison journalists, agreed to a simple little ‘apology’ in the light of the Japanese decision not to prosecute.

Malaysiakini had refused his original offer to drop the case if they paid towards Taib’s massive legal expenses.

They also refused his revised offer to pull out if they just paid a teeny wincy few thousand ringgit, so that he could say they had to pay damages.

But, when he came back just asking for a statement saying sorry in return for dropping the case – well why not?!

An apology, especially a qualified apology, based on a change in approach by the Japanese prosecutors, has cost them nothing!

Taib has lost his revenge…. and his reputation as well!