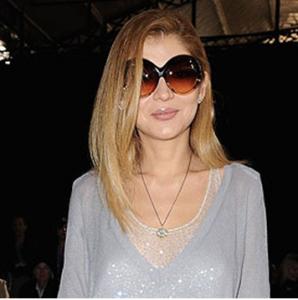 As the saga of Taib and Najib’s global image-building continues to unravel, we can reveal that they not only shared their PR advisors with the notorious dictator of Kazakhstan, but also with the even more horrendous regime of Uzbekistan, where dissidents are boiled alive!

FBC Media’s Italian branch concluded a contract with Gulnara Karimova, the notoriously grasping eldest daughter of the country’s savage dictator, to boost her public image as she attempted to launch a global fashion and pop star career. 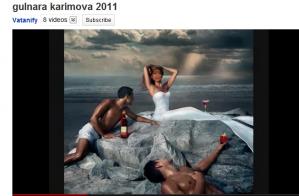 Younger generation – Gulnara likes to be known as an academic and a politician. However, this is how she promotes her singing career!

Gulnara is regarded as ‘the most hated person in Uzbekistan’, according to diplomatic cables released through WikiLeaks, because of her extraordinary raids on the country’s wealth (which includes oil and gas) and her own flamboyant self-promotion.

She is also regarded as her father, President Islam Karimov’s likely successor and the second most powerful person in the country.

When Gulnara divorced her husband, he was immediately stripped of his favoured monopoly over soft drinks in the country (which was given to her). He took refuge in the United States, but 24 members of his family were then arrested and sent at gunpoint over the border into Afghanistan!

She poses in multiple roles as a billionaire business-woman, pop singer, diplomat, government minister, her country’s permanent representative to the UN as well holding a position as a university academic and acting as patron of various organisations – all thanks to her father’s patronage! 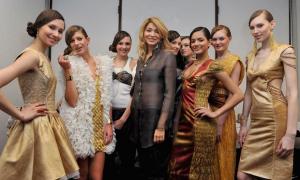 Gulnara showing off her models and designs at Milan Fashion Week

Above all Gulnara wants to be a famous fashion designer and has poured her country’s resources into fashion shows in top locations so she can show-case her talents!

Indeed, Karimova, who has been dubbed ‘The World’s Worst Daughter’, appears to combine plain greed with a burning desire to be considered sexy and artistic, as well as clever. As the pictures below would suggest, Gulnara’s Daddy has provided her with everything, except an ability to see herself as others do!

Unfortunately, this ludicrous self-indulgence has come at the expense of her people, who are kept backward and poor, despite the rich resources of Uzbekistan. 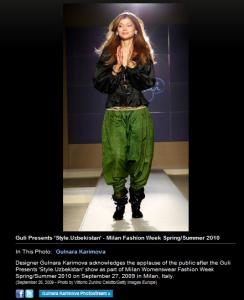 Showing off her own ‘Uzbek style outfit’

It was a situation FBC Media were clearly happy to take advantage of. In 2009 they accepted 222,000 euros (about a million ringgit) to promote Uzbekistan’s so-called ‘Style US – Art Week”, which mainly provided a platform for Gulnara.

FBC’s duties included organising fashion shows and gourmet dinners and arranging for designers such as Oscar de la Renta and Valentino to appear at the event, along with stars like Sting and Rod Stewart!

The whole contract was eagerly signed by FBC Chairman, Alan Friedman, who was clearly aware that Gulnara’s wealth could buy plenty more such self-promotion. , Gulnara is apparently notorious for demanding a slice of every successful business in the country, providing yet another parallel with Uzbekistan’s model of government and the rapacious regime of the Taib family in Sarawak. 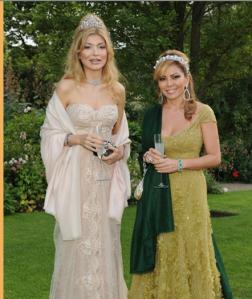 Possibly the most controversial aspect of the Uzbek regime is that it remains the only country in the world where the State formally exploits child slave labour. Around 2 million children as young as 7 years old are driven out of school every year and forced into weeks of back-breaking work to bring the cotton harvest, managed by the state.

Despicably, that slave-farmed cotton doubtless supplies much of the material that Gulnara uses for her ‘fashion business’, promoting ‘Uzbek style’ across the world’s catwalks. Her association with such a terrible trade and further accusations by her ex-husband that she has also benefited from a trade in sex-trafficking women of her own country, has led to a series of protests and demonstrations outside her shows in the US and elsewhere. 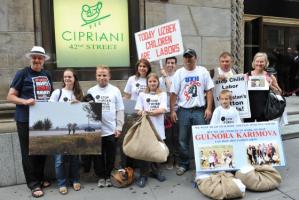 One protest against a Gulnara fashion show in the US

With such a terrible reputation plastered all over newspapers and the web and such a desire to be loved and admired, it is no surprise that glamorous Gulnara, with all her millions was beating a track to the door of FBC Media and Alan Friedman’s specialist PR services and crooked programme making.

FBC staff are reported to have been dismayed beyond belief that they were being bullied and cajoled by the aggressive Mr Friedman into presenting Gulanara on global factual TV programmes as if she was a benevolent woman seeking to help the less fortunate women in her country!

But the next contract forged with FBC’s Italian branch did exactly that. No less than three features were contracted for CNBC’s World Business, which FBC produced to showcase Gulnara and her supposed efforts to help women in her country develop small businesses. None of the movies mentioned the shocking human rights record in the country, of course. FBC Reporter Graham Addicot concentrated on featuring Gulnara as a well-meaning progressive following in the footsteps of Barak Obama!

Milan and the World Economic Forum 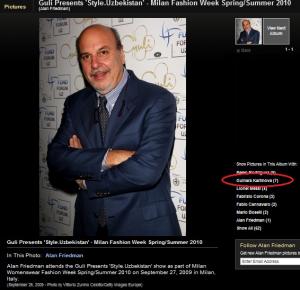 FBC were also willing to throw all their other contacts at Gulnara. They managed a gala of Style Uzbek at Milan Fashion week the following year at which Gulnara appeared on stage with her models, showing of her own creations!

Alan Friedman had himself photographed at the occasion and then went further in helping his extremely controversial client to meet up with the ‘great and the good’ of Italian business society by organising a ‘Business Seminar’ event.

Invited attendees included Letizia Morati, the Mayor of Milan, Andrea Goretti of Fininvest Group, top businessman Elio Cosimo Cantania and several other Italian movers and shakers who Gulnara was keen to get into her contacts book as she launched her global fashion plans! 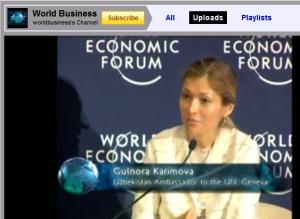 Gulanara’s ambitions went further still, as she clearly sought to promote herself as a world political and business leader as well.

So Friedman again put his carefully cultivated contacts at her disposal, by showcasing her at the World Economic Forum in Davos, where he has managed to acquire the status of a ‘Media Leader’.

Naturally, Gulnara managed another appearance on CNBC’s World Business, which FBC Media guaranteed to all its clients. But, Friedman went a step further in arranging a special private meeting between Gulnara and the highly regarded Chief of the WEF, Klaus Schwab! What great PR for the ‘Worst Daughter’ of Uzbekistan. No wonder FBC Media’s clients were happy until the whole crooked set up was exposed. 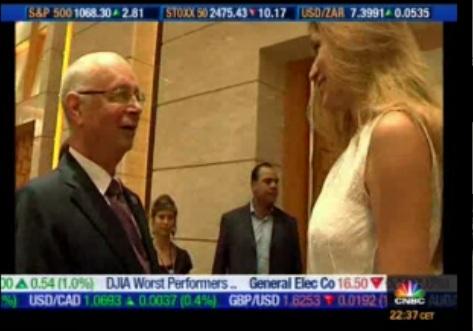 Carefully photographed and then posted up on CNBC. Schwab’s meeting with Gulnara – later it apparently continued into a private audience !

It seems extraordinary that such a prestigious world figure as Klaus Schwab, who by definition is knowledgeable about current affairs, allowed himself, like the Italian business leaders, to be introduced by FBC Media to such a person as Gulnara Karimova.

However, it cannot pass un-noticed that in the summer of 2009 Uzbekistan staged an event on the opening day of the summer World Economic Forum in China, featuring ‘Dr Gulnara Karimova’ at the head of an Uzbek Cultural Presentation. Such platforms do not come cheap at such a prestige event as the WEA.