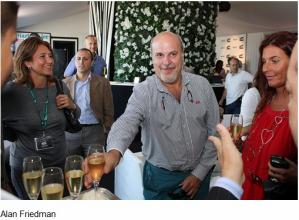 Denying all charges - Friedman still claims he never did anything wrong

Sarawak Report has learnt that FBC Media, the production company we exposed for taking nearly a hundred million ringgit to showcase Najib Razak, Taib Mahmud and other BN politicians and leaders from the palm oil business on its programmes, has gone into administration in the UK and sacked all its UK staff.

Someone, who would appear to be a former employee, has written to Sarawak Report making clear their level of disgust at the treatment by the multi-millionaire Chairman of the company, Alan Friedman, of his employees, many of whom were carrying out “entirely legitimate work”.

The correspondent says that the staff only learnt of their redundancy when they arrived at work on Monday morning to find baliffs changing the locks to the offices.  Friedman had closed up without warning and so far without paying many freelance workers, who are apparently owed tens of thousands of pounds in some cases. 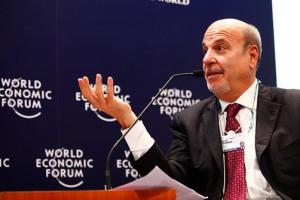 Friedman, who lives a luxury lifestyle in Rome from the earnings he has made over the past decade operating FBC Media, now appears to be planning to base his remaining activities out of Italy, meaning UK creditors will be unlikely to be able to access the money he owes.

“It remains to be seen whether Mr Friedman will look to what remains of his reputation and consider honouring those debts from his own personal and substantial funds or whether he expects innocent parties to bear the financial burden brought on by the collapse of FBC Media due to his alleged actions”.

According to the insider, the former PR man come TV producer continues to deny all the charges against him that he broke broadcasting laws by promoting PR clients on his TV shows. 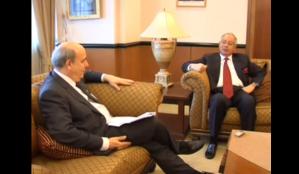 Nevertheless, his major clients CNBC and BBC World have severed all programming by FBC Media and the media watchdog Ofcom is currently conducting an enquiry into the company’s breech of regulations.

The full story of Sarawak Report’s expose of FBC Media and the company’s links to Taib Mahmud can be read in the Dirty Tricks section of this website.  We would like to offer our heartfelt commiseration to all hard-working staff who have lost out because of the unethical activities of some of FBC’s bosses and their failure to honour their obligations to people who have worked for them.

This is the email in full:

FBC Media has now gone into administration and all employees made redundant. They learned of their redundancy on Monday 24 October when baliffs arrived to change the locks on the offices. Whilst staff have been paid many freelancers are still owed tens of thousands of pounds, for entirely legitimate work for various clients carried out over the past few months. FBC Group (based in Rome) is still operating. It appears as if most assets belong to the separate italian based company which the UK administrators cannot access. Alan Friedman has homes in Rome, Tuscany and Bali but his creditors face a bleak future. Mr Friedman has expressly said the company wouldn’t fold and that all allegations being made against the company were untrue. Mr Eckart Sager (President) also sought to reassure creditors before the collapse of the company that people would be paid. It remains to be seen whether Mr Friedman will look to what remains of his reputation and consider honouring those debts from his own personal and substantial funds or whether he expects innocent parties to bear the financial burden brought on by the collapse of FBC Media due to his alleged actions. 26/10/11