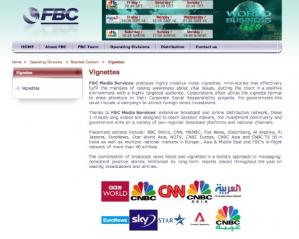 CNBC's flagship World Business show, made by FBC Media, has been axed!

We revealed how BN politicians, including the Prime Minister Najib Razak, Abdullah Badawi and Taib Mahmud have been paying the production company, the UK-based FBC Media, millions of ringgit of taxpayers’ money to buy them positive publicity on the show.

Allowing slots to be purchased in this way, deceiving millions of viewers who thought they were watching impartial programming, is a serious breach of broadcasting laws, for which broadcasters such as CNBC’s parent company, the American broadcasting giant NBC, would be held ultimately responsible.

Last night the company’s Vice President of Marketing & Communications, Charlotte Westgate, made this statement to Sarawak Report confirming the decision to withdraw the show:

“In light of serious questions raised last week, CNBC immediately initiated an examination of FBC and its business practices and has withdrawn the programme ‘World Business’ indefinitely.” 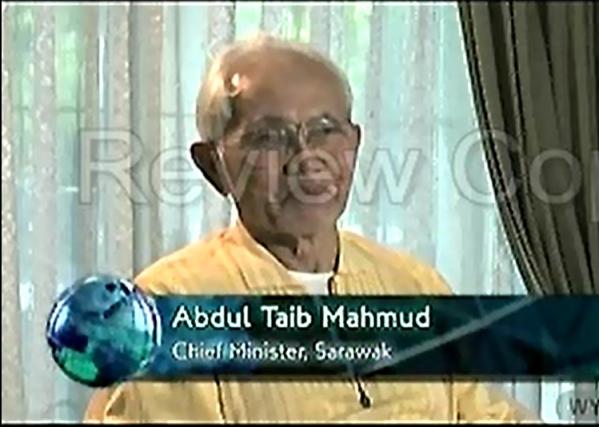 The BBC, who also carry programmes by FBC Media have yet to respond to our enquiries, however it is believed they too have launched an immediate enquiry into the activities of FBC Media.  CNN has also carried a number of suspect shows made by FBC, including a number of interviews with Najib by the company’s President John Defterios.

Meanwhile, there remain many questions that the broadcasters still need to answer.  According to broadcasting laws it is the broadcast company that is held ultimately responsible by the licencing authorities for the content of their programmes, so how could they have allowed the corruption of one of their top shows by Malaysia’s BN politicians to carry on for so long?

Our key questions are these:

Did CNBC not notice how Malaysia was being constantly featured, showing nothing but praise for the BN government, despite widespread concerns about the country’s corruption?

Did CNBC not examine FBC Media’s business model, available on their website, which plainly shows how the production company doubled up as a PR company flogging slots on their shows to top dollar clients?

And, our most important question of all, can CNBC please make public the arrangement under which they commissioned the World Business programme from FBC Media ?  Evidence from FBC’s previous Annual Reports indicates that CNBC was getting the show for free and leaving it to FBC to raise their income and profits from “sponsorship”!

FBC's Annual Report from 2005 explains the remodelling of World Business as a free programme for CNBC, financed by sponsorship!

If this evidence from FBC Media’s Annual Report, registered at the time World Business was commissioned by CNBC, is true it would make the broadcaster itself deeply complicit in the corruption of the show. 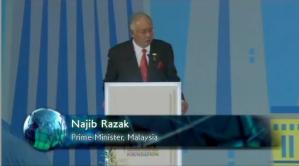 Najib featured on the programme numerous times, as did his wife Rosmah, promoting herself as 'First Lady'

Sarawak Report will shortly be releasing further material from its extensive investigations into the corruption of the international media by Malaysia’s BN politicians.

Meanwhile, we leave Malaysian taxpayers with this final question.  Why was their public money being used to fund this illegal activity of buying puff-pieces on global TV news programmes ?

Najib, Taib and all the BN politicians who were purchasing slots on shows were doing so to shore up their own political positions and counter critics.  Public money should not be spent on dirty party politics at the very least this money should have been coming out of BN’s own pockets!

We are talking about a recorded RM57.68 million paid out by the Prime Minister’s office to FBC Media in 2008-2009 and a further RM42 million recorded for further global strategic media campaigns last year.  On top of this Taib Mahmud had contracted FBC Media for a further RM15 million a year.

To cap it all it turns out that the money has been wasted on a flop.  All this corrupt activity has been easily exposed and can now only backfire on BN and Malaysia providing terrible PR and exposing the country to the world for the corrupt practices that its ruling party are willing to indulge in.

Malaysia’s million dollar Global Strategic Communications Campaign has been a disaster, but the taxpayer will be lucky to ever see one ringgit back from FBC Media of all the money spent by BN on their behalf. 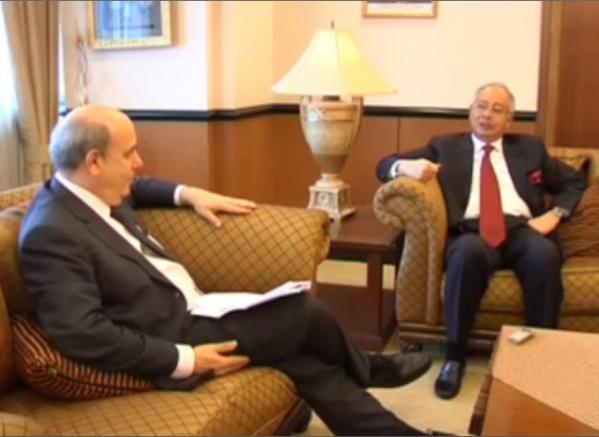 Chairman of FBC Media made a fortune out the Malaysian taxpayer from interviewing and promoting Najib Razak. What good has it done?