The Sultan of Bintulu Helps Himself to The Airport! 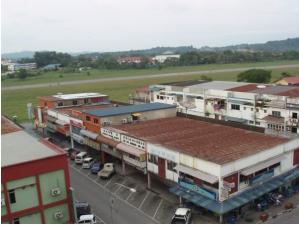 The Old Bintulu Airport now occupies a prime space in the centre of the town.

Businessmen in Bintulu have been eying the opportunity of acquiring the vast area of the Central District occupied by the old airport.

This is public land, of course, and so its disposal comes under the control of the Chief Minster, because (outrageously) he is also the Planning and Resources Minister and Finance Minister and the man who dominates his home district of Bintulu.

Under an honest administration this valuable land would be auctioned openly and conditions would be attached to benefit the wider community.  Such rules would not deter plenty of businesses that would be happy to make a go of improving the centre of their town.

Sadly, it will come as little surprise to readers of Sarawak Report that we have now received information that the Chief Minster has, instead, secretly handed the entire area to one of his own favourite family companies, Naim Cendera.

Handed over to nominees at a nominal price! 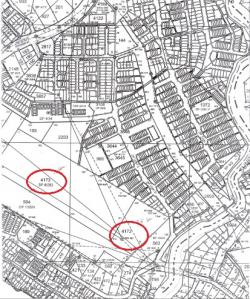 A trip to the Land Registry in Bintulu has revealed that this vast area of prime land, two plots of 11.852 hectares and 2.841 hectares, was quietly handed to Naim Cendera in November 2008.

The rent requested for these areas is ridiculously low RM88,890 per year and RM3,409 per year respectively (with no requirement to put it up over the 60 year lease provided).

A deal of just over RM 4 million for the premium on the land is also registered, which again is peanuts for land that could raise Naim Cendera tens if not hundreds of millions in profits.

An insider has told Sarawak Report that during the secretive planning negotiations a ‘smart’  deal was arrived at whereby the runway, which is federal land, was planned for conversion into a dual carriageway to service the centre.

In this way the premium has been largely avoided, ignoring the value of the surrounding land.  The two plots are assigned in the planning documents to commercial and residential purposes and both have been handed to Naim Cendera. 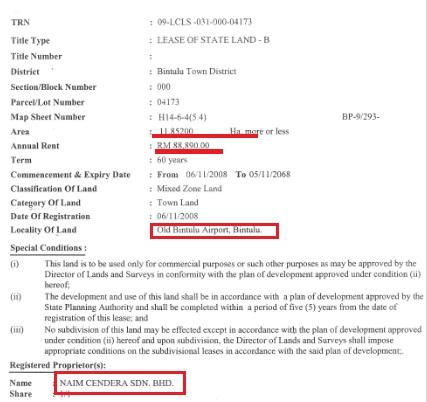 The former town-planner and member of the Bintulu Development Authority (and till recently a Director of Naim Cendera) Sylvester Ajah Subah says he knows just how the system works, which is why he is now campaigning as the candidate for the opposition PKR (PR) in the nearby constituency of Dalat in Mukah.  He told us there is no such thing as transparency in Sarawak: 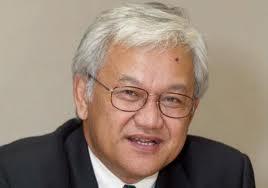 Sepawi – cousin to the Chief Minister. How come he does so well when it comes to Government contracts?

The Blue-eyed Boy in question is of course Hamid Sepawi, the Chief Minister’s own cousin, who works with his ubiquitous partner Hasmi bin Hasnan in charge of endless construction businesses, public bodies and plantations all over Sarawak.

The duo are the veritable Tweedle Dee and Tweedle Dum at the top of numerous Boards of Directors and between them they own around half of the supposedly public holding company of Naim Cendera!

Both men have also featured on Malaysia’s Top 30 Rich List, owing to their vast shareholdings in the enterprises they manage.  Time and again their success can be put down to the good fortune of being chosen by Taib to be awarded contracts and land concessions.

It is hardly surprising therefore that most insiders in Sarawak regard the men as none other than proxies and nominees for Taib himself – men behind whom the Chief Minister can hide his own business interests.

Consider how Tweedle Dee and Tweedle Dum started out in life.  Let’s put it this way, they were nobody very much before Taib hit office in 1981, but after that their careers went stratospheric!

Take Hasmi bin Hasnan.  His CV for Sarawak Plantations (which is a venture benefiting from the acquisition of over 50,000 hectares of State plantation lands which Taib decided to privatise ) explains that the 54 year old had been a humble valuer in the Land and Survey Department, until Taib took over in 1981 and made the department his crucial power-base for talking over the lands of Sarawak: 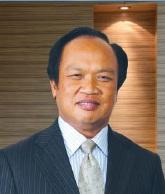 From valuer in a government department to top businessman in just a few years!

“He began his career in 1979 as a valuer n the Land and Survey Department of Sarawak.  Since 1982, he has been involved in a wide range of businesses, including valuation, project management, property development and management, timber, construction and and publishing.  He has been the Managing Director of Naim since 25 July 2003 as well as Non-independent Non-Executive Chairman of Sarawak Plantation Berhad since 30 August 2005.  He also holds various directorships in other companies.  He was awarded the Property Man of the Year for 2008 by the International Real Estate Federation in Kuala Lumpur” [Sarawak Plantation An. Rpt 2009]

Hasnan is the Executive Chairman of Sarawak Plantation and, together with the Director Hamid Sepawi, owns over 30% of this company made up of lands previously owned by the State under the Sarawak Land Development Board.

“He has been a substantial investor in a number of oil palm companies for about ten years, including such names as Landang Selezu Sdn Bhd, Medan Sepadu Sdn Bhd and Butrasemari Sdn Bhd.  He is very active in timber, property, construction, as well as the oil palm business.  He has been the Executive Chairman of Ta Ann Holdings Berhad a resource-based group since 1999, the Chairman and and a substantial shareholder of Naim Holdings Berhad and the Chairmand of Sarawak Energy Berhad (SEB), a company that owns 100% of a power-generating company in Sarawak namely SESCO Berhad” [Sarawak Plantation An.Rpt 2009]

Both these men have also benefited from their own extensive personal plantation licences of course and Hamid has also been appointed Chairman of SESCO, the public company that holds a monopoly over electricity supply. 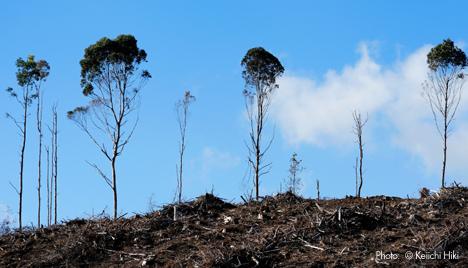 Sepawi poses as a tree-hugger, but his company Ta Ann has sparked fury in Tasmania as well as Sarawak for its plunder of the forests

Hamid Sepawi also is the major shareholder in another supposedly public timber and plantation company Ta Ann – he owns a third of the shares in the company, which declared RM 1.5 billion in assets last year and a profit of RM 72 million.  We are sure that Sepawi remembered to thank Taib Mahmud for all those concessions and licences that have been made available to Ta Ann through the behind closed doors negotiations that the Chief Minister favours when it comes round to deciding who gets what.

One can, on the other hand, forgive the suspicions of those who believe that this cousin of Taib is in fact just doing business on the Chief Minister’s behalf and holding most of that money in trust for him.  After all, documents obtained by Sarawak Report prove that it was through just such a use of nominees that Taib shielded his real interest and shareholding in his North American properties! 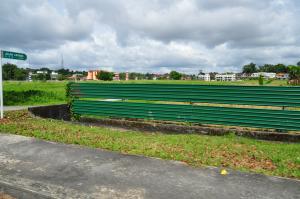 Traditional government housing and nice fields in Batu Lintang, due to be developed by Naim Cendera

It is not just the businessmen of Bintulu that have been disappointed over the favouritism of the Chief Minister towards his Blue-eyed boys.

Over in Kuching there was anger and dismay in January of this year when another prime piece of government land was handed over for commercial development to Naim Cendera again for what was regarded as a way below market price.

14 hectares of government housing land with extensive traditional grounds was slipped into the possession of Naim Cendera by cousin Taib Mahmud for a mere RM 20 million, which local businessmen consider to be a fraction of its real value.

This means that not only did the other local businessmen lose out (as usual) from the chance of winning a good contract, but the Sarawak taxpayer lost out, because so little money was gained from the sale of the public land.  But, in a year or so, if BN get back into power, the profits will soon begin to pour into the Naim as it starts to develop the site.

Sub-contracting and the Bengoh Dam

There is money for Naim, even if the company can’t actually perform all the contracts that are handed to it.  Lots of money.  One recent example of the scandalous skimming of public money by the Taib family through the sub-contracting of public contracts was the awarding of the Bengoh Dam to Naim Cendera for RM 310 million.  Sepawi promptly sub-contracted the whole job on to Synohydro a mere RM145 million, leaving a profit of RM165 million of taxpayers’ money neatly in the pockets of Taib’s cousin Hamid and his fellow shareholders! 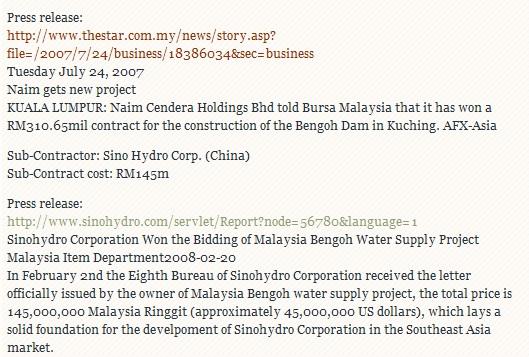 Good detective work by the Dayak Blog in 2008, which spotted the RM 165 million difference between the award of the project to Naim Cendera and the subsequent sub-contract to Synohydro Corporation!

Such a handsome profit for Taib’s family member puts the ‘generous’ compensation payments touted for Bengoh’s Bidayuh villagers, who have been forced from their lands and seen their territories stripped bare, into some perspective!